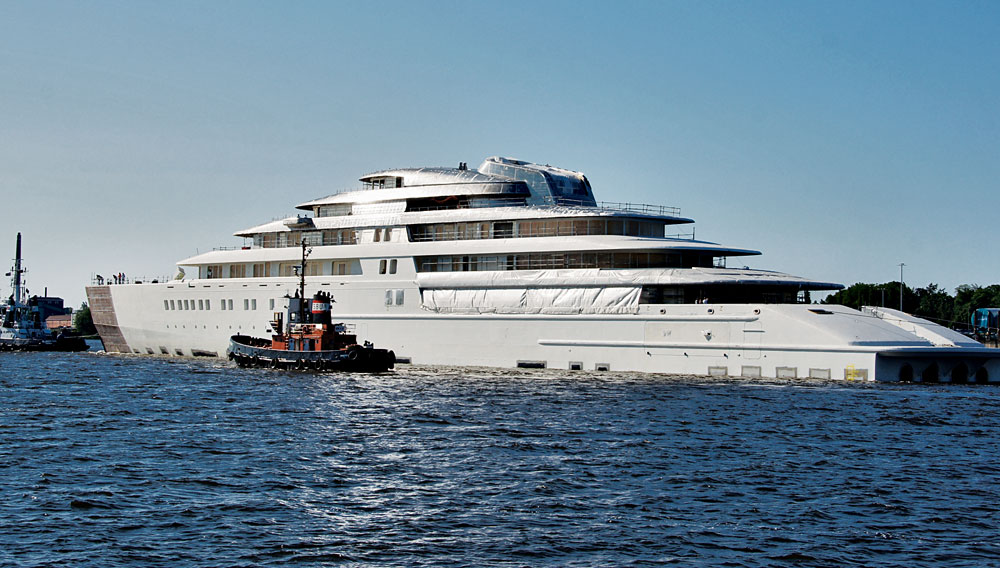 The title of world’s largest yacht soon will belong to a vessel known by the code name Project Azzam, which, according to reports, German shipbuilder Lürssen expects to complete by the end of 2013. Lürssen is under a confidentiality agreement not to release details about Project Azzam, but various reports estimate its length at approximately 590 feet, which would be nearly 60 feet longer than the Blohm & Voss–built Eclipse, currently the world’s largest yacht. Italian naval architecture firm Nauta Yacht has reportedly confirmed that it is responsible for Project Azzam’s exterior design. Spy photos reveal a possible seven decks, as well as four large tunnels located at the stern waterline, suggesting that jet drives will power the vessel. Reports also say that Project Azzam will reach a top speed of 30 knots, an impressive pace for a yacht nearly as long as two football fields. Lürssen,www.lurssen.com