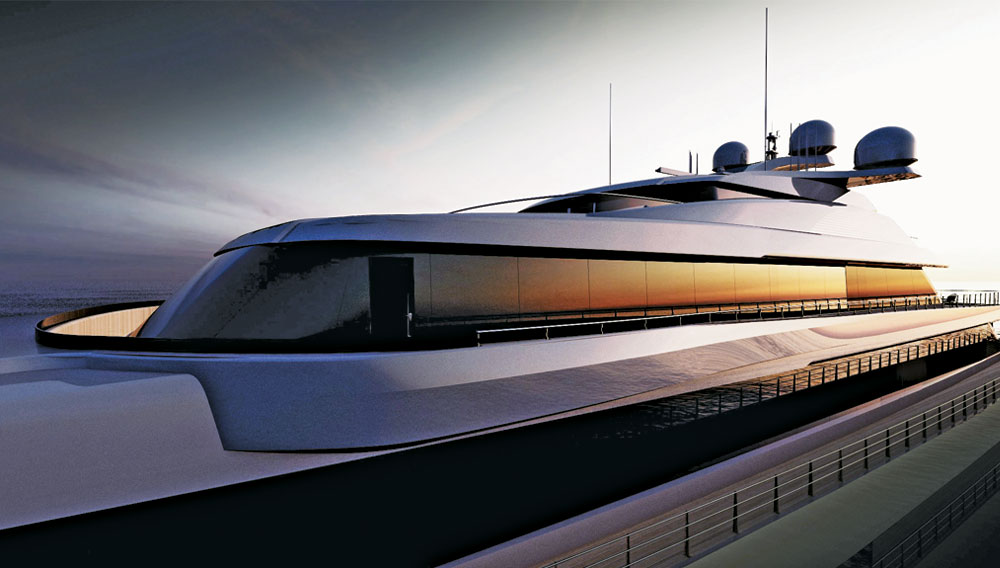 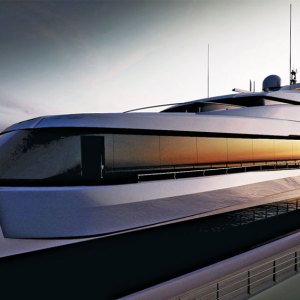 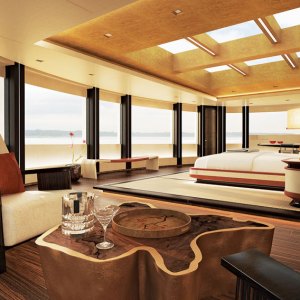 When the Chinese boatbuilder Pride Mega Yachts completes Illusion later this year, the 291-foot superyacht will establish a new benchmark for China. With its length, plus a beam of 52 feet and a total of six decks, it will be the largest (most voluminous) yacht ever built in the country.

Pride, which is located on the Yantai Peninsula, is owned by the international manufacturing and shipping company China International Marine Containers. Before a recent rebranding by the company, Pride was known as CIMC Raffles Yacht. Under its previous ownership, the boatyard was called Yantai Raffles and was renowned for working on two unusual designs: the 296-foot Nero, which resembles J.P. Morgan’s yacht Corsair, and Asean Lady, a 289-footer based on an outrigger canoe.

CIMC had acquired Yantai Raffles and the plans for Illusion by 2010 and began building the yacht in 2011. It expects to deliver the vessel to its owner in early 2016. Fraser Yachts of Monaco brokered the sale of Illusion in August. It did not disclose the buyer or the price.

The yacht’s contemporary naval architecture was drafted by Azure Naval, a Dutch firm that has contributed to the design of more than two dozen superyachts, including the 300-foot Equanimity, the 282-foot Seven Seas, and the 248-foot Anastasia. Illusion’s interior, which features an abundance of spacious living and entertaining areas trimmed with light woods, stone, and metal, is the work of Sander Sinot. The Dutch designer’s résumé includes interior design for the 288-foot Musashi and Fountainhead, both built by Feadship.

Illusion’s interior features lounges on the main and upper decks that are connected by a glass staircase, as well as a cinema, two VIP suites with open-space bathrooms, a bridge-deck lounge that offers panoramic views, and an owner’s stateroom with a private deck and a fully equipped spa. An aft-deck infinity pool and a beach club are among the exterior features. Illusion accommodates 14 guests and 27 crew. Powered by twin Rolls-Royce diesel-electric propulsion engines, the yacht reaches a maximum speed of 17.5 knots, cruises at 14 knots, and has a range of 7,000 nautical miles.

Illusion’s status as the largest yacht built in China may not last long: Pride has two other vessels in development that will dwarf it if they are built. Tomorrow is projected to be 357 feet, and the plans for Estatement call for a length of 377 feet.