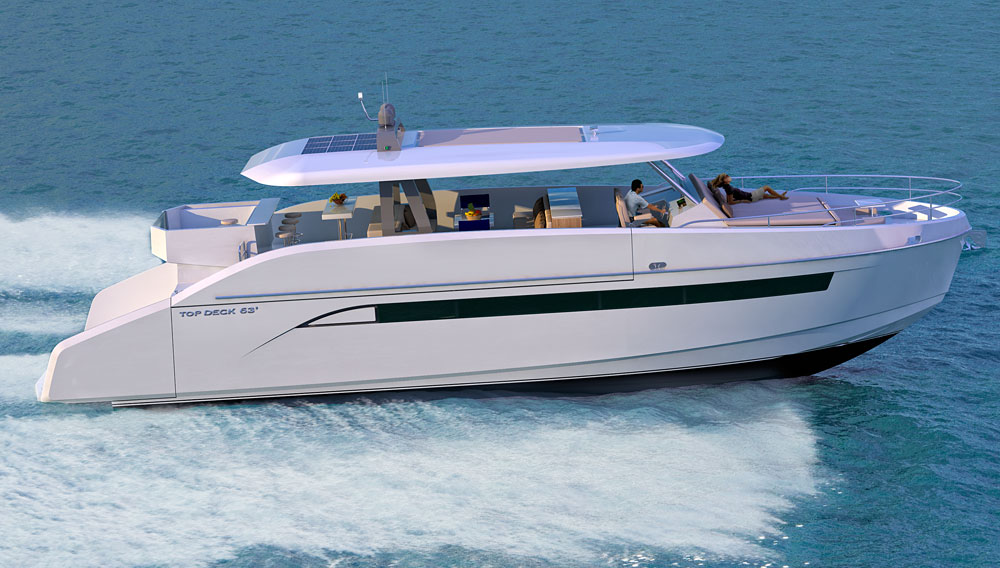 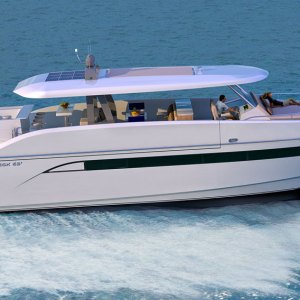 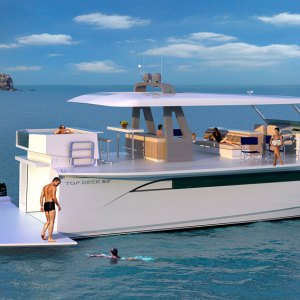 The Top Deck 63 is the brainchild of Luiz De Basto, and while it started as a concept project, it is now a series yacht under construction at Spain’s Astondoa shipyard. The first model will debut at the Cannes yacht show in September. The all-fiberglass 63-footer was designed to appeal to youthful owners and families who want to make the most of an active lifestyle on the water. To that end, the upper-deck bulwarks of the Top Deck 63 fold down, making it more of a party deck. The transom garage, whose size rivals those of garages in far larger yachts, doubles as a beach club—yet another feature found aboard much larger vessels. When everything is folded back up, the Top Deck 63 should see a top speed of 36 knots, powered by a Volvo Penta IPS drive system. (www.astondoa.es)