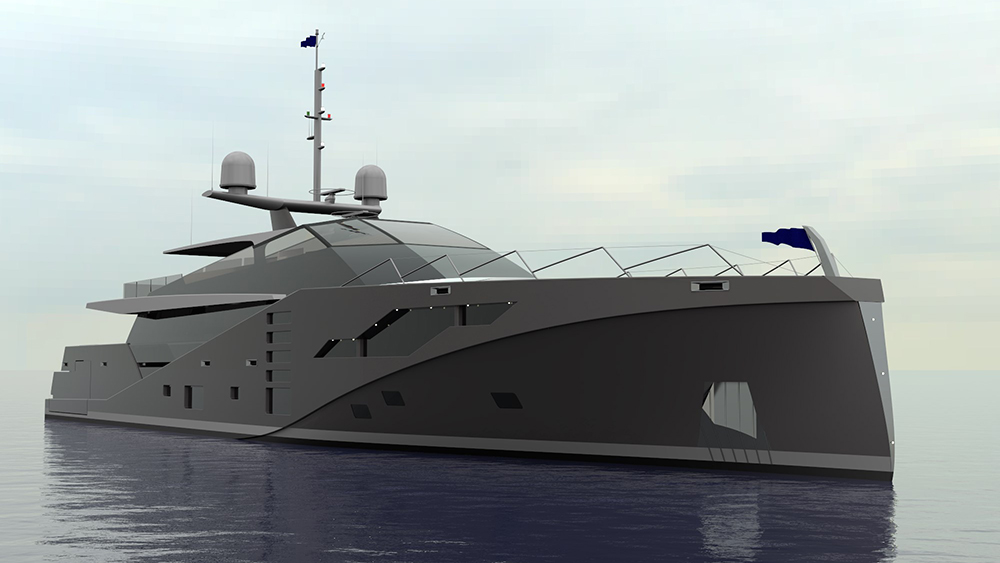 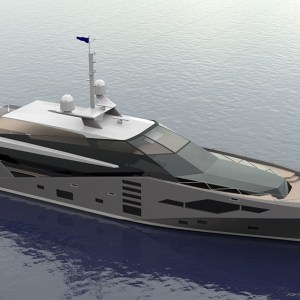 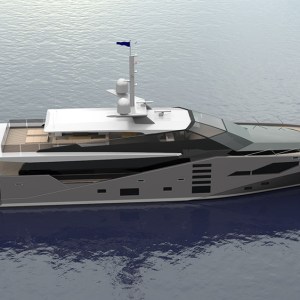 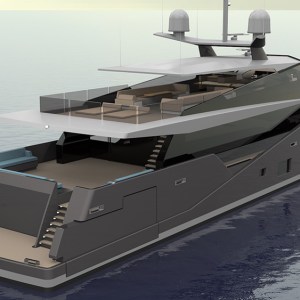 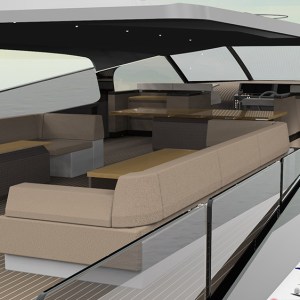 With its multifaceted-plane exterior, Peter Bolke’s Project Stealth ARV looks like a military anti-radar craft. But the Southampton, UK-based designer created the 151-foot luxury yacht to be as aesthetically pleasing as it is geometrically precise. Bolke, a former designer for Dubois Naval Architects, was actually trying to solve a problem common to most yachts its size—how to design a flybridge that is easier to navigate for the guests and crew.

Most yachts this size either have a flybridge that is much taller than the main deck, often necessitating an Everest-like climb up stairs not only for the owner and guests, but also for the poor stewards or mates carrying trays of food up and down. These boats often have raised-pilothouse designs sandwiched between the two decks. The helm is not on the bridge, which is a plus, but the positioning makes it hard to navigate for the owners and crew.

Bolke decided that a flybridge with a flush deck that included the enclosed helm area behind the yacht’s main windshields was the best solution, both for practical movement through the yacht and for the aesthetics. The idea is clever, converting a much smaller sport-boat design with a large wraparound windshield into a superyacht feature.

“Optimizing the layout for the best routing for the interior bridge and flybridge forced certain styling redesigns,” says Bolke. “As it turned out, it’s an aggressive look that works best with a more angular surface structure.”

The design allows the large windshields to be slightly curved, but the rest of the yacht has large flat-glass panels that give it the stealth look. Using so many flat-glass panels is also a plus for the build process because of the complexity of curved glass panels along the sides. Bolke’s modular design also means Project Stealth can be built either in aluminum or composite, which gives the owner important options when choosing a shipyard.

Beyond its military-like exterior, Project Stealth has the usual luxurious features of a yacht its size, including a large saloon and forward master suite on the main deck, four double staterooms for guests, and four crew cabins on the lower deck. Bolke paid close attention to access across the yacht. There are stairs along the side of the yacht for easy boarding, while the aft swim platform has a short, wide set of stairs up to the main deck. There are aft and side doors from the saloon to the side decks, internal stairs to the bridge, and wide passages along the sides to the foredeck.

When built, Project Stealth will be powered by twin 1,200 hp diesel engines that should give it a top-end speed of 16 knots, with a range of 4,800 nautical miles at friendly cruise speed.