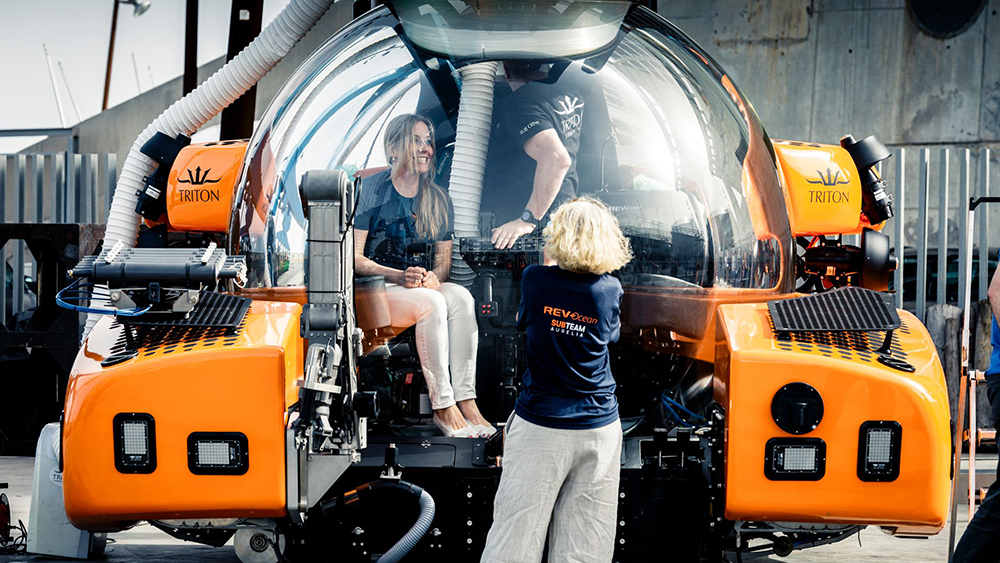 Some submarines are intended for a life of underwater fun, others are destined for far greater things. REV Ocean’s newest fleet member falls into the latter category.

Deep-Submergence Vehicle (DSV) Aurelia, which was built by Triton Submarines, will be used by the Norwegian nonprofit to further vital ocean research via any array of deep-sea missions.

The first of her class, Aurelia (or the Triton 7500/3) has been labeled the world’s deepest-diving, three-person acrylic submersible. In fact, the self-propelled vessel can travel all the way down to 7,500 feet. What’s more, she features a huge acrylic sphere that gives seafarers an exceptional, unobstructed view of the underwater world. (Triton’s newly unveiled 660/9 AVA and 660/7 AVA models also feature this cinema-like cockpit.)

Powered by a 40 kWh battery, Aurelia can travel at speeds of up to 3 knots for roughly 10 hours at a time. The sub is also fitted with sensors, tools, cameras and sampling equipment to help researchers and scientists carry out their work.

The exterior of the sub is finished in a striking metallic gold hue. Quite fitting given Aurelia, or Aurum, means “the golden one” in Latin. Aurelia aurita is also the scientific name for moon jellies, which will no doubt be spotted on underwater expeditions.

Speaking of expeditions, REV Ocean’s other deep-sea vehicle, ROV Aurora, which entered service last October, has already achieved a few milestones. The vessel successfully dove the Malloy Deep and the Gakkel Ridge in the Arctic Ocean this past April, cruising down nearly 13,000 feet and sampling hydrothermal vents for the first time.

“With both Aurelia and Aurora now in service we have the best tag-team in the world for conducting cutting edge ocean science, education and communications,” REV Ocean’s CEO Nina Jensen said in a statement.

Aurelia will now go through extensive sea trials around the Balearic Island in the Mediterranean, before she’s delivered to her owner and primed for her first mission.