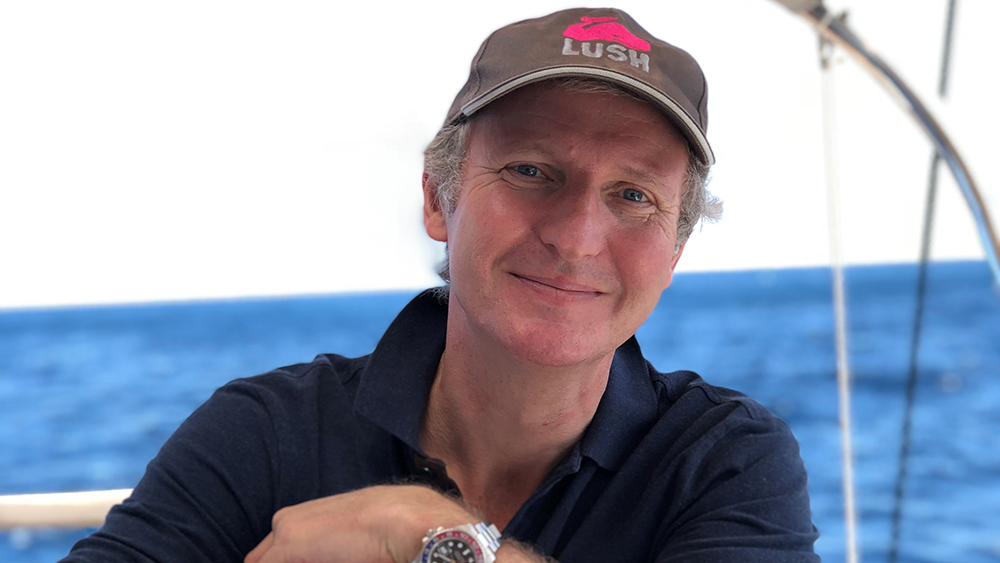 Just 18 months after taking the helm of a flailing sailing-yacht company, its new owner has not only met every benchmark toward getting it back in the black; he’s launched the first of a whole new line of boats in the brand’s portfolio. The new 565 range, plus increased annual production and two new classes of yacht, should help to fully right the ship, says rescuer-in-chief Richard Hadida. In the past, Oyster Yachts built a mere 15 boats a year, and Hadida, who made his fortune in casino gaming software, is betting on bringing that number up to about 25. “The business will be very healthy if that happens,” he says.

Though his three-year turnaround plan is on track, the details got more complicated than anticipated. For example, Oyster used to buy hulls from another company that also went under, so he bought that business as well. Bringing the hull construction in-house required a big investment of capital, but it also means the company will have the capacity to increase production. His plan to steer the company out of the red involves a two-pronged approach: Build the boats more efficiently, and eliminate discounts on boat sales. “We have to protect the margin,” Hadida says. “It’s the most fundamental thing.”

To help with that, he hired Becky Bridgen, a former mergers-and-acquisitions consultant, as Oyster’s chief financial officer—and woman on the ground. “I initially came to give Richard a few hours of advice on how to acquire Oyster from the administrators,” Bridgen says, “and here I am still, one year on.” While Hadida was busy getting his life to a place where he could step over to Oyster and do his thing, Bridgen was the one to open up the shipyard’s gates and get business rolling again. 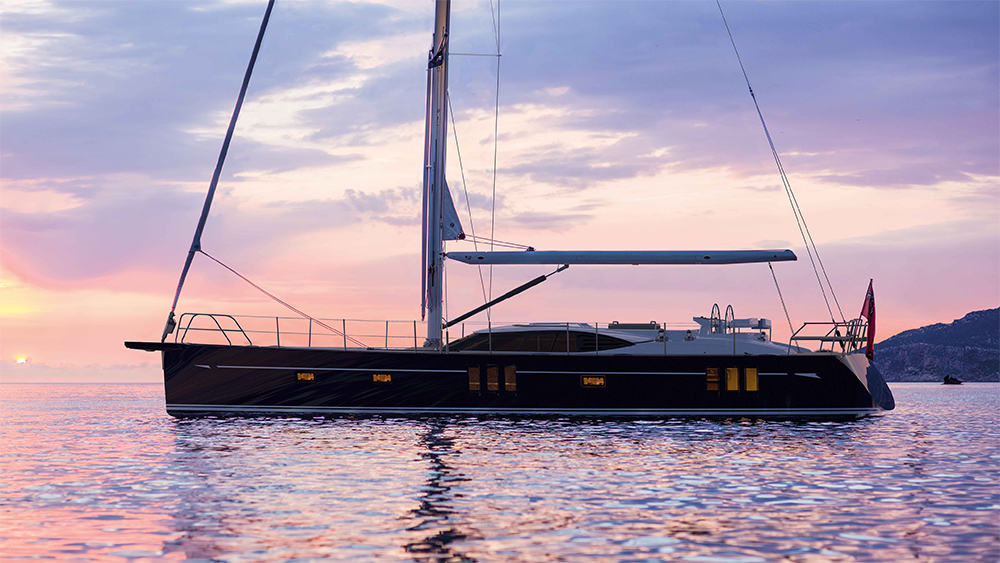 First on the list was to make good on the orders that were already contracted or in build. “It is a fantastic brand that built amazing yachts, but we were starting out all over again,” Bridgen says. “We started with no staff but were faced with a number of owners with part-built yachts that we needed to help get completed. Our first yacht handover was four months later.” Just five months after taking over, the company had already signed contracts to build new yachts. Hadida estimates that Oyster finished 12 boats while simultaneously updating the yard with state-of-the-art systems and processes.

Next, he streamlined the number of models Oyster will offer and build. He took it down to six, ranging from 56 feet to 123 feet in size and priced from $1.76 million to $25 million, depending on size, fit and finish. “And out of those six, three of them are absolutely brand-new,” Hadida says. “We’re just producing the first ones. These are the first 565s coming out. They’re all brand-new-designed boats, first of class.”

“We have clear milestones for delivery of results, both financial and production-wise,” Bridgen says. “We are on track at the end of year one, and the number of new yachts to deliver in the current year is on target, with the 565 being very well received at its recent launch. It’s the first of the new Oysters in the 50-foot range, our new Pocket Superyacht. Sales of this yacht and our larger 675 and 745 will see us return to profit in 2020.” At press time, Oyster was preparing to launch its new flagship, the 123-foot Oyster 1225. 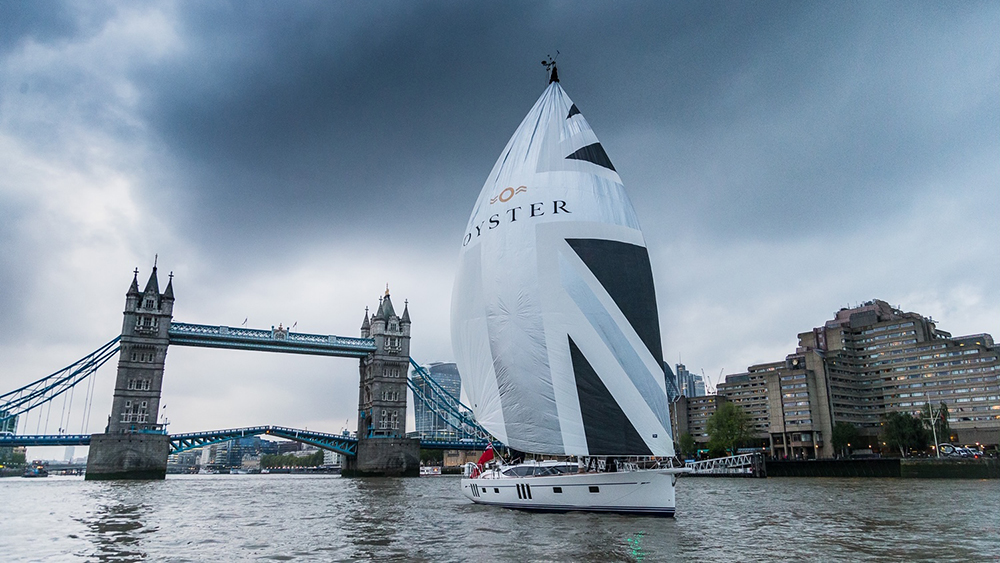 Owning a shipyard wasn’t Hadida’s long-term goal or even a pipe dream. In 2006 he started Evolution Gaming, a top casino gaming-software business, which employs more than 5,000 worldwide and has a $3.2 billion market cap on the Swedish Stock Exchange. But his love for sailing and the 46-year-old British sailing marque motivated him to embark on the unexpected challenge when, in February 2018, just a few weeks after Oyster Yachts booked its biggest order ever, the yard suddenly shut its doors amid the celebration, shocking not only the sailing community but also its nearly 400 employees. “All I can gauge is that they didn’t sell the boats for the right margin. Simple as that,” says Hadida.

These days, as the sole owner of the yacht company, he has stepped away from his tech business and is fully focused on the yard. “It’s not something you can do part time,” he says. “But I also love it here.” The 54-year-old British businessman fell in love with yachting when he chartered a boat for his sister’s wedding in the Greek islands—he wanted to impress his then girlfriend, now wife, Jenny. They sailed from Athens to the wedding through a storm. When they spotted the island on the horizon after the storm broke, he thought, “‘Oh, my God. We did it.’ It was a very important moment for me,” he says. “That’s when I got into sailing, and I never looked back.” The couple waited to make it a regular part of their lives until both of their sons (now 12 and 15) could swim. Five years ago, when the younger one started swimming, they bought the Oyster 885 sailing yacht Lush. 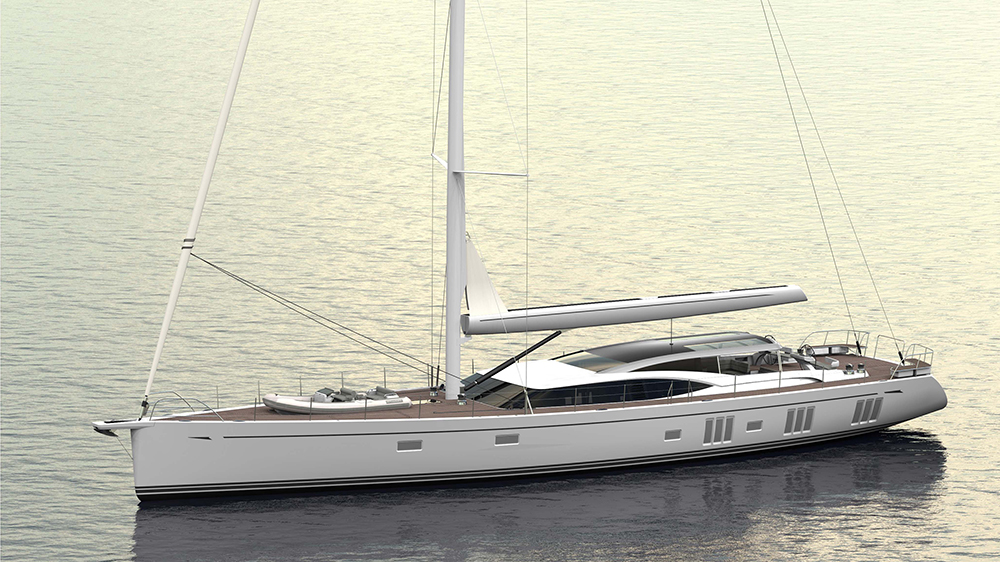 Hadida has turned his passion for sailing into a business venture and acknowledges that some people say that isn’t a good idea. “But I’m doing it, and so far, everything I’ve done has worked. There’s no question that we’re achieving what we want to achieve. And by this time next year, we will be well into the land of profitability.”

The next step in Hadida’s plan of attack is marketing, which he says the company has essentially ignored over the past five years. “Marketing is what gets us the leads, which then convert into sales,” he says. He envisions opening a brick-and-mortar shop and an online configurator clients can use to design their boats. Oyster has resumed flying its banners at the high-profile boat shows as well, displaying a new Oyster 675 at September’s Cannes Yachting Festival and the freshly refit Lush at the Monaco show. Plus, the company will continue to host its biennial World Rally, which circumnavigates the globe over a two-year period, and two annual Oyster Regattas. “When you look at the last half-dozen boats we’ve sold, everyone is from a different country—Japan, Brazil, Germany. So our customers are everywhere in the world. We have to get the name, the brand, out there to every country.” 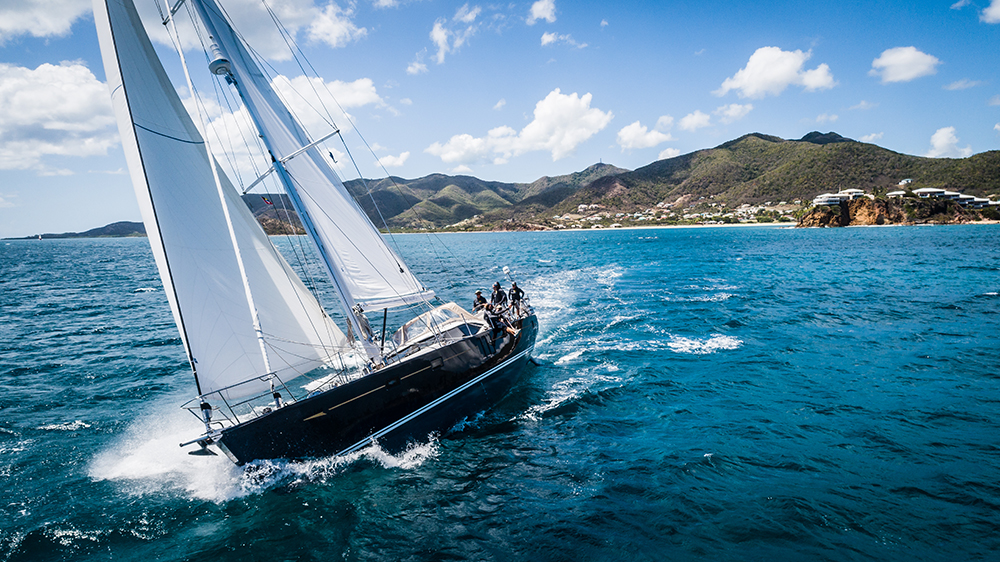 The next World Rally is scheduled to set sail from Antigua in January 2022 and head west, ultimately finishing back in Antigua in April 2023. The rally is a non-competitive circumnavigation that takes advantage of the best sailing grounds and is open to Oyster yacht owners,
with professional shore support at key stopover points and help getting through the Panama Canal.

Looking ahead, Hadida says that society’s growing concerns about climate change are on Oyster’s side. “The young people of today are so much more educated in all things green and environmentally powerful,” Hadida says. “My firm belief is that it’s going to be less and less acceptable to drive into a beautiful bay in a large, noisy motor yacht. I think we will revert back to the oldest form of transportation—sailing.”

Any regrets about buying the company? “Not for one second,” Hadida says. “I feel proud. I feel excited. It’s a totally different thing [from Evolution Gaming]. It’s a labor of love.”