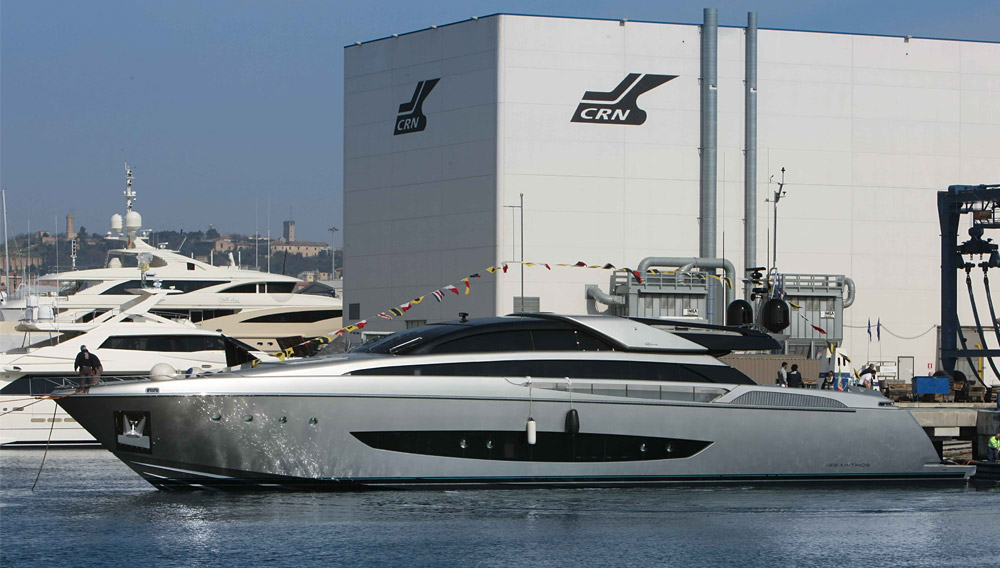 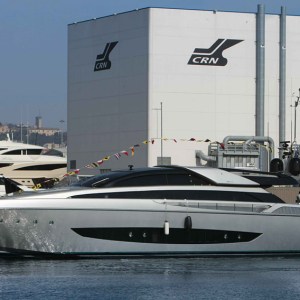 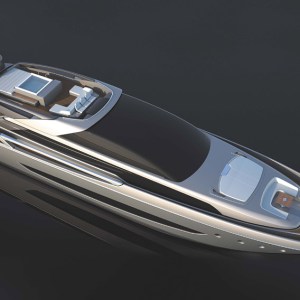 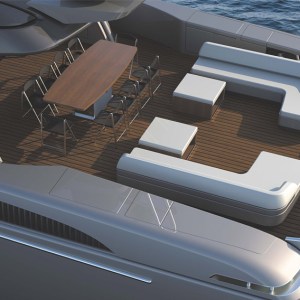 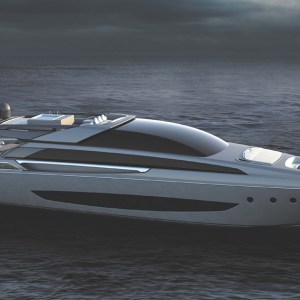 Riva, the iconic Italian boat builder and a subsidiary of the Ferretti Group, launched its new flagship model, the Riva Mythos, in mid-March. In terms of design, the 122-foot yacht is a larger-scale continuation of Riva’s Domino 86 model, which debuted in 2009. The Mythos is only the brand’s second new model since the launch of the Riva Iseo in mid-2011. (The Riva 63 Virtus launched in 2012.) The new yacht, whose hull and superstructure are made entirely from aluminum, features a design from Mauro Micheli, the man behind all of the current models in the Riva range. Riva implemented a shaft-line propulsion system for the new yacht that was designed for efficiency and a stabilization system focused on comfort. The yacht’s planing hull helps it reach a top speed of 27 knots. The sleeping quarters, located on the lower deck, comprise an owner’s suite and three to five guest cabins, depending on the layout preference of the owner. The crew area is located at the bow. The yacht’s design highlights include large windows in the main-deck saloon and dinette, a wide galley, and spacious exteriors. The sundeck features a Jacuzzi surrounded by sun pads. Like the initial launch, subsequent examples of the Riva Mythos will be produced at the shipyard of its sister brand, CRN, in Ancona, Italy. (www.riva-yacht.com)