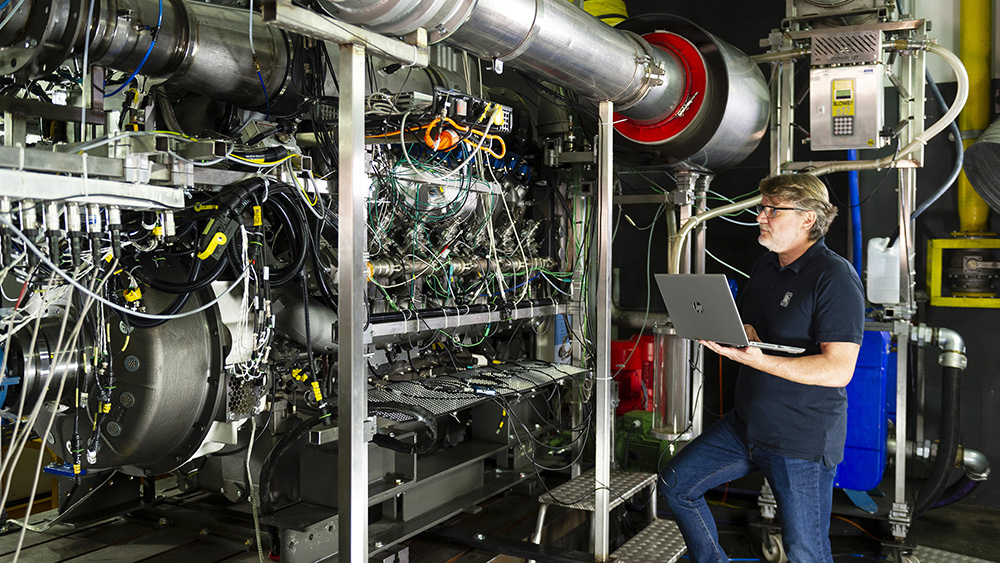 Rolls-Royce kicked over a mill of the future this week.

The British outfit announced Monday that it successfully powered a 12-cylinder gas variant of an MTU engine with 100 percent hydrogen. The tests, which were carried out by the Power Systems business unit, reportedly showed “very good characteristics” in terms of efficiency, performance, emissions and combustion. In other words, it worked.

MTU was acquired by Rolls-Royce in 2011, but it has been building engines for more than a century. MTUs are often the engines of choice for many superyachts, but the ability to swap diesel for hydrogen could prove to be a major advance for the yachting sector. The fuel is not only carbon-emissions-free and reliable, but it can be easily generated, too. Energy from solar or wind, for example, can be channeled through an electrolyzer to convert water to hydrogen. It can then be stored in fuel cells or plants to be used as fuel in any number of applications.

The hydrogen-powered MTUs have not yet been trialed on a yacht, but Rolls-Royce is planning to use them for a project in Germany. Duisburg, one of the world’s largest inland ports, has been working with Rolls to develop a carbon-neutral energy supply for its new container terminal that is set to launch in 2024. Eventually, most of the clean electricity required by the port itself will be generated directly onsite via two combined heat and power plants with MTU Series 4000 hydrogen engines (total capacity: 2 MW), as well as three MTU fuel cell systems (total capacity: 1.5 MW).

“We see hydrogen as one of the central elements of the energy transition. It can be used for both storage of excess energy and as a fuel, not only for engines but fuel cells and cogeneration plants to generate climate-neutral electricity and heat,” Jörg Stratmann, CEO of Rolls-Royce Power Systems, said in a statement.

In addition, Rolls has confirmed that modifications can be made to gas engines that are already installed to turn them into hydrogen mills. What’s more, the new MTUs will meet today’s rigorous emissions standards.

“We are very pleased with the rapid progress,” Andrea Prospero, an engineer at Rolls-Royce responsible for the development of the hydrogen engine, adds. “The very low engine emissions are well below the strict EU limits, no exhaust gas aftertreatment is required.”

Yachtbuilders Lürssen, Feadship, Baglietto and Sanlorenzo are all working on their own fuel-cell systems but their initial reports indicate that they will be used to power auxiliary systems in the boat rather than serving as the main engines.