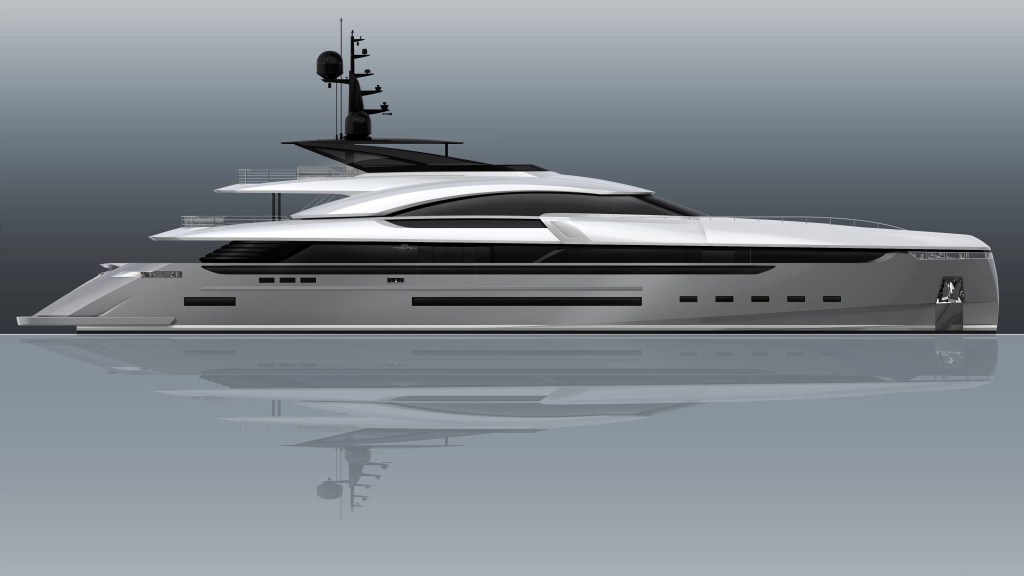 Rossinavi’s new 164-foot Vector, recently bought by an American client, was created for cruising southern U.S. waters and all the way down through the Caribbean. The Vector’s running surface is seaworthy, but designed so it can cruise the Bahamas and parts of the Caribbean known for shallow waters. At the same time, the amount of interior spacer is closer to a full displacement yacht.

The tri-deck yacht design features a large saloon on the main deck with floor-to-ceiling windows and a master suite forward with more full-height windows for maximum light. The upper deck has a smaller saloon aft of the pilothouse, with a generous open balcony on the stern. The four staterooms on the lower deck are large and all en suite.

The custom Vector is the third by Rossinavi for U.S. clients since 2011, showing how the Italian brand’s reach has become international over the past seven years. With recent launches like Aurora and Utopia IV, there is little wonder that Rossinavi’s reputation has crossed the Atlantic. The build will not be without challenges, according to Federico Rossi, the company’s chief operating officer. “It’s a true step change for us since it’s going to be based in the U.S.,” he says. “We’re working to find ways to collaborate with American suppliers while producing the completely tailor-made vessel in Italy.”

This Vector will be completely Americanized, with a standard 12-volt electrical system and nearly every component, from the galley appliances to the generator, will have U.S. specs. That kind of attention to detail—and national origin—becomes critical when it comes to replacing engine parts or anything that breaks while under way.

Enrico Gobbi of Team4Design, who created the exterior design, did a masterful job with the plumb bow and boat’s sharp, defined lines. Gobbi is working closely with the owner to create an interior that Americans love, with open-plan spaces and lighter colors and materials than Europeans demand. The result will still be a beautiful, bespoke superyacht, just an American version of Italian elegance.