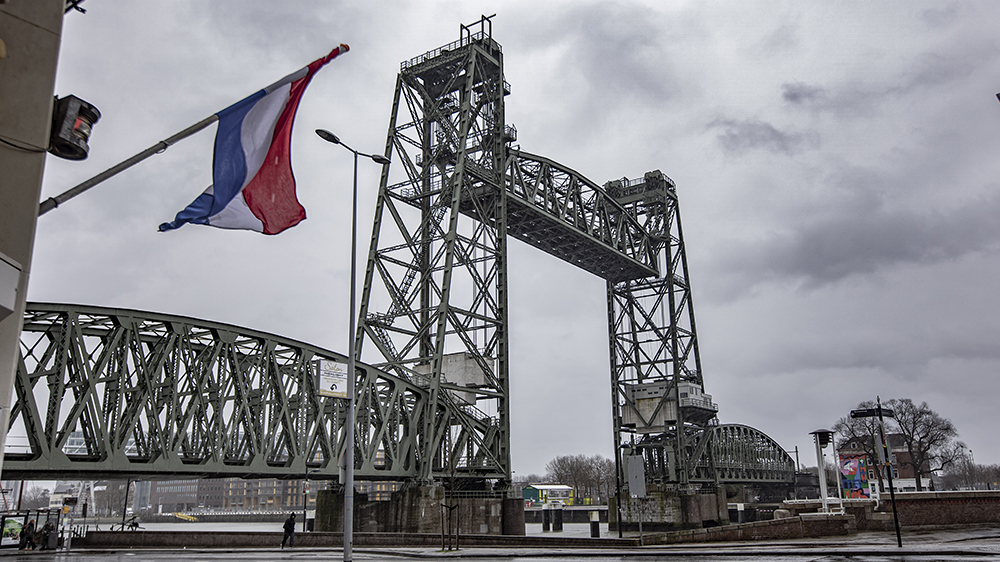 Jeff Bezos’s gigayacht could be in for an embarrassing surprise if it ever leaves Rotterdam.

Thousands of residents of the Dutch port city have said they’re willing to egg the second-richest person in the world’s new $485 million boat, according to Jalopnik. Why? Because they’re annoyed by his plan to dismantle a historic bridge so that the yacht can pass.

Last week, word broke that the Amazon founder’s new 417-foot boat, which is currently known as Y271, had run into a problem. The boat, which is set to dethrone Sea Cloud as the world’s largest sailing yacht, features three 229-foot masts making it too tall to pass under the Koningshaven Bridge that stands between the Oceanco shipyard where it’s being built and open water. Rather than trim down the ship’s giant masts, or build them later, the idea is to temporarily disassemble the middle section of the bridge—which is known to locals as De Hef—so it can pass.

While Bezos will reportedly pay to dismantle and reassemble the center section structure once his ship has passed, it would see that Rotterdammers are none too pleased about the idea. One resident named Pablo Strörman set up a Facebook event inviting others to join him in throwing a carton of rotten eggs (or tomatoes “if you want to keep it vegan”) at the boat as it passes. As of press time, 3,300 people have said they plan to attend the event, while another 11,100 are interested in participated in the en masse egging in some form.

“Rotterdam was built from rubble by the people of Rotterdam, and we don’t just take that apart for the phallus symbol of a megalomaniac billionaire,” the description of the event reads, according to Google translate. “Not without a fight!”

Although the city’s mayor, Ahmed Aboutaleb, has previously talked up the potential benefits of Bezos paying to dismantle the bridge, it appears that is no longer certain to happen, according to The Guardian. Late last week, the politician’s office said it had yet to received a permit request for dismantling the bridge, and because of this no official decision had been made one way or the other.

Time will tell whether a mass egging is enough to make Bezos and his team reconsider the route. If so, they will need to figure out another way to get the behemoth to open water.