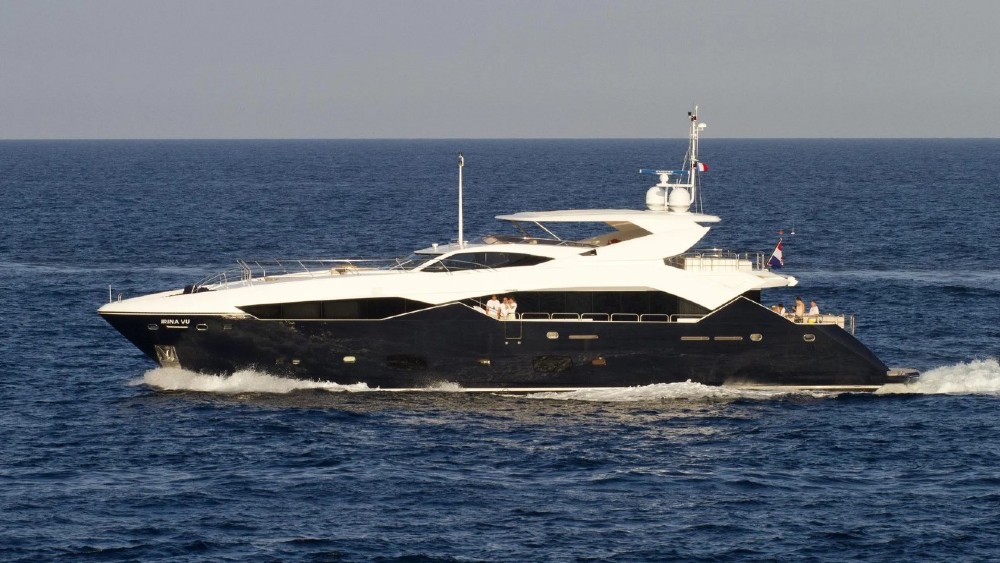 A Croatian news outlet is reporting that an oligarch’s yacht that was being held under sanctions by authorities has “disappeared” from a marina on the Adriatic island of Murter. In a bizarre twist, authorities have also discovered that the yacht has been missing for three months, according to 24ur.com, having been replaced by a nearly identical vessel at the time it sailed from the marina.

The 115-foot Sunseeker had been confiscated and dry-docked in the marina as part of the sanctions process. AIS locator data show that the yacht is currently in Didim, Turkey. That country has become a refuge for many oligarchs since it has so far refused to turn over yachts and private aircraft.

“We are still determining the circumstances of the yacht’s disappearance,” said Croatian Transport Minister Oleg Butković. “We all know it vanished under still unclear circumstances. We shall now determine how that happened and whether there were any failings of the system.”

Butković said the Croatian intelligence service and federal prosecutors are now investigating the odd disappearance. The replacement Sunseeker, according to a story in Sibenski, is called Katerina and was brought into the marina for a generator replacement.

The officials overseeing the investigation said there is no security at the marina and that standard protocols were not followed, including no signs or barriers indicating it was a sanctioned yacht.

Ukrainian officials immediately pointed fingers at each other. “It left Croatia at the Dubrovnik sea crossing without being stopped by the police or customs,” one official from the Ministry of Maritime Affairs which was responsible for impounding and overseeing the yacht.

Despite this yacht slipping away, nearly a dozen other superyachts belonging to Russian oligarchs have been seized and impounded by authorities across Europe and in far-flung destinations like Fiji. The 236-foot Axioma went to auction in August and sold for about half of its value.