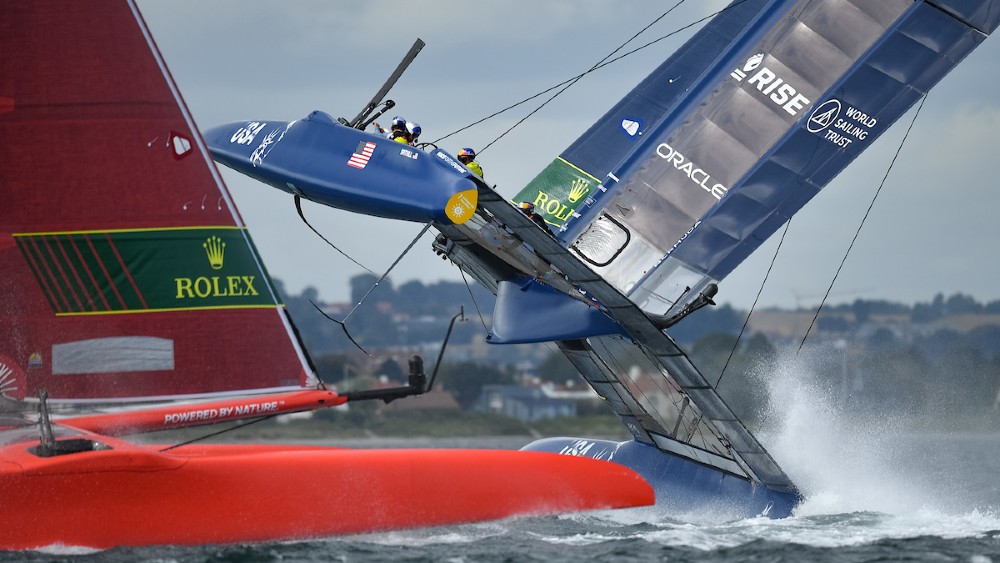 SailGP will hold its third event this weekend at the Great Britain Sail Grand Prix in Plymouth, UK, where Great Britain hopes to grab a win from Australia, which has dominated this season, winning the first two events in Bermuda and Chicago.

Great Britain’s team driver Ben Ainslie said sailing in the UK was a “huge motivation” in his team’s battle against the Aussies, led by Tom Slingsby. “We want to be racing against the best talent and Tom’s team have been really turning it on at the end of last season and into this season,” said Ainslie at a press conference.

“But you also don’t get many opportunities to race at this sort of level and it’s extra special to race in front of a home crowd,” he added.

While the sailing promises to be fast and furious this weekend, the league has also trimmed the mainsails on its sustainability commitment, one of its founding pillars. It said the Great Britain Sail Grand Prix will be “the most sustainable on-water event ever, with the largest number of electric solutions.”

The series will have the largest solar array SailGP has ever used, employ renewable energies like HVO to power its technical area, and include displays featuring bio-methanol as an energy source. “This will enable the entire race village to be 100 percent powered by clean energy,” said a league statement.

The event will also feature a foiling sailboat with propulsion technology that produces green hydrogen from the wind, with only oxygen emitted. This technology could be used on future raceboats, noted the statement.

Vita’s electric Seal will also be used as the official fleet boat for Plymouth and upcoming SailGP events in Copenhagen and Saint-Tropez. The electric rigid-hulled inflatables have a top speed of 30 knots, with AC and DC fast charging. SailGP’s Tom Verity said the electric RIBS will be a “great step forward in our transition to clean energy on-water.”

The series plans to be “fully powered by nature” by 2025, said SailGP’s global impact and purpose director Fiona Morgan, highlighting the UK’s record high temperatures last week as evidence of climate change. Plymouth will be “a real showcase of how we need to work together to tackle the climate emergency and every change makes a big difference.”

Australia won the grand prize for last season’s sailing, placing third in the Impact League. This year, the Aussies claimed the first two events in Bermuda and Chicago.  Courtesy SailGP

SailGP also set up an Impact League, a separate competition that measures each team’s sustainability efforts during the season, from how they travel to events to the types of clothing they wear. Sixty percent of team members said they are going vegan at different events; three of Great Britain’s racer rode bicycles to Plymouth, and virtually every team has sought ways to make tenders more fuel efficient. Last year, Team New Zealand, which did poorly in the sailing competition, won $100,000 for finishing first in the Impact League. The money was donated to Live Ocean to fund ocean research.

Watch this weekend’s races live via Facebook, YouTube or via the SailGP app. The CBS Sports Network will have a delayed broadcast.