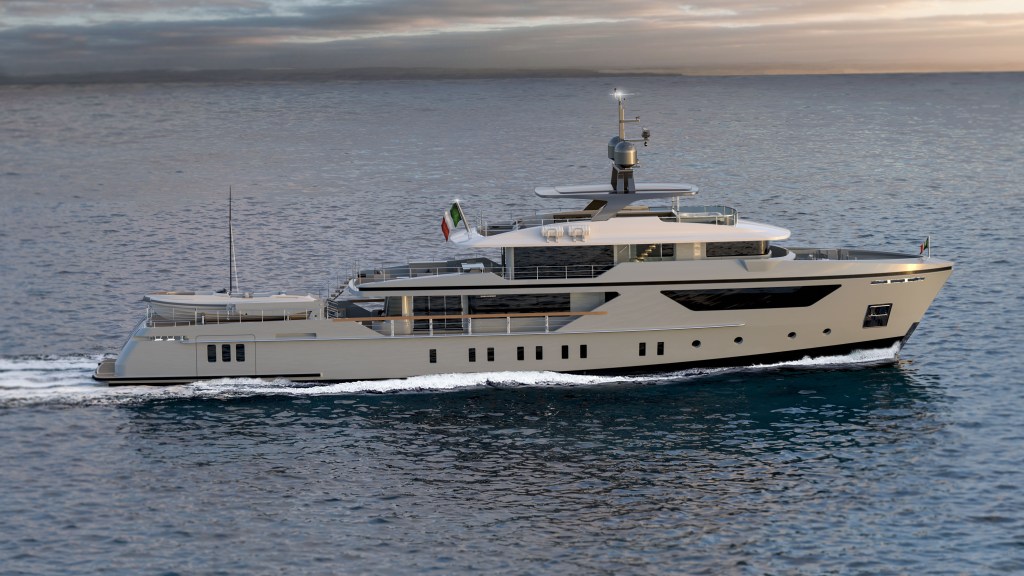 Superyacht builder Sanlorenzo is taking a big step ahead of competitors with a line of hybrid and diesel-electric yachts it is calling E Motion. The Italian firm announced the new initiative Tuesday at the Düsseldorf Boat Show. Tilli Antonelli, founder of Wider Yachts, is heading up Sanlorenzo’s new E Motion division, which will see its first hybrid SL86 debut in May. The company launched a SL105 Hybrid in 2015, but this is a fleet-wide initiative.

“The automotive world is moving very quickly in the direction of hybrid and electric propulsion,” Antonelli told RobbReport.com. “We don’t want to be any different in the yachting world. We think it’s coming so fast that in five years the value of an ‘old-style’ superyacht might be much lower because of its conventional propulsion system.”

Several superyacht builders, including Antonelli’s Wider, have worked with hybrid systems, but Sanlorenzo’s E Motion takes the commitment to a new level. CEO Massimo Perotti called electric propulsion a “new era for yachting,” adding Sanlorenzo wants to be “the first player in the world.”

The E Motion range will include both displacement hulls, built in steel and aluminum, and its faster planing yachts in fiberglass. The first two SL86 E Motions with hybrid propulsion systems will debut in May and in December. A 44Alloy E Motion, 500Exp E Emotion, and 62Steel E Motion will make their debuts in 2020, while E Motion versions of its 50Alloy, 56Exp, and 58Steel will launch a year later.

“It doesn’t really matter whether the system is hybrid or electric,” notes Antonelli. “The benefits for the owners are the same.” They include improved fuel efficiency, more usable interior space, and much lower noise and vibration levels. The hybrid system uses smaller diesel engines and battery-powered generators, while the electric-diesel propulsion uses electric motors fed by industrial batteries. Both can operate on ZEM (Zero Emissions Mode) at night, so emission and vibration levels are nonexistent.

Spaces normally devoted to large engine rooms can be used for expanding the yacht’s beach clubs or staterooms. “It can create 30 percent more saved space,” says Antonelli. “On the 62Steel, you gain almost a whole deck with the space savings. The benefits of these engines make these systems a no-brainer compared to conventional propulsion systems.”

Perotti said the shipyard is cooperating with an unnamed strategic partner to develop full electric jet tenders. He also said it had entered into a cooperative agreement with Tesla for next-generation batteries.

“We’re seeing all the big marine engine manufacturers investing heavily in this technology,” says Antonelli. “The future is here.”