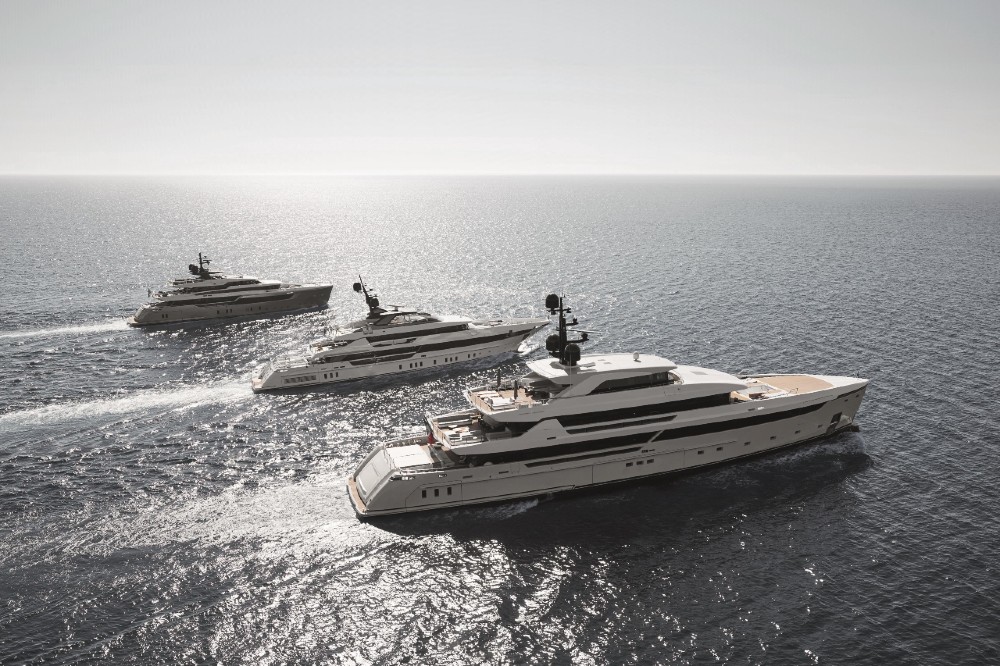 Sanlorenzo Yachts last weekend laid the keel of what will eventually be its flagship. The Italian builder held a private ceremony with the owner to commemorate the build of its 72Steel at its shipyard in La Spezia. The company said its Superyacht Division has 22 steel and aluminum superyachts starting at 144 feet currently under construction, with another 45 metal-hulled superyachts sailing the world.

The boat’s traditional-looking exterior will have a design by Zuccon International Project and Francesco Paszkowski Design with a focus on “livability on board.”

The company didn’t relay too many details about the project, but the five-deck 236-footer will have an entire deck dedicated to the owner, and the boat will feature extensive glasswork to provide a strong connection between the interior and exterior. Its interior volume will be 1850 gross tonnes.

The yacht will also have a hybrid diesel-electric propulsion system that is part of the shipyard’s ongoing effort to limit the environmental impact of its vessels. Sanlorenzo said that the hybrid system will also reduce the amount of engine-room space needed, and that area will be given back for the use of owners and guests.

The announcement of the keel-laying follows a series of other launches that include its first 187-foot 57Steel yacht earlier this month. That yacht is positioned between the 171-foot 52Steel and 203-foot 62Steel.

Sanlorenzo has been on a roll this year with other introductions across its portfolio, including the new rule-breaking SP110 that made its global debut at the Cannes show and US debut at the Fort Lauderdale International Boat Show. The asymmetrical design of the SP110 with two interior decks that look out over the large open stern was a fresh design in that 100-foot-plus category. The SP designator stands for “Smart Performance.” The boat can reach a top speed of 40 knots with its jet-drive propulsion and three 2000-hp MAN engines, while also running on just one engine for stronger fuel efficiency. The 110-footer will be the first in the builder’s SP series.

The Italian builder said its new 72Steel should be completed by 2025. The second unit of that line has also been sold. Brokerage firm Edmiston, which oversaw the sale, will also handle the project management during the build.