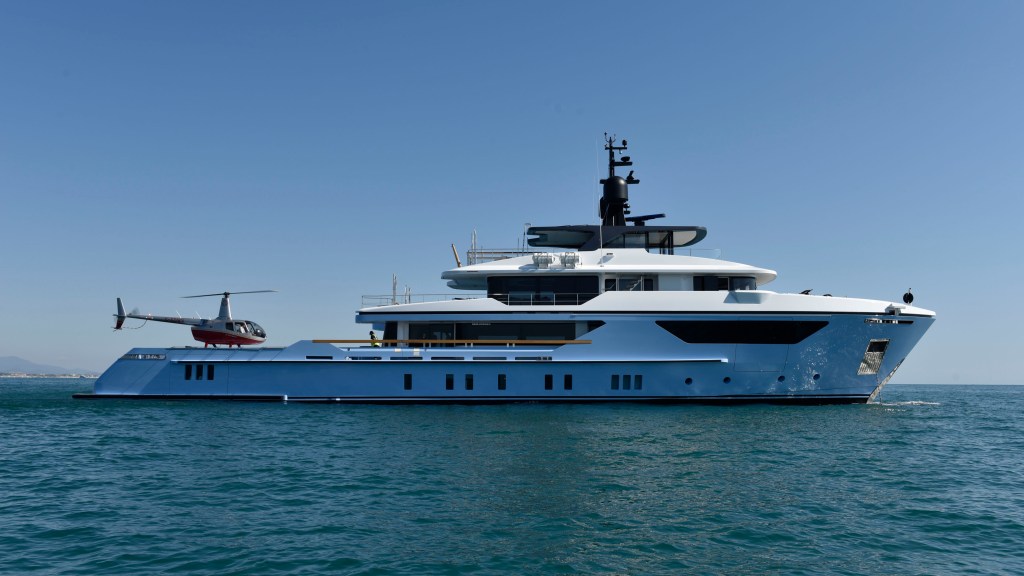 Sanlorenzo jumped feet first into the expedition superyacht category several years ago with its 460EXP, a 138-foot explorer yacht that combined an intrepid, go-anywhere hull with the Italian builder’s flair for beautiful interior style. The yacht’s broad 31-foot beam also gave the designers huge amounts of internal space to work with, so the owners and guests could cruise the world in comfort. The boat accommodates up to 12 owners and guests, along with nine crew. It looks slow, steady, and tough, but its top speed of 16 knots is highly respectable for a displacement hull its size. Three models in the 460EXP superyacht series have been launched so far.

The new 500EXP shares many of the same features but looks even more impressive with the longer 155-foot length. The first yacht, Ocean Dreamwalker III, premiered in May at Sanlorenzo’s 60th anniversary celebration at its La Spezia shipyard. The yacht was blessed in a Buddhist ceremony with its young Chinese owner present. The steel-hulled yacht, with a much more curved superstructure than most boxy-looking expedition vessels, will have its public launch at the Monaco Yacht Show in September. Sanlorenzo incorporated a broad aft deck, which can hold several tenders or a small helicopter, with a voluminous forward section that is defined by floor-to-ceiling glass. There are exterior social areas on the main deck, upper terrace behind the main saloon and pilothouse, and a separate flybridge area protected by a hardtop. The bow also has some seats, though it’s designed more as a working space, with storage for two or three Jet Skis. The yacht’s indoor garage can house a tender that measures 25 feet. Ocean Dreamwalker III’s interior is bright and spacious, with loose furniture in the saloon, contemporary wood joinery and furniture in the master suite, and all-white decor in the upper saloon, which is surrounded by full-height windows on all sides. It’s a beautiful interior with an unmistakably Italian touch that is not heavy or overdone. The yacht feels light and airy inside, almost like a Mediterranean pied-à-terre, but its tough, oceangoing hull can carry it anywhere in the world. Three more models of the 500EXP are being built by Sanlorenzo. The one for a Dutch owner will have an ice-class hull.