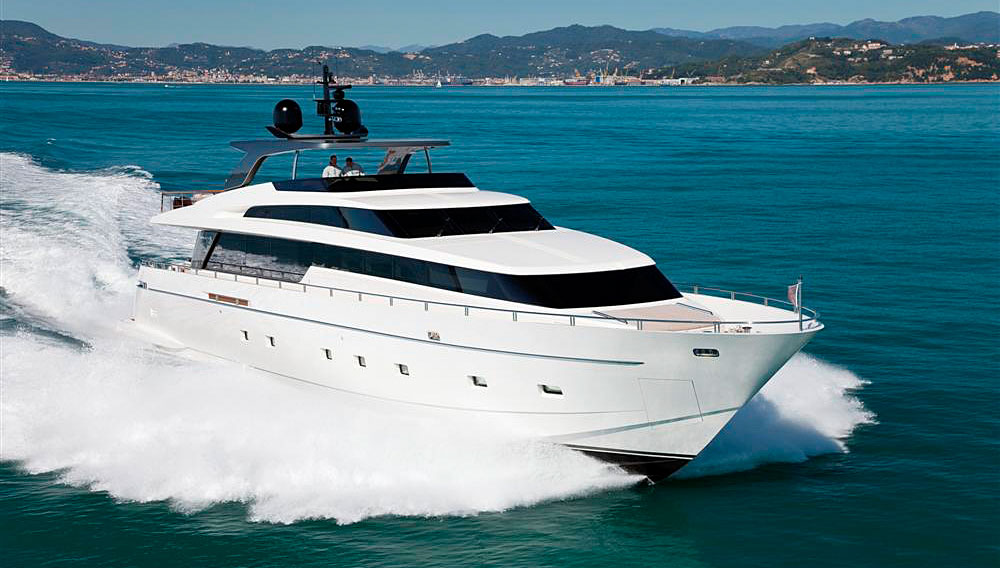 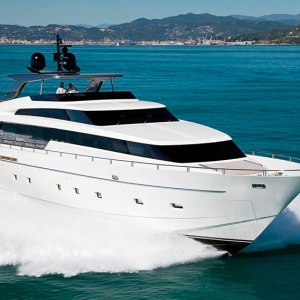 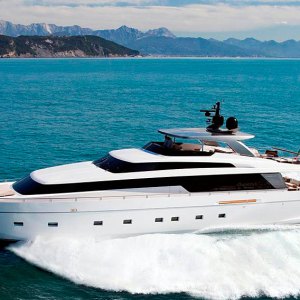 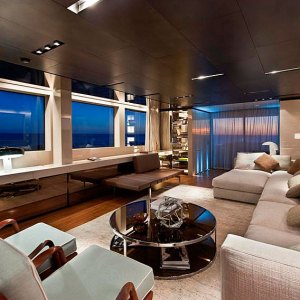 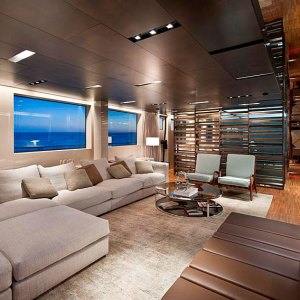 Sanlorenzo, one of Italy’s oldest and most respected builders, was not exaggerating when it launched the SL 100 NEW in late 2009. Virtually everything is new about this performance yacht. Its sleek, powerful exterior, designed Francesco Paszkowski, looks as handsome as a stallion, reaching a top end of 29 knots and friendly cruising speed of 26 knots. Its interior was designed by the world-renowned Dordoni Architetti of Milan, known for its contemporary furniture and metropolitan architecture. Rodolfo Dordoni fashioned a simple yet modern interior, employing a straight line of sight from the bow to stern to give a sense of space. He also decided on three staterooms instead of four. The finest Italian brand names have been used across the yacht to increase the designer feel. As with all Sanlorenzos, owners can personalize the interiors.