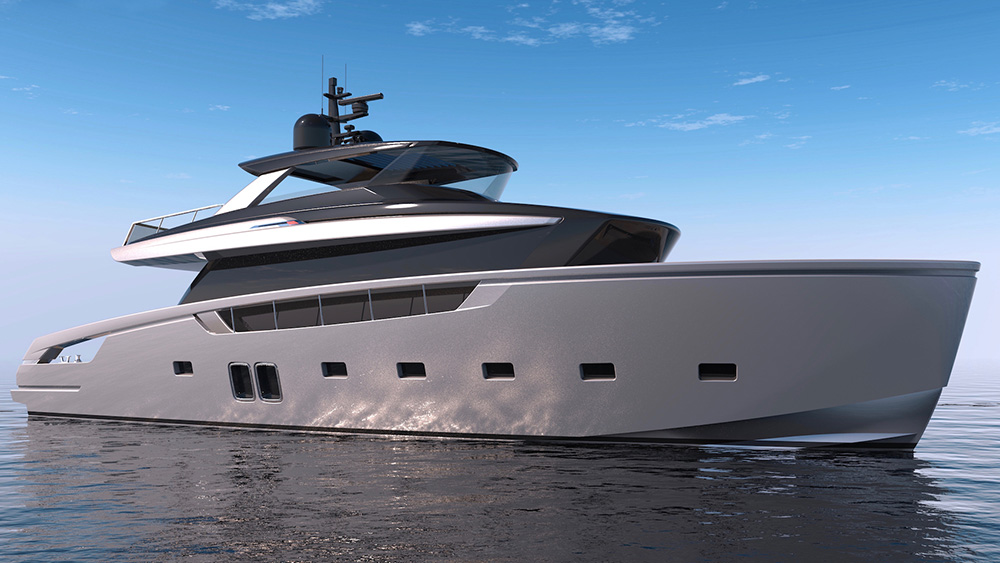 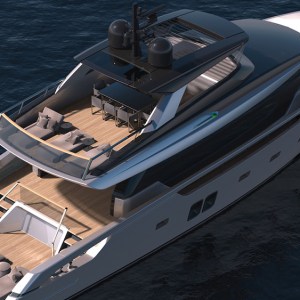 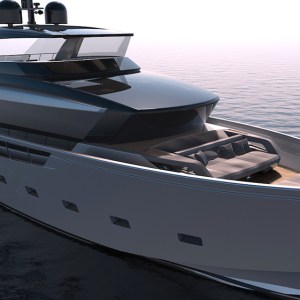 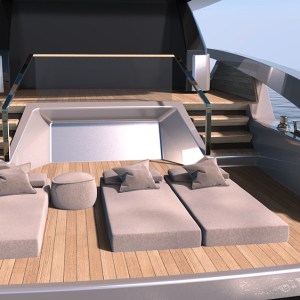 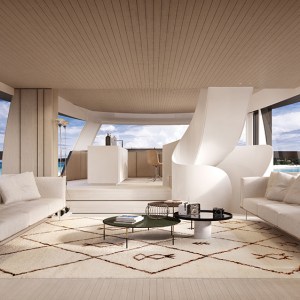 Italian yacht builder Sanlorenzo showed up to the Cannes Yachting Festival this week with a slew of debuts. One of those is its new SX76 crossover—a combo flybridge and explorer yacht. Following the design cues of its larger sibling, the SX88, the SX76 sports an open-space design described by Sanlorenzo as a “social” boat because of its open layout from stern to bow. This was achieved by having only one helm up on the flybridge instead of in the forward section of the yacht. With this design, guests can easily move from the open kitchen to the dining room to the living area and out to the aft seating area. Large windows flood the wide-open main deck with natural light and views.

Featuring exterior lines and an interior layout by Studio Zuccon International Project, this first hull showcases a special-edition interior created by Italian designer Piero Lissoni, who is known for his modern furniture, architecture, and graphic design. The highlight of his sophisticated decor is the sculptural staircase that flows among three decks. Lissoni chose a neutral color scheme with loose—rather than the more usual fixed-yacht—furniture, creating a calming, warm, and welcoming ambience.

Four staterooms belowdecks include the midships master suite, a VIP in the bow, and two twins starboard. A crew cabin, with direct access to the engine room, sits aft of the master. Also following the design of its SX88 predecessor, the SX76 sports a seaworthy high bow with lines that descend toward the stern, providing the crossover yacht with a sturdy yet svelte look. The windows that play a big part in the warmth of the interior also play a design role on the exterior, giving the yacht an aggressive profile as they flow into the reversed-superstructure windshield and front glass. Italian Olympic sailor and yacht designer Luca Santella conceived the overall SX range of yachts, and naval architect Lou Codega, known for sportfishing boats, oversaw the waterlines.

Those SX76 lines allowed Zuccon to make full use of the main-deck’s foredeck, offering up facing sun beds that transform into a shaded dining area with an awning. At the transom, four steps down from the main deck, is a large, 194-square-foot beach deck with loungers and umbrellas. When the beach club is not in use, the space holds a tender and a jet ski, both of which can be placed on the water by a discreet crane.

Twin Volvo Penta IPS 1050s propel the semi-displacement yacht to a maximum speed of 22 knots, a cruise speed of 20, and an economic speed of 12.

Sanlorenzo also considered the environment through its efficient hull design and propulsion system, installing Class A++ systems onboard, and by making use of LED lighting, biochrome, and sustainable leather. Apparently, we are not the only ones who approve of Sanlorenzo’s overall approach to the SX line: The yard has already sold eight hulls of the new SX76.