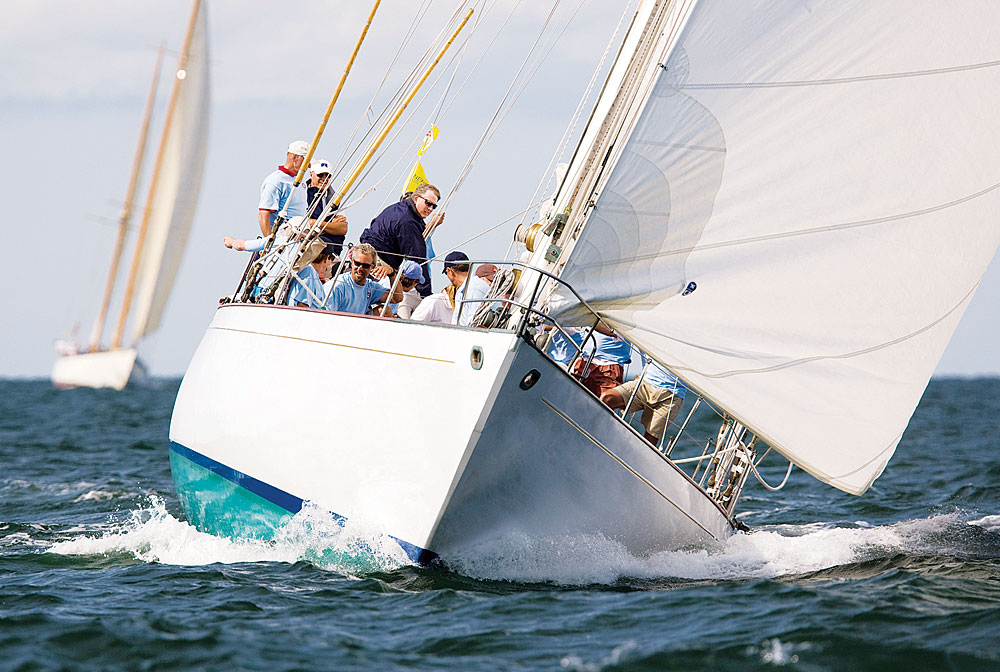 In a sailboat race this September, a 76-foot sloop called White Wings crossed the finish line before Black Watch, a 68-foot yawl—but Black Watch won. White Wings lost the race because its skipper had disregarded a fundamental rule of sailing.

The upset occurred during the second contest in the two-race Museum of Yachting Classic Yacht Regatta in Newport, R.I., which celebrated its 28th anniversary this year. The event attracted about 70 boats, all of which were built before 1968. The event’s lead sponsor, the Italian watchmaker Officine Panerai, has supported challenges of this sort for three years now, but this was its first contest at Newport.

Black Watch handily won the first race, an 11-mile circuit from Newport Harbor into Narragansett Bay and back. But during the subsequent Around the Island Race, which traced an 18-mile course around Conanicut Island, White Wings offered more resistance. At the start, Black Watch’s owner and captain, Lars Forsberg, crossed the line early—and consequently had to backtrack and recross the line after the starting gun was fired—to avoid colliding with White Wings. Shouts of “starboard!” from Black Watch’s crew rang out as they tacked early, narrowly missing the larger vessel. But under the Racing Rules of Sailing, by which the regatta is governed, White Wings was at fault for not yielding to the boat on her starboard side. After receiving a protest from Forsberg, the race committee upended the placements and Black Watch won her second race in as many days.

Despite occasional disputes such as this one, the Museum of Yachting regatta is a fairly relaxed event. This year, a number of the crews formed only a few hours before the race, with many members meeting each other for the first time. “Everyone’s looking for experienced help,” noted Black Watch crew member Frank Stocker, but he added that it does not take long before new participants feel at home. “It’s a tight-knit community,” agreed Jed Pearsall, president of Performance Research, a Newport-based marketing analysis firm, who has sailed in this classic for 25 years. “But we’re always looking for new people.”