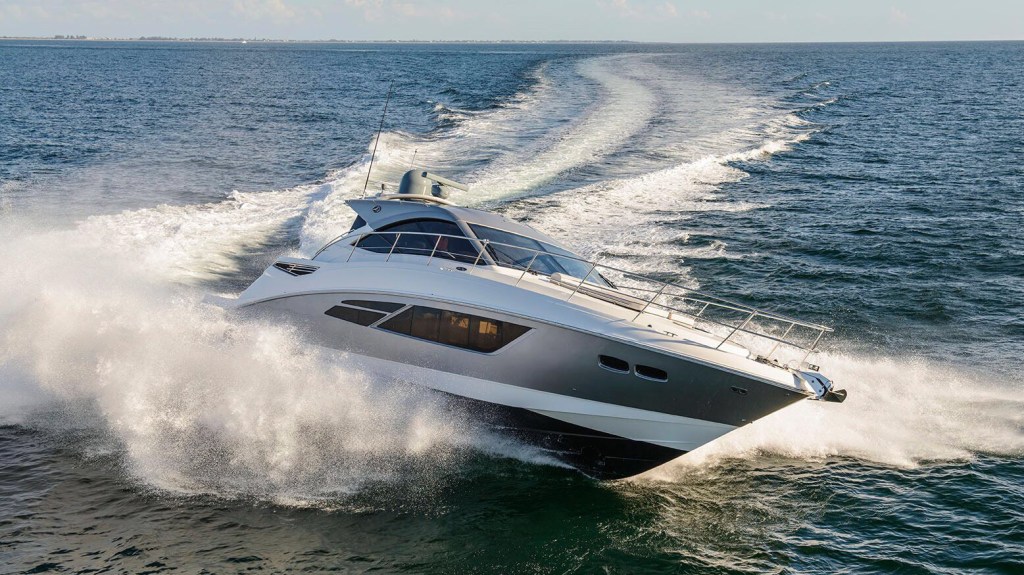 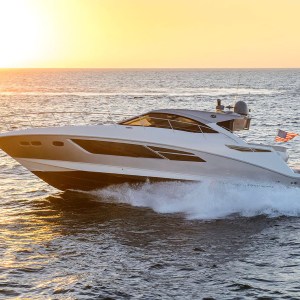 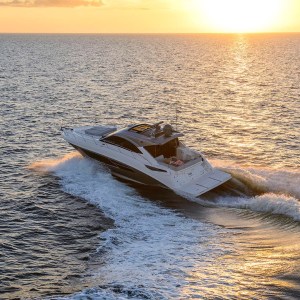 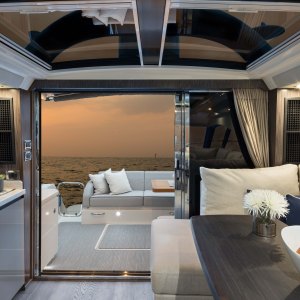 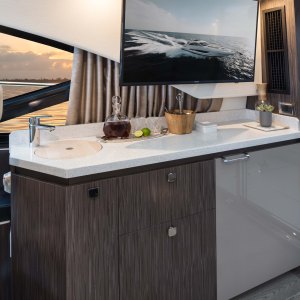 Launched in 2012, Sea Ray’s Sundancer 510 quickly became the best-selling yacht in its class. The U.S. builder recently created a limited-edition Signature version that is much more than the original 510 with a few extras. Created in homage to C.N. Ray, the brand’s founder who turned Sea Ray into America’s most popular boat name, the Signature model has made the 510’s most popular options standard, while also redesigning sections in both the interior and exterior.

I toured the Signature 510 at Sea Ray’s Yacht Expo in Florida several weeks ago, seeing firsthand how Sea Ray has transitioned from a relatively bread-and-butter American builder into one focused on luxury. “About a year and a half ago, we launched an initiative to upgrade our woods, hardware, and interior designs,” Scott Ward, president of Sea Ray Yachts, told me during a tour of its new models at its Yacht Expo. “We recognized that buyers of these larger boats are not just weekend boaters, but discerning yachtsmen who like to see the same details that they see in their sports cars or homes.”

Using the original 501 platform, Sea Ray’s designers incorporated a custom paint color, using a crystal-silver metallic paint around the exterior hull-side windows and matching the hardtop with the same color. Upgraded upholstery in the cockpit exterior and foredeck seats also has a special pattern, resembling the custom artwork on the interior, stitched into the seats as well as piping the same color as the crystal-silver hardtop. The boat is built for weekend cruising, but also for fun on the water. Its hardtop has a large center panel that opens for accessing the sun, along with a cockpit grill, fridge, and dinette. The lifting swim platform has been completely redesigned, with a very cool opening stairway in its center that allows easy access to the water.

Sea Ray also worked hard on upgrading the interior, outfitting it with custom “Beechwood Gray” cabinetry and walls, with a handsome, striped wood grain that matches perfectly across the boat. Features like the new flush-mounted electronics console, a larger, redesigned sofa, and streamlined wet bar may go unnoticed, but they do add to the boat’s livability. Ditto features like the upgraded special cabinets for the glasses (which have Sea Ray inscriptions in honor of the Signature edition), two 40-inch televisions, Bose stereo, and rotating double helm seat that swivels to face the saloon.

What really distinguishes this 51-footer is the “Sky Flow” atrium that allows natural light from the large windshield into the open space belowdecks. The area, with a large lounge on one side and galley on the other, adds a superyacht sensibility to the space. The two staterooms, a full-beam master aft and VIP forward, also have the same high levels of fit and finish. The designers’ desire to excel are evident across the yacht.

Beyond the interior niceties, the Signature 510 is designed for offshore use with twin Cummins 600 T3 engines mated to Zeus pods. Besides joystick controls, the boat also has an advanced Raymarine electronics package and Skyhook station keeper, which keeps it fixed in specific areas without having to anchor. These smart features help to differentiate Sea Ray among many European and U.S. builders.

I asked Ward whether they’d considered adding C.N. Ray’s actual signature to the helm’s Signature plate (each boat in the series will have its own identifying number). He said they had thought about it, but the company was nervous that it might look over the top. Despite the company’s respect for its founder, it’s clear that the spirit of C.N. Ray—a stickler for incorporating details that truly differentiate a boat—inhabits the new 510 Signature.