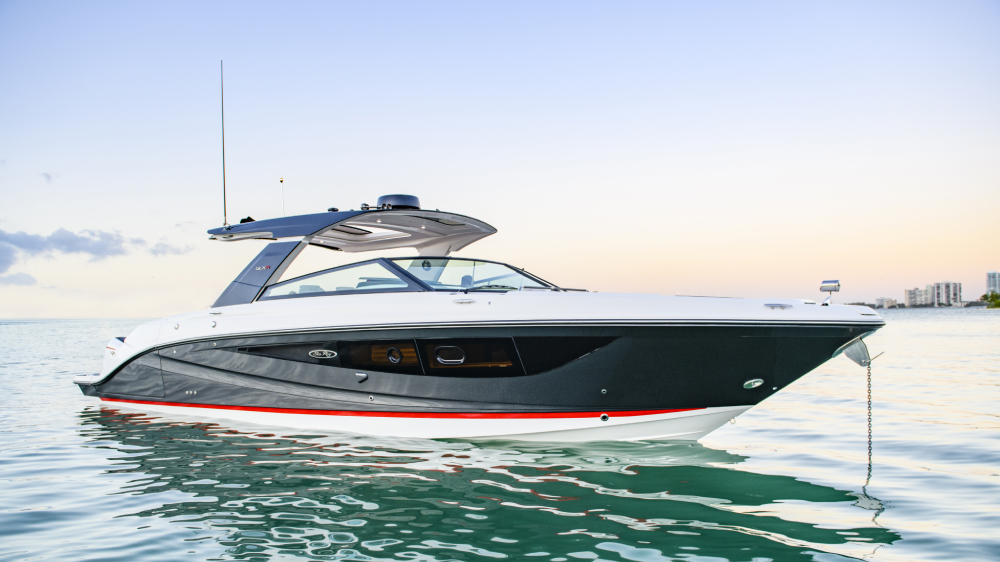 When Sea Ray launched its SLX-R 400e Outboard at this year’s Consumer Electronics Show, word of the company’s innovations (and cool booth) spread across the vast exhibition halls. Thousands of tech geeks, including magician David Copperfield, stopped by to see the heavily electrified day boat with myriad cool gadgets.

“We decided to create a new category of day boat with equipment seen in the automotive space,” says David Foulkes, CEO of Brunswick, Sea Ray’s parent company. “The goal was to design an electrical-energy system that does away with a generator so we could provide a silent, emissions-free experience.”

Rather than a typical boat helm, the 400e has twin 16-inch touchscreen helm displays styled somewhat like a Tesla’s but with custom interfaces designed for marine usage. “It goes well beyond battery-monitoring,” Foss says. “We tailored it to ways customers use their boats. They can see how much energy they’re using and if it will support the activities of the day.”

The 400e is also blazingly quick—with 1,350 total horsepower, its top speed of 65 mph is virtually unheard of for a 22-passenger day boat—but that’s where the Tesla comparison ends, since the model is powered by a trio of gas-burning 450 hp Mercury Racing outboards.

“Electrifying propulsion on a boat like this is prohibitive,” Foulkes says. “If you powered it with the largest lithium car batteries, they’d last only a few minutes.” In other words, Sea Ray kept conventional propulsion for the speed-addicted but electrified the rest for an infinitely more satisfying experience. And the combination worked: On the opening day of CES, the 400e sold for over $1 million.