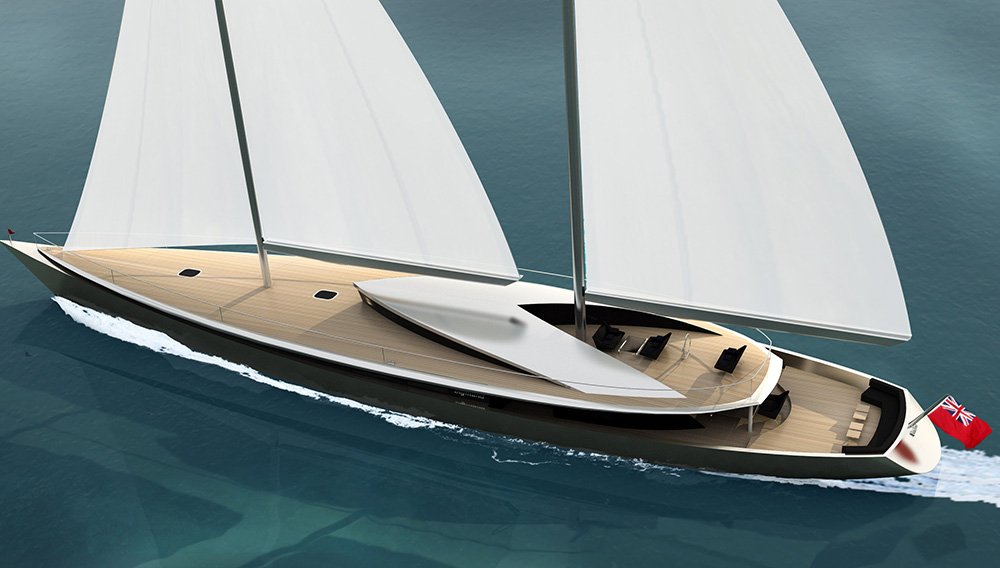 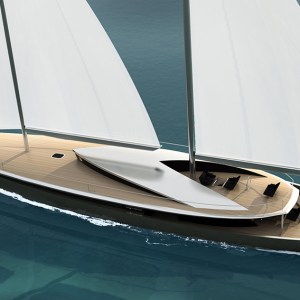 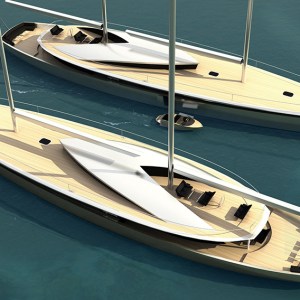 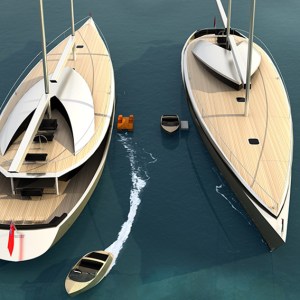 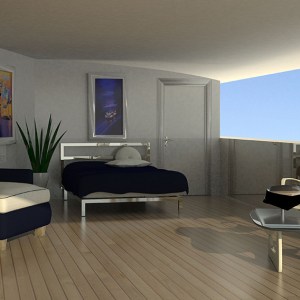 Sigmund Yacht Design’s recently launched AU60 concept is an evolution of the Austrian firm’s highly acclaimed Vestar 197-foot sailing yacht. The AU60 has the same elegant hull shape as the Vestar, but the company’s head designer, Peter Symonds says that the AU60 is a “sensitive upgrade” in both form and function. The practical changes will also enhance its performance.

“Curves, transitional forms, and tensile lines are the key to the AU60’s beauty,” says Symonds. “They add to its singular style, which is different than the current fashion ethos in superyacht sailboat design. We have moved away from peaked surfaces and large window graphics. We designed the AU60 for a sailor who appreciates a yacht as something to keep for generations.” The superstructure’s surfaces and glass areas have also been modified to increase the yacht’s performance.

The layout includes space for a rear saloon that joins the terrace, an observatory with a formal dining room, an owner’s suite with a private saloon, four other guest suites, a large galley, and space for six crew members. There is also dedicated space for a gym or a cinema, as well as storage for long-distance cruises.

Symonds says the build materials—including carbon-fiber-reinforced polymer with titanium-graphite inserts—will help raise the torsional rigidity of the vessel while reducing its weight. “The materials also build in the longevity which the client demands,” he says. “The boat will be finished in a stunning golden paint, which lends to its overall sense of weight and value.”

The AU60’s interior was designed to be less futuristic and more of a homey oasis, with spaces populated by freestanding furniture rather than built-in lounges or chairs. “That gives a more domestic character,” says Symonds. “We decided to use individual armchairs and bamboo floors to increase the home feel of the interior.” (sigmundyachtdesign.com)