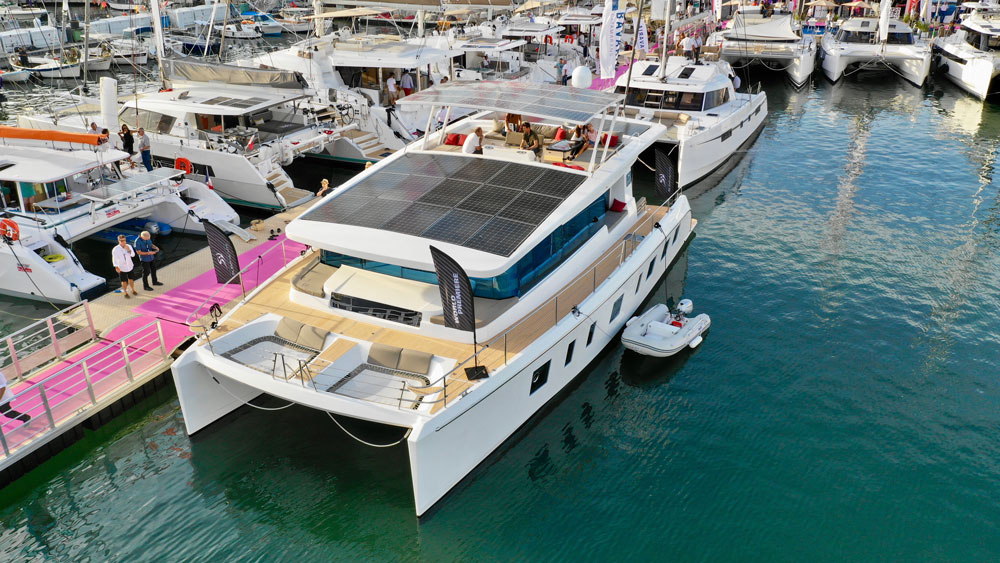 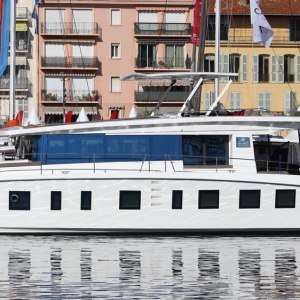 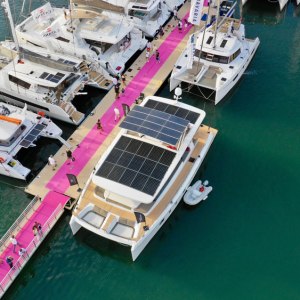 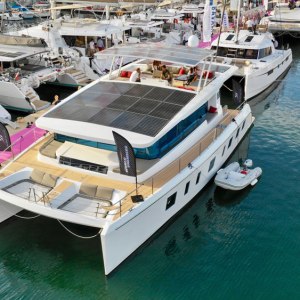 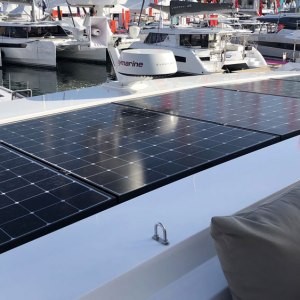 Like the automotive, aviation, and, let’s face it, nearly every other industry, yacht builders have caught on to the power (pardon the pun) of eco-friendly design. To be fair, the concept is nothing new: There are plenty of hybrid-electric yachts out there, and even a few equipped with large banks of photovoltaic cells. But traditional hybrid models still rely—to some degree—on burning fossil fuels, and the solar panels are generally able to produce only enough energy to power onboard systems.

The Silent Yachts Silent 55 catamaran that made its debut at the Cannes Yachting Festival last week, however, changes all that. It’s able to generate enough power through its high-efficiency solar cells to power both onboard amenities as well as propulsion. Translation? Like a nuclear-powered aircraft carrier that can spend huge amounts of time at sea, the 55-foot yacht can be configured to be almost entirely self-sufficient. Not only does this mean that the boat doesn’t produce any nasty exhaust, distracting operating noise, or excessive vibrations from traditional engines, it also means that it has an essentially unlimited range (as long as the sun keeps shining). For inclement weather and emergencies, there is a generator on board that can charge the battery. The yacht is even able to harness the solar-electric system to power a water maker capable of supplying as many as six staterooms.

The model shown at Cannes was the E-Power version, which uses two 135 kW motors to travel as fast as 14 knots. But the boat can also be configured in the slower Cruiser version or the more powerful Hybrid Power variation, which pairs two electric motors with two diesel engines. Finally, the sailing set can invest in the Sailor version, which has a mast as well as any previously mentioned motor configuration.

The customization continues inside, with the shipbuilder offering five interior layouts available that accommodate anywhere from three to six staterooms—each of which can be equipped with double or twin berths. If you’re focused on personal pampering, three of the layouts include a full-beam owner’s stateroom. A deck above, you’ll find a combination galley, saloon, and helm, where guests will spend much of their time.

Given all the problems in the world, we wouldn’t blame you for abandoning land altogether, and since the Silent 55’s has the ability to travel 100 miles a day for weeks on end without needing to stop at port, you may have found your perfect escape from reality.