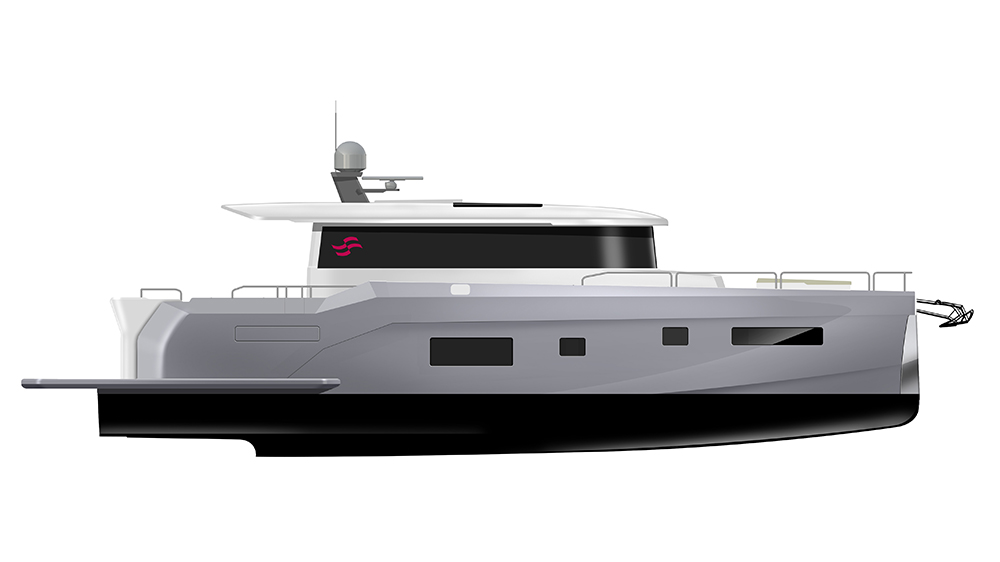 Sirena Yachts knows that a good thing can always be improved. The Turkish boat builder is adding to its fleet of yachts, and specifically its 58 lineup, with a coupé version of its most popular model.

Set to make its world debut at the 2020 Miami Yacht Show in February, the 58 Coupé is meant to complement the existing flybridge version of the successful original, Sirena said in a press release. While a natural addition to the lineup, the boat will offer its own distinct characteristics, like a lower air-draft and a unified interior space on the main deck.

According to the brand, the 58 Coupé, which features a hull and superstructure designed by naval architect Germán Frers, is the direct result of it listening to its US customers, who have made their preference for “express” style yachts loud and clear. Lacking the original 58’s upper helm station, the boat’s lower air-draft allows for easier navigation through coastal water, according to the builder.

Unlike the original, the Coupé lacks a staircase up to the flybridge. That change allowed the company to re-engineer the salon doors and integrate that area with the the cockpit and galley. Thanks to a new four-panel door that opens almost entirely, the main deck can now be a single open space. The new square footage created by the move also allows for additional countertop prep space and an extra under-cabinet refrigerator and freezer.

“As we’ve heard from the customers who have ordered a 58 Coupé, when a flybridge is not needed, this Coupé version of the 58 offers the best of both worlds: inside-out living and incredible flexibility, both in the accommodations spaces as well as the yacht’s overall performance, combined with all the other inherent virtues that made the Sirena 58 such a success already,” said Constantinos Constantinou, head of Sirena in North America.

Despite the changes, Sirena says the 58 Coupé will maintain its Category A vessel capabilities. Thanks to its fast-displacement hull, it has a range that exceeds 850 miles at an economy cruising speed of 10 knots. It’s also capable of a top speed of 25 knots, though available engine options can push that up to 28 knots.

While pricing info in not yet available, Sirena said there is already plenty of excitement for the 58 Coupé. Still two months before its official debut, three units have already been ordered by the brand’s customers.