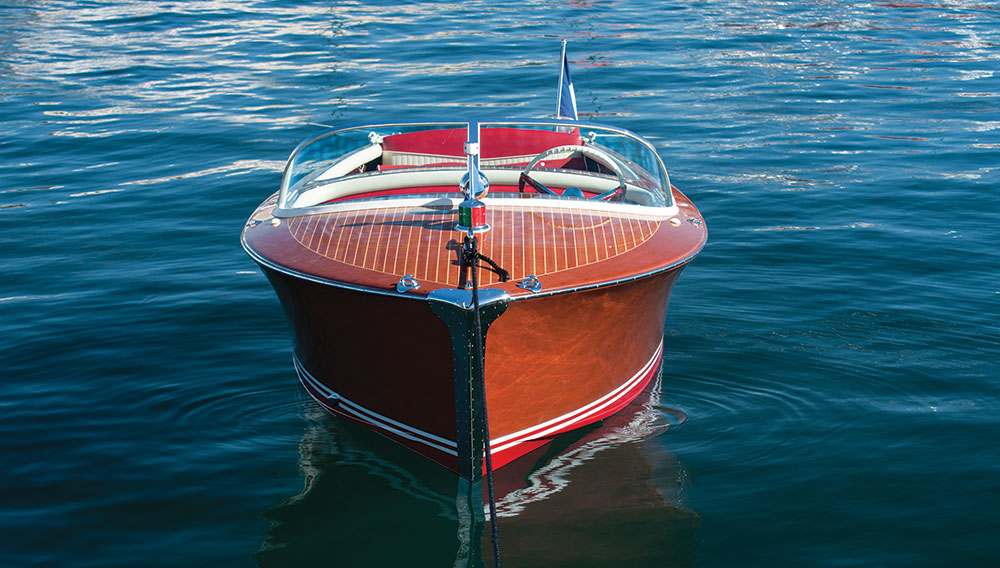 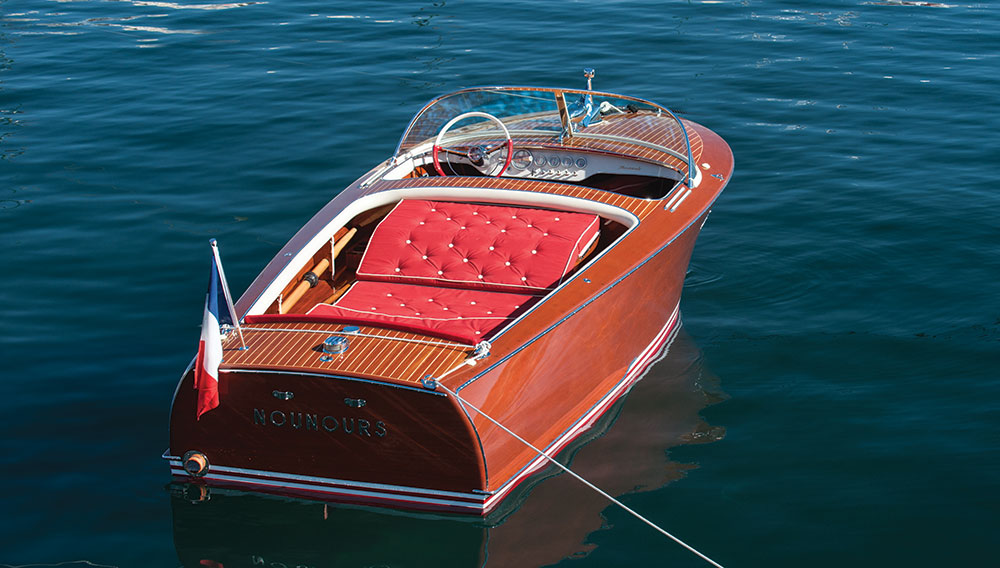 A wooden-boat story would be remiss if it did not include a Riva, in spite of the fact that the company builds only with fiberglass these days. A mention of “wooden boat” often brings to mind Brigitte Bardot riding the waves along the French Riviera in a wooden Riva. Hers was a 1959 Florida, a model that first came to market in 1952.

Riva was established in 1842 on the shore of Lake Iseo, Italy, by Pietro Riva. In the 1950s, the company became known for the boats we conjure up: classy, sophisticated, well-crafted pleasure boats, starting with the Ariston, then the Tritone (the first two-engine yacht), the Sebino (the company’s first series), and shortly thereafter, the Florida, made famous by Bardot. Riva introduced the Aquarama in 1962 at the Milan International Boat Show and it immediately garnered attention and fans. In 1969, Riva started building in fiberglass, which it still uses today, although it continued to produce runabouts in wood until 1996, when the last Aquarama Special was built. In 2000, Riva introduced the 33-foot Aquariva, which most reflects the classic yachts of the 1950s and ’60s. And while its hull is constructed from fiberglass, the yacht still features a mahogany deck and finishings. Riva does not release prices, but they have been reported in the $1 million range. If you desire a wooden Riva, you will have to look for a vintage model at enthusiast shows such as the Lake Tahoe Concours d’Elegance. 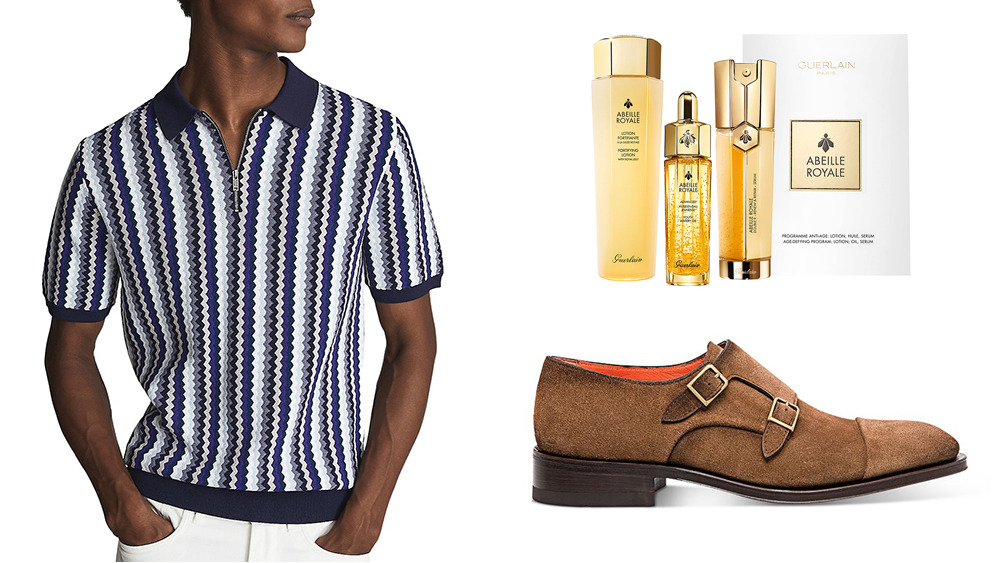 Santoni Deal Sheet: From Canali to Ralph Lauren, the Most Luxurious Deals Online This Week