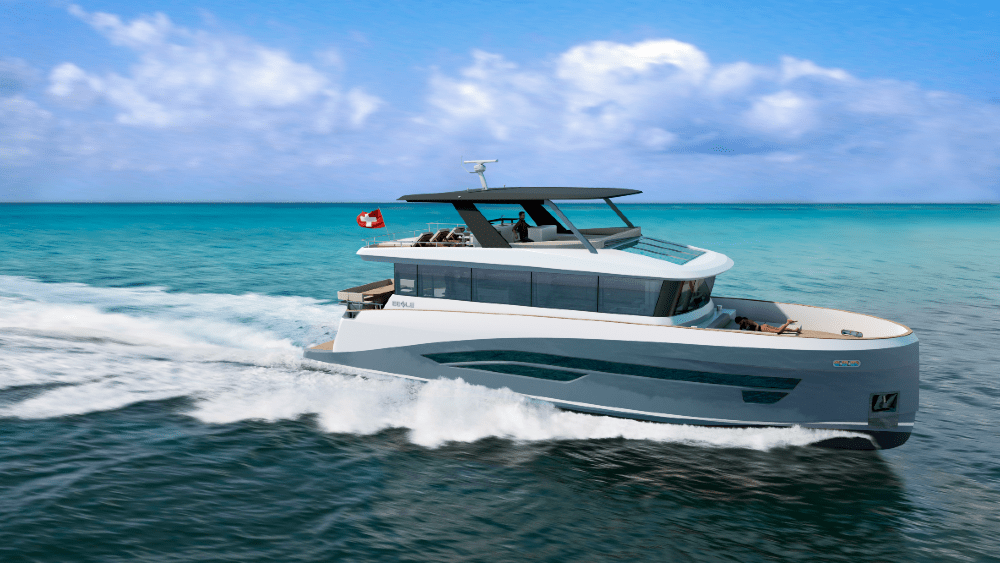 For many years, yacht builders adding solar panels to their boats discovered those panels would typically power a few things like the electricity and galley, and if they helped with propulsion, it would only carry a boat so far. In the last few years, new companies and boat-builders have emerged that are proving solar can be the main source of power—a big deal considering that most yachts are solitary creatures that are entirely reliant on a specific form of propulsion. No boaters wants to be 50 miles away from civilization in a turbulent ocean and suddenly see their engines go out. It’s not like they can call AAA.

The problem was that most yacht builders were sticking panels into yachts that were never designed to be self-sustaining. Boyd Taylor realized that several years ago as he was conceptualizing solar-powered catamarans for his company Serenity Yachts. Near the end of 2019, Taylor oversaw the launch of the Serenity 74, with almost 1,200-square-feet of solar panels. Those panels support all of the yacht’s onboard functions, while it cruises at 9 to 11 mph indefinitely.

The yacht functions so capably—using only solar power—because Boyd and his team of engineers started from the water up. They created an electrical system designed to only use solar energy. “We started with the solar system and built the rest of the boat around it,” Boyd told Robb Report.

Soel Yachts is one of the latest builders to introduce a solar-powered catamaran for emissions-free cruising.  Courtesy Soel Yachts

Once the electrical system was in place, Serenity Yachts’ team of naval architects and engineers designed a lightweight boat made of carbon-fiber weave, not pure fiberglass. Taylor says a fiberglass boat that size would weigh 8 tons more. Despite that emphasis on lightweight design, a Serenity Yacht still features interior accents and design materials that mean luxury. Granite countertops, for example, are built around a honeycomb structure, so only a thin layer of granite is needed.

Other boatbuilders have gained traction in the marketplace, as well. Soel Yachts, a Dutch company founded in 2011, recently launched its Soel Senses 48, a 48-foot pleasure craft that can sail at a top speed of 21 mph and cruise up to 56 nautical miles at 14 mph. Like Serenity, the Soel Senses 48 was designed for “high-efficiency electric propulsion,” as the company states—in other words, it was designed from the very beginning with solar power in mind.

Silent Yachts is one of the leaders in the solar-powered yachts industry, having just launched an 80-foot tri-deck catamaran that is powered by more than 1,200 square feet of solar panels.

Serenity’s 74-footer makes use of the catamaran’s wide beam, while adding windows across the entire upper salon.  Courtesy Serenity Yachts

In September, BYD Group, a full-service naval architecture and engineering firm in Spain, unveiled a new all-electric, self-sufficient 65-foot coastal cruiser dubbed Eegle. Positioned as a “game changer in the world of eco-friendly motoryachts,” the Eegle is equipped with 323-square feet of solar panels on its hardtop. Those panels, combined with four, 150-kilowatt electric engines, allows the yacht to cruise 1,080 nautical miles at 8 mph.

“Today, solar panels are much more advanced and can be adapted to more surface shapes than in the past, giving us more freedom to install solar panels in more areas,” says Tià Simó, a co-founder of BYD Group.

Beyond offering clean, eco-friendly sustainability, the benefits that an exclusively solar-powered yacht can offer, according to Taylor, are what your senses don’t pick up while on board.

BYD’s master suite shows the design advances that have been made in the last year in solar yachting.  Courtesy BYD Yachts

“You’re running a silent boat,” he says. “You don’t have the smell of diesel fumes or the vibrations and rumblings of a diesel engine. You get to smell the salty air and hear the waves slap against the hull of the boat. You can actually hear dolphins splashing in the water. You not only get to enjoy this incredible scenery and enjoy nature in all of its majesty, you get to know that you’re leaving it the way it was when you came.”