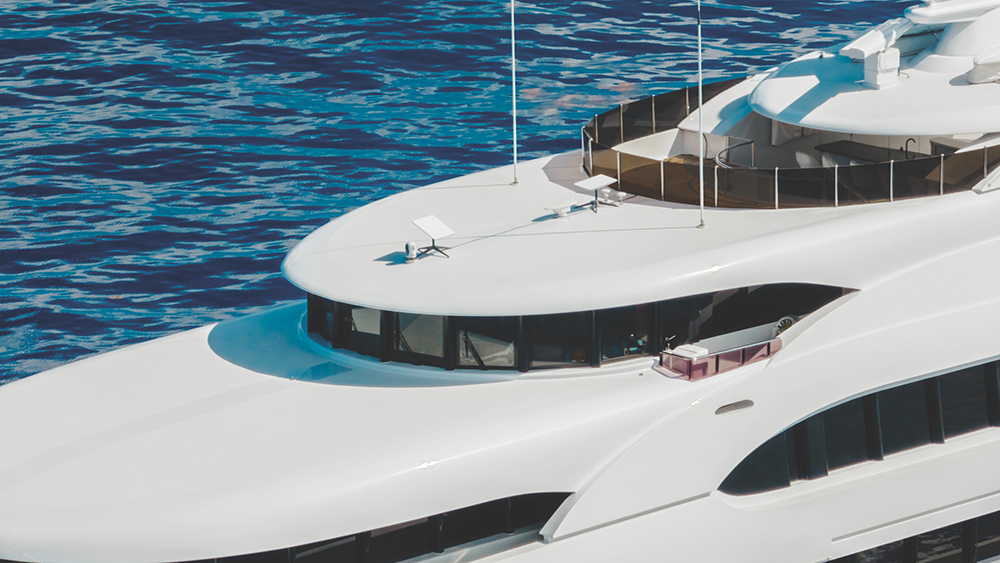 SpaceX’s new Starlink system, made up of thousands of small satellites orbiting the Earth at an altitude of about 340 miles, is now providing internet service to around 40 countries since coming online in 2021. The high-tech constellation is also proving brilliant for superyacht applications. “It’s a massive disrupter among existing SATCOM networks,” says Paul Clarke, captain of the 180-foot charter yacht Loon, who acquired one of the very first units.

Loon receives consistent download speeds of 150 to 200 mbps, according to Clarke, compared to the maximum 80 mbps with Viasat, the yacht’s other provider. Starlink also costs “$5,000 per month compared to $10,000,” for Viasat, he says, adding that fast, reliable internet service has become a necessity on the largest charter yachts as “many clients conduct business on board, and we’ve even had children doing home-schooling.”

Starlink said that its system will withstand “extreme cold, heat, hail, sleet, heavy rain and gale force winds,” while the position of its Low Earth Orbit (LEO) satellite network has some advantages over competitors in the much higher-flying GEO networks, which typically orbit at an altitude of 22,000 miles above Earth. LEO satellites fly at a much faster pace because of their proximity to Earth and provide faster connectivity. They are designed to provide connectivity to the most remote areas of the planet, making it ideal for vessels transiting high-latitude areas like the Arctic circle. Like other competitive LEO networks, Starlink promises eventual global coverage.

Starlink’s other beneficiaries are Loon’s 15 crew members, whose internet access had become secondary at sea with guests receiving bandwidth priority. “Now we can give the crew a fairly large slice of the pie,” Clarke says. But Loon won’t be ditching Viasat anytime soon, with Starlink still in its infancy. Plus, while transatlantic coverage just became available recently, full global maritime reach won’t be available until early next year.