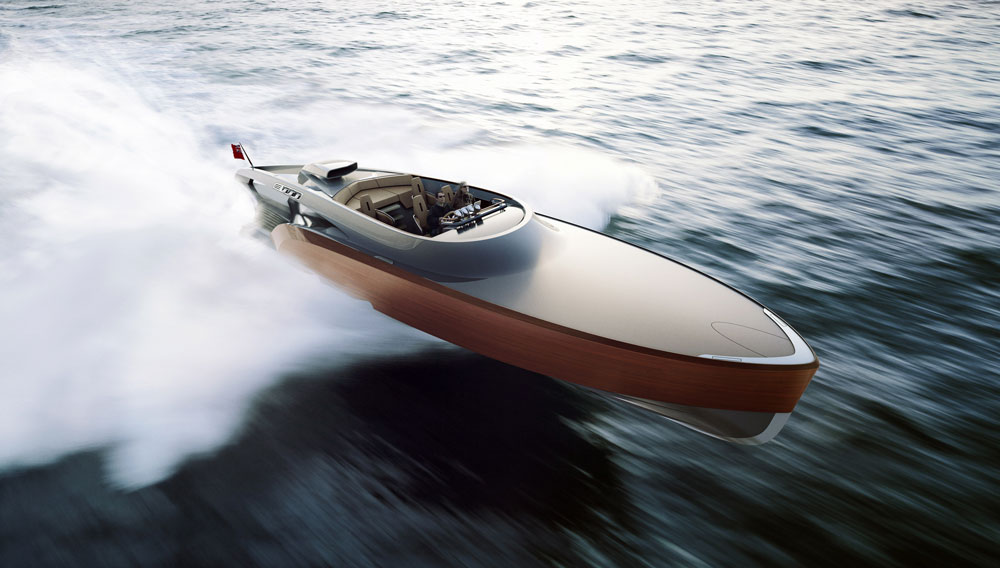 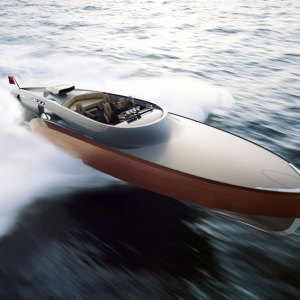 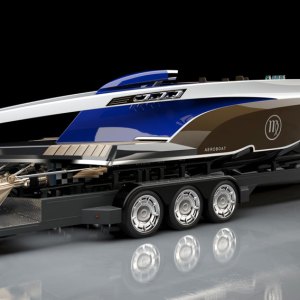 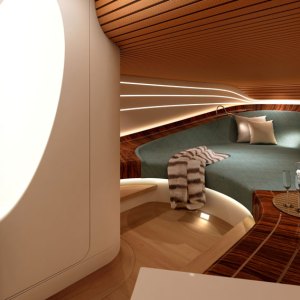 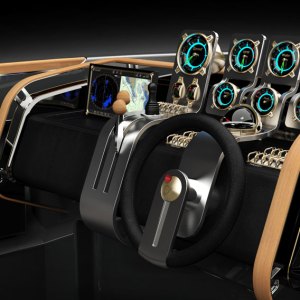 Inspired by the Spitfire, the famed World War II fighter plane that was instrumental in repelling the Luftwaffe during the Battle of Britain, the 50-foot Aeroboat will soon take to the sea with equal dominance over contemporary day boats. Conceived by the British design team Claydon Reeves, the concept craft will even share the same heart as its aerial muse, a Rolls-Royce Merlin V-12 engine that enables it to reach a top speed of over 50 knots. To enhance its fighter-like speed and maneuverability, plans for the boat’s construction call for an aerodynamic exterior of carbon fiber and lightweight wood veneer.

The spirit of the Spitfire carries through to the seven-passenger Aeroboat’s interior as well, with forward seats that use shock mounts based on the composition of the plane’s landing gear. The helm controls present a stylistic contrast of traditional and modern instrumentation. The joystick-inspired throttle is backed by a wooden dashboard, housing a combination of analog gauges and touchscreen navigation. For journeys that extend overnight, there is an en suite forward cabin, with a belowdecks double berth.

Since the Aeroboat’s aesthetics and functionality—from the cockpit layout to the engine specifications—can be customized to the owner’s wishes, the price per boat will range from approximately $4.6 million to $5.3 million. Unlike the Spitfire (of which more were built than any other English combat plane in history), the Aeroboat will be limited to a production of only 14—but perhaps that is enough to be the new boast of Britain. (claydonreeves.com)