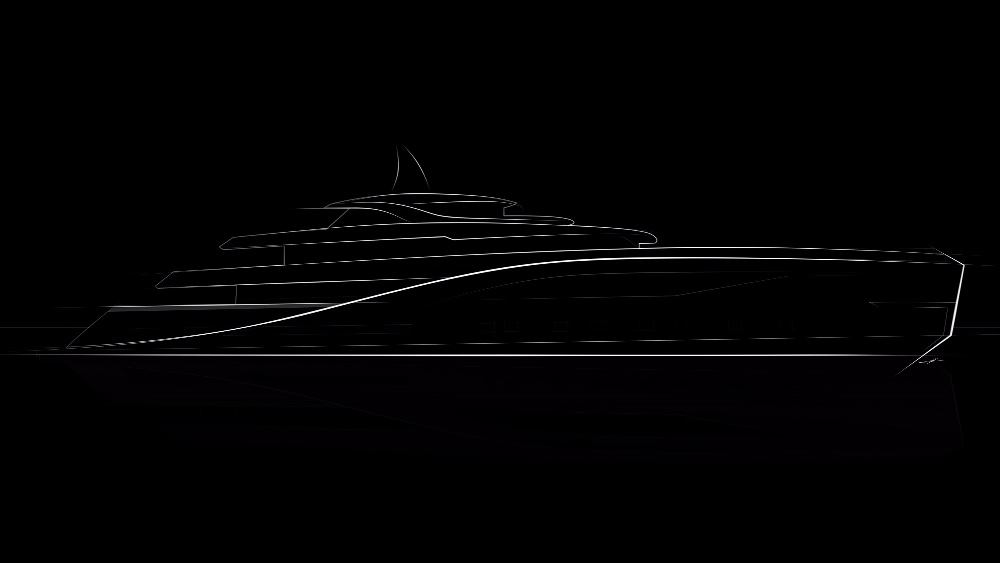 Perhaps it’s appropriate that the new 253-ft. project from Monaco-based Imperial Yachts is known as “Blue Marlin,” since the vessel’s exterior features a high forward deck that sweeps down elegantly amidships and finishes low in the stern, giving it the profile of a massive, stylish sportfishing yacht.

“Her look is defined by a prepossessing sheer line, flowing gracefully from bow to stern in a ribbon-like movement,” says Paul Costerus, who will take the lead the interior and exterior design for Sinot Yacht Architecture in the Netherlands.

Like a classic fishing boat, Blue Marlin will feature plenty of outdoor recreational space, although in this case, those areas will be occupied by amenities no sportfishing vessel ever dreamed of: a 20-ft. pool, dive center, spa, gym, and even possibly a helipad.

Inside, Blue Marlin will offer amenities for 12 in a six-cabin arrangement that includes a master in the forward section of the main deck, VIP suite on the bridge deck and four cabins below. A full-beam lounge area, also on the bridge deck, will provide a sun-filled space for relaxing with panoramic views of the sea.

It’s too early to talk about the specifics of power and performance, but the yacht, which will be built at Admiral shipyard in Italy and delivered in 2023, will feature a hybrid diesel-electric drive train. That hybrid power will allow it to explore remote destinations, while leaving a smaller carbon footprint, an increasing priority throughout the yachting world.

“Superyachts are always, and sometimes wrongly, associated with big engines, massive pollution and careless owners,” Julia Stewart, director at Imperial told Robb Report. “This is now completely wrong. No matter how large the new yachts are, they all have in common a goal to be as eco-friendly as possible. Environmental impact is becoming more and more a priority of our clients, and with Blue Marlin, we aim to deliver a superyacht that will be as striking as it is conscious of the environment.”