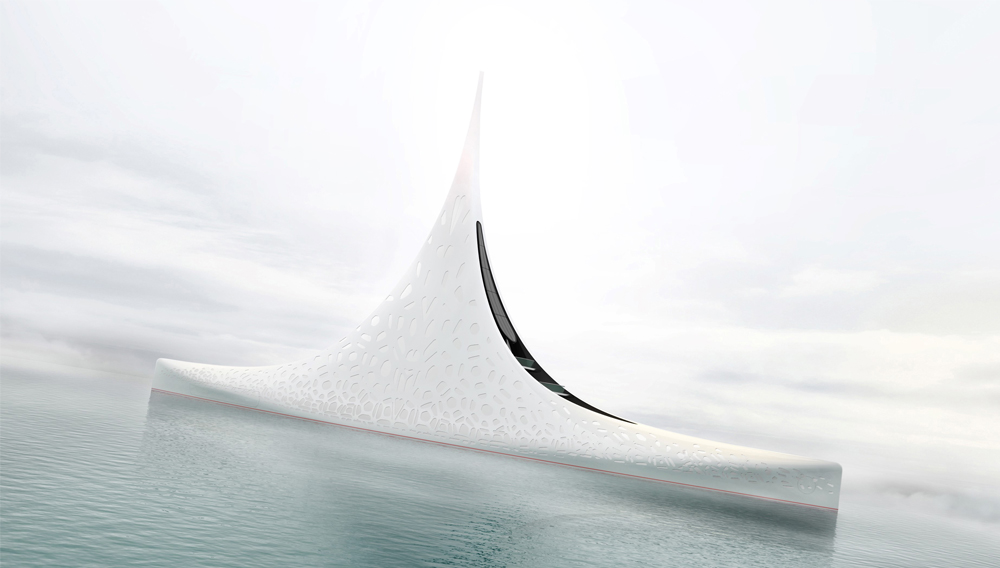 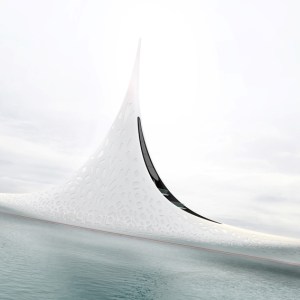 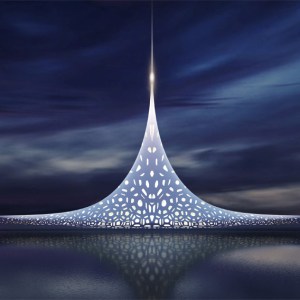 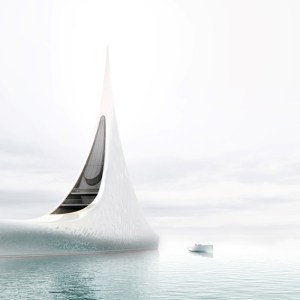 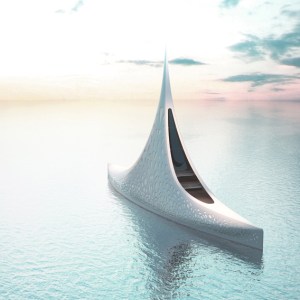 The radical new Star yacht concept from the Italian firm Lobanov Design, conceived in collaboration with the British naval architecture firm BMT Nigel Gee, pushes the boundary of contemporary yacht design. The 435-foot superyacht features a minimalist, symmetrical design, with a white hull and superstructure marked by an intricate, snowflake-like pattern of irregularly shaped windows—an effect made even more striking when the yacht is lit up at night. The forward and aft sections slope gently and then steeply up toward the exhaust stack amidships. The ship has eight generators powering two hybrid azimuth thrusters, which allow horizontal propulsion in any direction. This means that it can be set to slowly rotate throughout the day to maximize sun exposure.

The yacht’s interior guest areas consist of 37,674 square feet of space spread across eight decks that are accessed via four elevators in its central spire. The eighth deck features a viewing platform that is high enough to afford guests a visibility range of 12.4 miles—about 9.3 miles farther than they can see at sea level. The yacht can sleep as many as 36 guests in its 18 cabins, though it is able to accommodate more than 200 passengers at one time. (lobanovdesign.com)