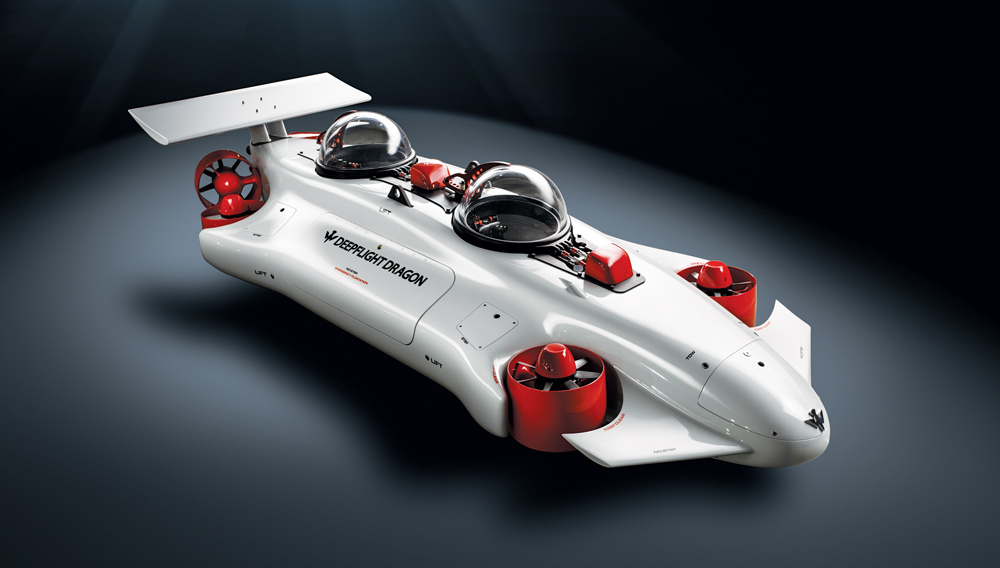 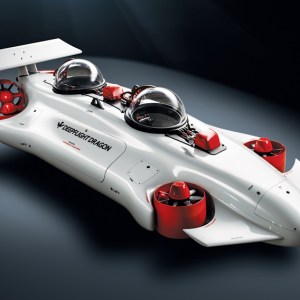 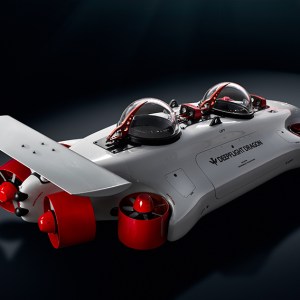 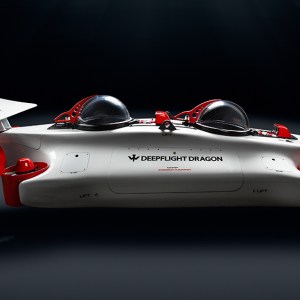 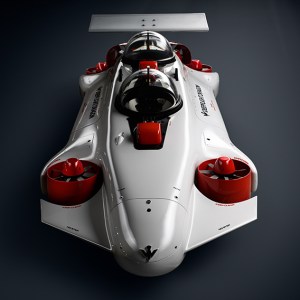 Although the new DeepFlight Dragon submersible can dive as deep as 400 feet below the surface of an ocean or lake, it is as easy to operate as any personal watercraft. In fact, because the sub is controlled with a lever and a joystick, maneuvering it evokes playing a video game. The Dragon is designed with tandem seating, and each cockpit has its own set of controls. Two pairs of vertical propellers—one at the nose and one at the stern—enable the vessel to hover at depths. The Dragon uses a pair of tail-mounted

fixed thrusters to turn, and when it pitches or rolls, DeepFlight’s proprietary stabilization system keeps it level.

The Dragon is inherently buoyant, so in the event of a mechanical failure that shuts down the thrusters, it will automatically float to the surface. The onboard DeepFlight Dive Manager allows you to preset depth restrictions (and other limitations) to prevent the sub from hitting the ocean floor, coral reefs, or other submerged objects. The Dragon’s electrically powered propulsion system enables the sub to cruise silently at a speed of about 4 knots. The system runs on a lithium-iron-phosphate battery pack, which affords about 6 hours of operation on a single charge.

The Dragon weighs about 4,000 pounds and is 16 feet long. It is available with custom trailers and launches that can make it as easy to transport as it is to operate.