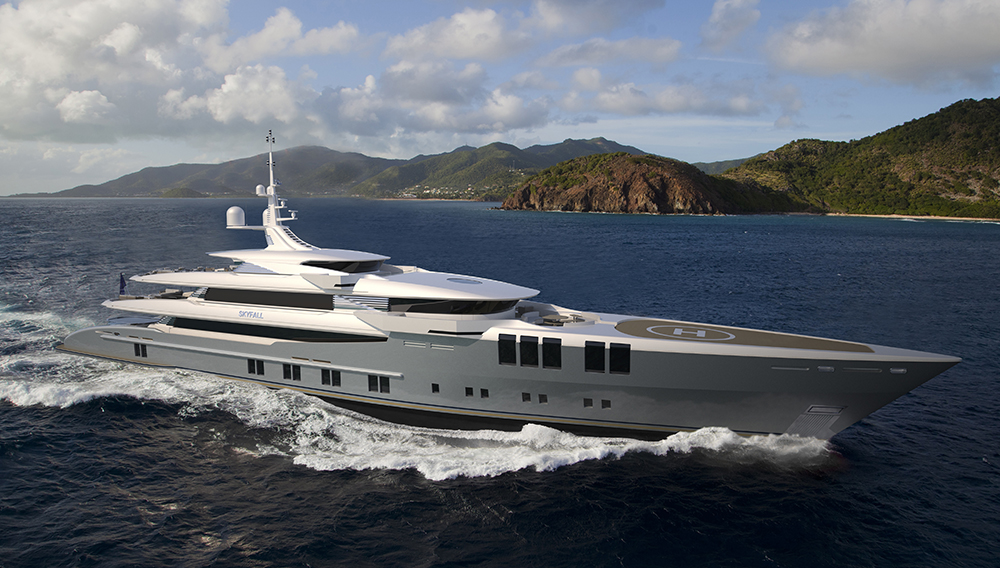 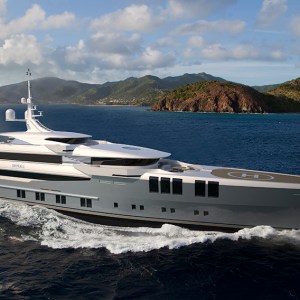 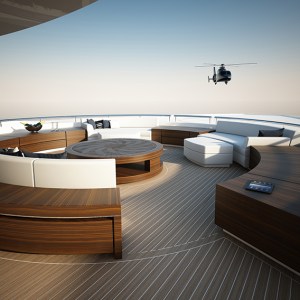 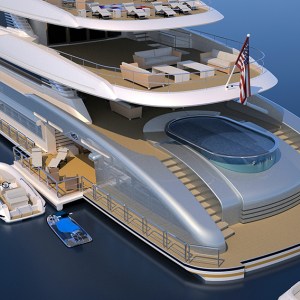 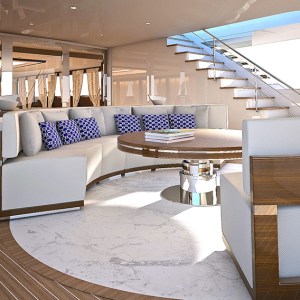 The relatively young builder Sunrise Yachts, whose shipyard is in Turkey, has been commissioned by an American businessman to construct Skyfall, the next in his series of yachts named after James Bond movies. (Previous ones have included Casino Royale and Diamonds Are Forever, among 17 others.) At 223 feet, it will be the owner’s largest yacht to date. Designed by the Roman firm A. Vallicelli and Co., the yacht will feature a steel hull and an aluminum superstructure. To meet the owner’s speed goals, the yacht will be equipped with two MTU engines that produce a combined 9,230 hp, which will propel it to a top speed of 25 knots. The vessel’s impressive 5,000-nautical-mile range will allow transatlantic crossings, while its relatively shallow 10-foot draft will permit it to dock at marinas that are normally inaccessible to yachts of its size. Focus Yacht Design has been brought on to decorate the yacht’s contemporary interior, which will accommodate as many as 12 guests and 16 crewmembers across five decks. Though still in early development, Skyfall is shaping up to be a truly impressive offering from a shipyard that launched its first yacht just five years ago. The yacht is scheduled for delivery in 2017. (www.sunriseyachts.com)