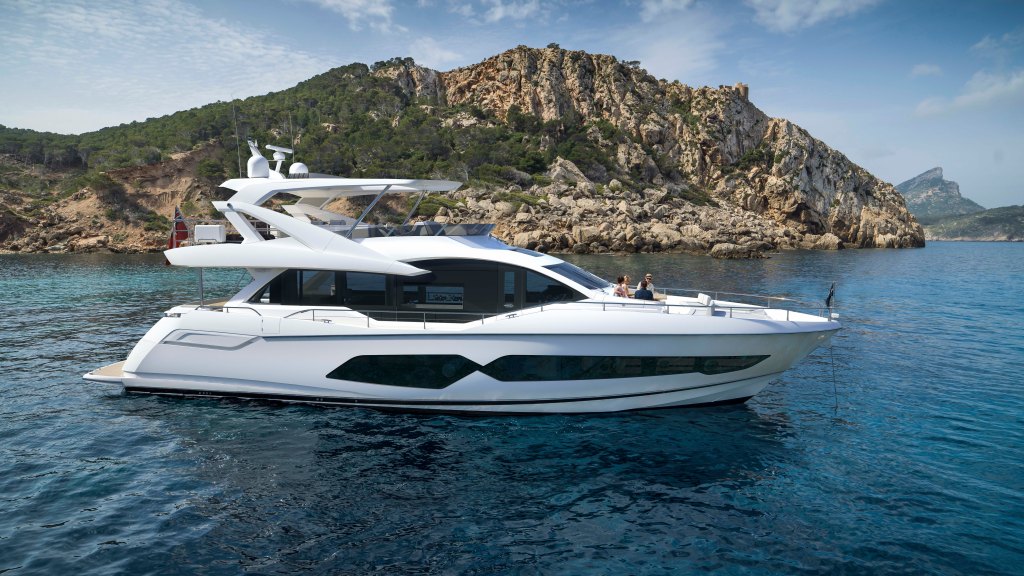 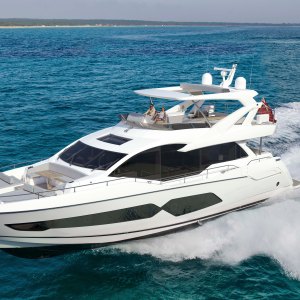 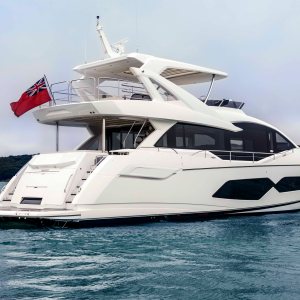 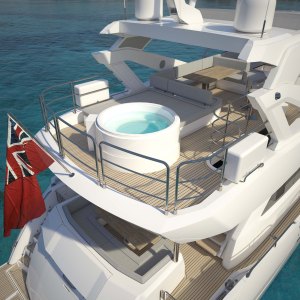 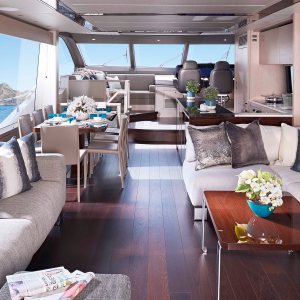 The new Sunseeker 76 Yacht sits in the sweet spot between 60 and 95 feet, a motor yacht approaching superyacht status. The British builder did everything it could to push the smallest member of its Yacht range into the superyacht category, including an optional hot tub on the rear of the flybridge and the most impressive foredeck social area on a yacht its size. But the new 76 is more than the sum of a few noteworthy parts. I had a chance to spend time on the boat at the Fort Lauderdale International Boat Show, and left with the impression that it’s a much larger yacht than its hull length suggests.

Sunseeker has always been clever with designing details that improve the look and livability of its yachts. The designers at headquarters in Poole, in fact, are arguably the unsung heroes of the motor yacht industry. They work in relative obscurity compared to the more famous Italian and Dutch designers, whose names are plastered all over any hulls they create. Feature for feature, however, the team in Poole has turned out some of the most creative designs in the industry. That’s no different on the new 76. The open-plan main deck, for instance, has impeccable silver-oak interior woodwork with wenge hardwood flooring, 360 degrees of windows, a chef’s galley amidships, two large facing lounges, and a James Bond helm that one would expect from Sunseeker. But it also has two other noteworthy features: an opening sunroof over the helm and cockpit door that opens fully, so there’s just a wide-open passage between the cockpit and saloon. These openings to the great outdoors are common on other Sunseekers as well—so is the abundance of light. The designers included large hull windows on the lower deck so that all four staterooms would be bathed in natural light, which makes them feel larger. They also included glass panels on the stairway down to the staterooms, a touch that lets the light flow and creates a greater sense of space than on most yachts, which typically have darker, enclosed stairways. Thanks to the smart use of glass all over the boat, barriers disappear and the 76 seems larger.

The other differentiator on the Sunseeker 76 is it three exterior social areas. The foredeck not only has a table and lounge, but two large sunbeds in front. The aft cockpit has a full-beam dining table, wet bar, and loose seats that fit into side spaces. The flybridge makes great use of the space, with the helm up front, two lounges (one with a dining table) next to each other, and large sunbeds looking aft over the water. A hardtop with retractable center offers shade for the central section.

Performance is always a key feature of the Sunseeker line, and the 76 Yacht is no exception. The boat has an impressive top end of 32 knots with its twin 1,550 hp MAN engines, and at friendly cruise, its range of 400 nautical miles. It even has a joystick control that links the bow- and stern-thrusters to the engines, for fingertip steering at idle or full speed.