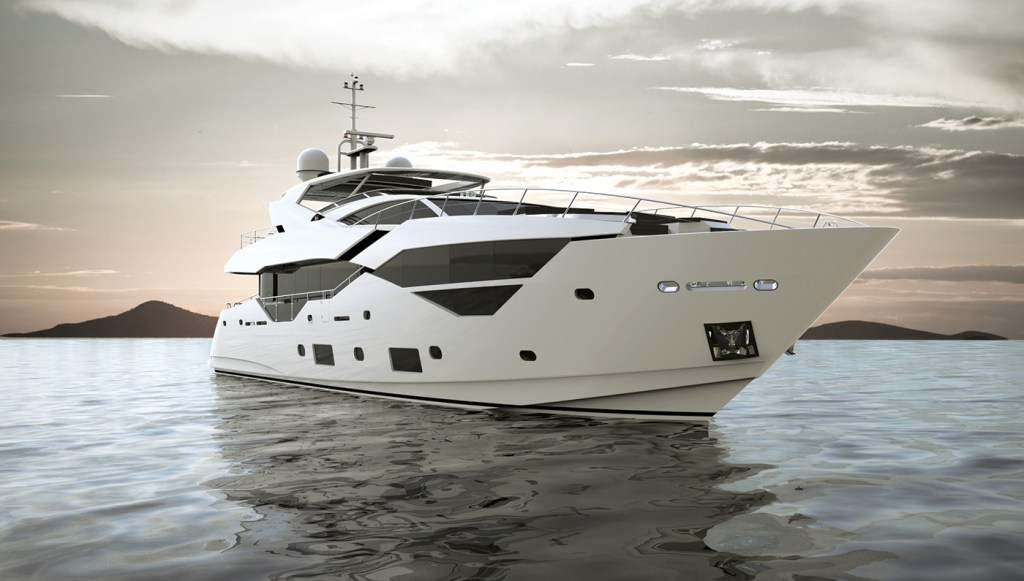 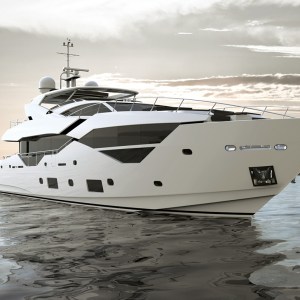 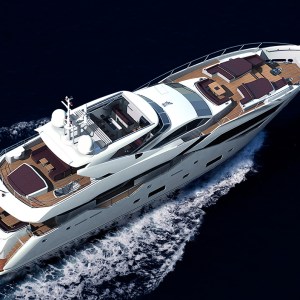 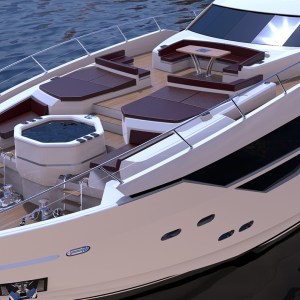 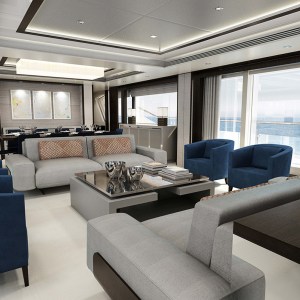 A year ago, Sunseeker (sunseeker.com) celebrated a rare milestone among yacht builders when it launched its 100th yacht longer than 100 feet. It attained this achievement in only 15 years, and apparently the British brand has no intentions of slowing down at building big boats. Since last summer it has added three models to its semicustom Yacht series, and two are longer than 100 feet: the 131 (starting at about $20.7 million) and, most recently, the 116 ($13.1 million; left, top). The third new model, the 95 ($7.9 million), is just shy of a triple-digit length.

Each yacht features large open-plan interior spaces and long banks of windows—shaped liked triangles, trapezoids, or parallelograms—in the superstructure and hull that afford expansive ocean views and enable natural light to fill the saloons and cabins. The boats are also fast: The 95 can reach 28 knots, the 116 goes as fast as 26 knots, and the 131 tops out at 25 knots.

The saloon and dining area of the 116 are larger and brighter than those of the 115 model that it replaced, and the master suite, absent any bulwarks, has floor-to-ceiling windows. Where the foredeck of the 115 was a nook, on the 116 it is a full-size social area with lounges, sunbeds, and a hot tub.

Boat of the Week: This Sleek New Cruiser Is Helping to Resurrect an Iconic American Brand