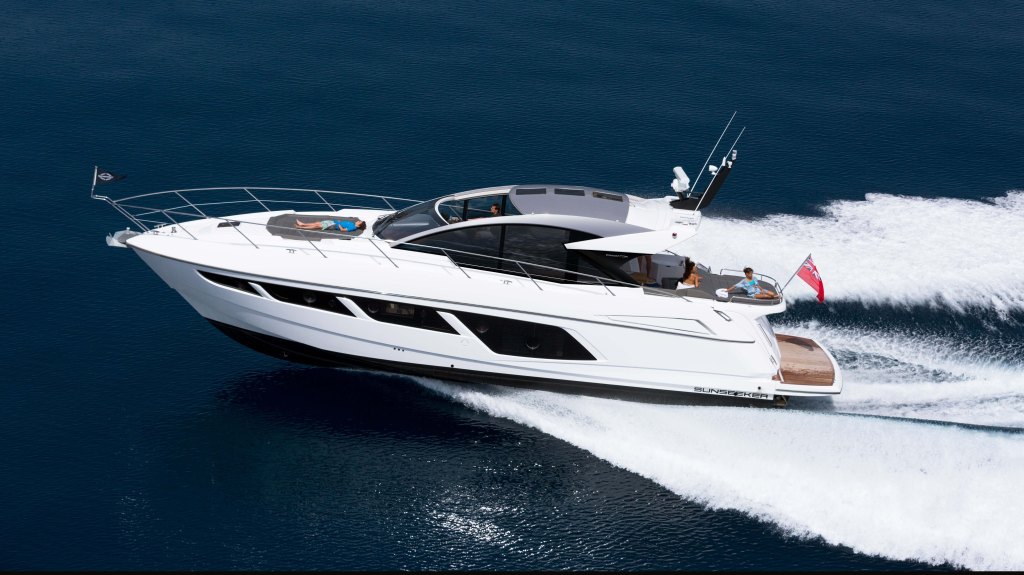 British boat builder Sunseeker Yachts last week shared its roster of yachts that will be shown at the upcoming London Boat Show January 10 to 14, at that city’s ExCel Exhibition Center. Sunseeker will be displaying its 76 Yacht, Manhattan 66, Predator 57 MK II, the Manhattan 52, and the San Remo. The 76 Yacht and Predator 57 MK II launched this fall and will be making their show debuts.

A beach club with fold-down seating, a shower, and a built-in barbecue grill makes waterside relaxing a comfortable possibility. The hydraulic swim platform will entice even the most tentative guests to dive in, and it makes launching the garaged PWC easy as well.

Depending on owners’ engine options, the Predator 57 MK II can blast up to a sporty 40 knots. 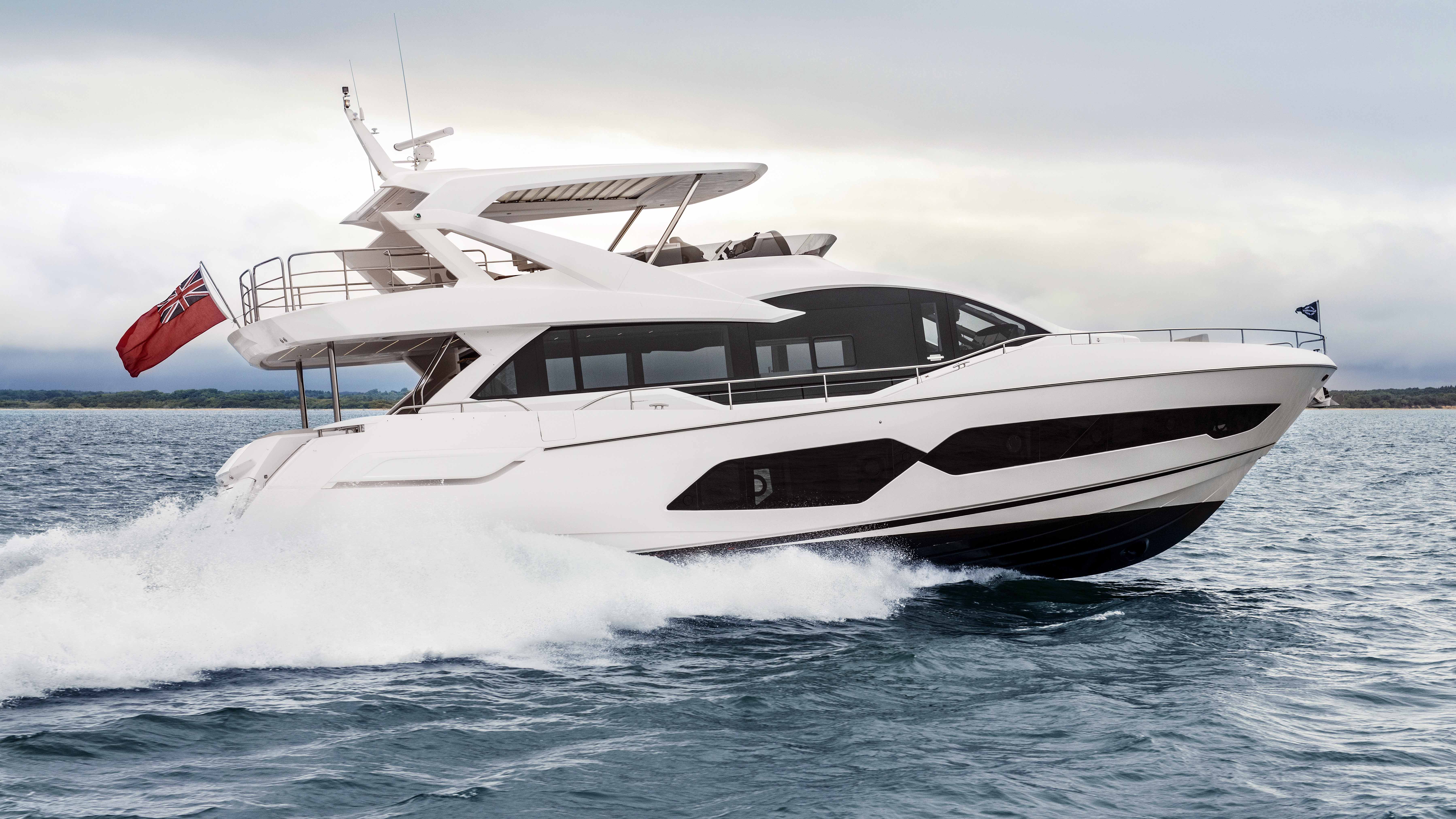 Also making its London Boat Show debut is the new 76 Yacht, launched in September in Southampton. Sunseeker maximized natural light via full-height windows and an optional retractable glass skylight over the lower helm. The exteriors also offer up extra alfresco options with a barbecue-bedecked beach club with foldout seating and a full-height rain shower, as well as a hydraulic swim platform. Foredeck dining and sunning, a large cockpit, and a roomy flybridge that can host a hot tub and bar round out the plein-air opportunities.

Down below the 76 Yacht houses four light-and-bright staterooms, including a full-beam master suite, as well as a crew cabin for three.