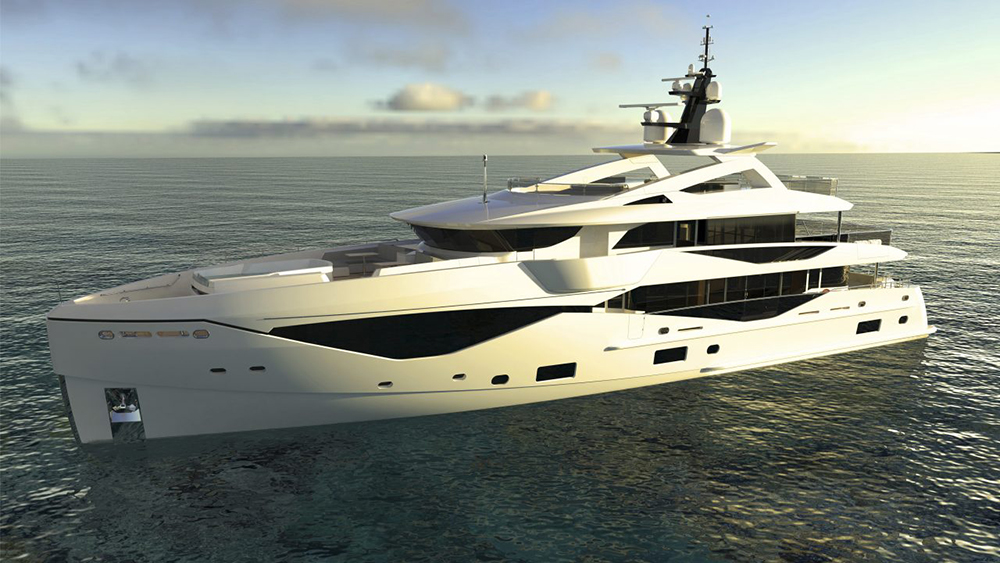 Brace yourself, folks, there will soon be a slew of new Sunseeker superyachts in the world. The British shipyard is seeking bigger and better things—quite literally: It plans to double in size—to 22 models in total—over the next three years.

The shipyard is launching an in-house superyacht division which Sunseeker fittingly announced at the Monaco Yacht Show last week: The UK builder has teamed up with Pendennis and Icon Yachts to churn out a new line of metal-built vessels ranging from 100 feet (30.7 meters) to 160 feet (49 meters)—and they’re already serving up new concepts.

One such showstopper is the Sunseeker 133 Yacht,  which, you guessed it, spans a lofty 133 feet. Revealed at the Cannes Yachting Festival last month, the “radical” new superyacht will be Sunseeker’s first-ever vessel to feature a vertical bow. Sporting a round semi-displacement hull, the sleek boat affords 27 percent more interior volume than sister ship Sunseeker 131 Yacht.

Aside from its aesthetics, which the Sunseeker describes as a “drastic departure in looks,” the superyacht packs a mighty punch in power, too: MTU 16V engines deliver 2,600 hp for a top speed of 24 knots and cruising range of 3,500 nautical miles. The 133 edition is built at Sunseeker (hull and associated engineering) and Pendennis (fit-out), and is expected to hit the water in 2021.

Another jaw-dropping concept we’ve been teased with is the Sunseeker 161 Yacht. The tri-deck superyacht features classic lines and an interior that can be styled to each owner’s preference via Sunseeker’s bespoke service. When finished, the 161-foot vessel will offer five staterooms for 10 guests, with the possibility of a 12-guest/six-stateroom configuration, plus a host of high-end amenities, like a plunge pool and beach club. The 161 first surfaced back in 2018 and will be brought to life by Dutch builder Icon. It’s scheduled for a late 2021 launch.

“New and exciting products breed growth in this market and the response we have received for our latest models has been nothing short of incredible,” Sean Robertson, president of Sunseeker sales in the US.

That’s fortunate because the company will invest around $73.8 million (£60 million) into its new line of yachts over the next five years. Get ready the break out the champagne bottles.