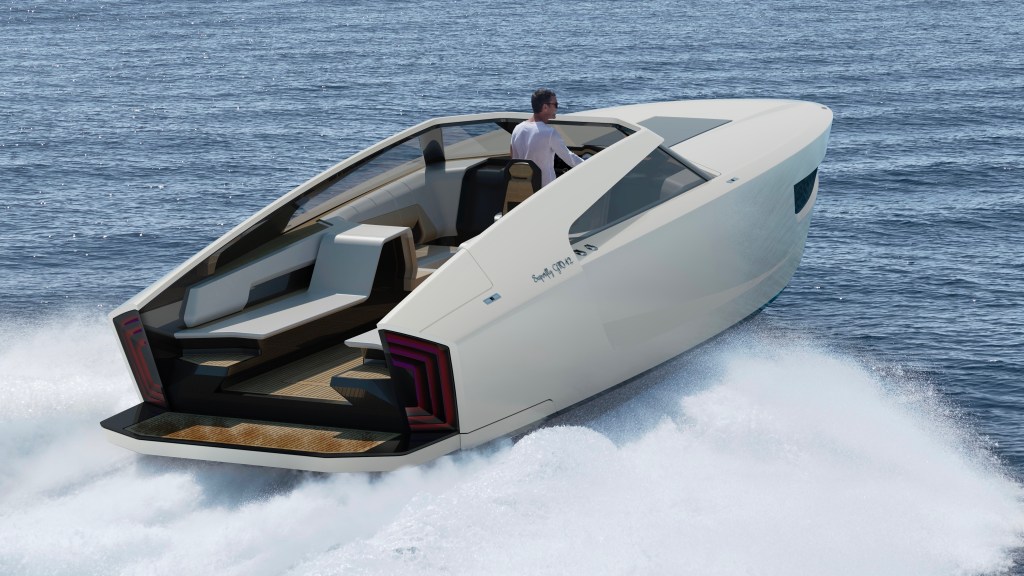 Naming a Nordic-built boat with American slang might seem like a risky marketing venture. But last fall, Flying Flipper introduced its innovative Superfly GT 42 and it’s everything that the name—cool, confident, and ostentatious—means on the street in the States. The layout from Red Design was like nothing else on the water. It was divided in half, with an enclosed cockpit separating the forward galley and bathroom from the oh-so-cool aft stateroom, with its long centerline skylight and transparent walls both fore and aft.

The Swedish builder is launching its open version this week at the Stockholm boat show. The new GTO 42 is as trendy as its closed-back cousin, with a tall windshield over the helm that transitions into side walls all the way back to the transom. At the rear end of the cockpit are twin lounges on both sides that allow the guests to either sit and talk, or just lie down and watch the rooster tail in the wake behind. The open-transom design also makes the water immediately accessible. Like the GT 42, the GT42O has a sci-fi helm with a wheel that is circular and rectangular, touch-screen consoles, and a single helm seat for the driver.

Red Design cherry-picked different elements of supercar design to create the GTO 42, including air scoops that funnel fresh air into the forward cabin and engine room, sculpted windows, and even what look like taillights at the stern. The boat is built for speed, with a stepped hull, lightweight carbon-fiber layup, and choice of inboard engines from Volvo or MerCruiser. With 430 hp gas inboards, the Superfly has a top end of 50 knots. With diesels, it’s closer to 45 knots.

The interior includes a high-tech galley beside a dining table, large bathroom, and forward stateroom with a king-size bed. Flying Flipper also added some gee-whiz features like lights inside the air grills and space for a table for four in the cockpit. The boat promises to do well in sunny climates where boaters appreciate a very fast fashion statement.