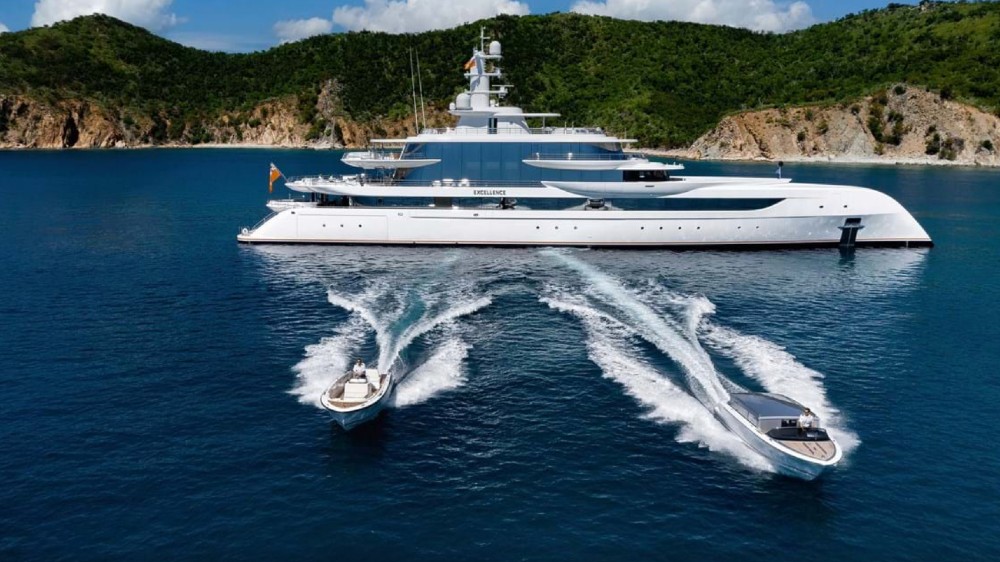 Pictured: Excellence, with a charter price of $1.1 million per week. Courtesy Burgess Yachts

The yacht charter market is much less confused than last year, but some of the most popular destinations are still muddied by Covid uncertainty. Many yachts that usually head across the Atlantic are staying in the US or Bahamas, unsure when France and Italy will open to charter vessels, or with another Covid wave, whether they’ll stay open.

Despite the uncertainty, many brokers are expecting a record season and report many of their top vessels are booked out. “This will be a summer like we have not seen since the early 2000’s,” Robert Shepherd, partner at Edmiston, told Robb Report, pointing to a rise in personal wealth among high-net-worth individuals. “We have also seen an unprecedented amount of yacht sales, which has brought a new selection of yachts to the market for charter.”

The boom is welcomed by brokers. “Last year was chaos,” Gina Robertson, a charter broker with Fraser Yachts, told Robb Report. “Many owners refused to give refunds or allow future changes, but now Covid addendums on the contracts allow for customary variations. Things are still a bit up in the air, but nothing like last summer.”

While the Western Med remains a question mark, charter vessels are moving into popular cruising areas like Greece and Croatia.  Courtesy Northrop & Johnson

Greece, Croatia and Turkey recently announced they will allow charters. Brokers are waiting for France, Italy and Spain to reopen before they steer Americans towards those countries. “A number of yachts are considering moving their cruising areas from the West to Eastern Mediterranean for the season,” emailed one broker, asking not to be named. “I’m telling clients if they ever wanted to visit Greece or Croatia, now is the time.”

The demand is there, says Robertson. American clients are “champing at the bit” to cruise the Western Med. “We’re just not promoting new business in the Western Med until we have more news,” she says.

French President Emmanuel Macron told local media that he expects his country to reopen to vaccinated Americans on June 9, while Spain also said it would open to non-European travelers in June. Italy said it would allow EU tourists into the country by mid-May, though it’s not clear when vaccinated Americans will be welcome. “There’s also a difference between tourists being permitted to visit and ports opening up to charter yachts,” adds Robertson. “Those could be different dates.”

The 263-foot Tatiana, a new launch from Bilgin, is one of the more popular charter vessels this year.  Courtesy IYC

Facing uncertainty, charter yachts that usually cross the Atlantic are staying on the American side. “Around half of our fleet in the Caribbean are making the trip across this summer, while some are staying put to accommodate Americans looking for an escape closer to home,” Ben Harwood, partner and head of charter management at Burgess, told Robb Report.

Instead, yachts are relocating to the Bahamas or heading north to New England. “The Bahamas is jam-packed,” says Robertson. “Their Covid case numbers have been so low that they opened up without quarantines and are allowing travelers with proof of vaccine.”

The British Virgin Islands, which dropped its quarantine requirements on May 15, remains a popular year-round charter destination. “We’re expecting busy traffic the rest of this month and into June and July,” Raul Bermudez, vice president of MarineMax Vacations told Robb Report. “That will continue into September and through the rest of the winter. It should be a very busy year.”

About half of the boats that would typically cross the Atlantic for the Med charter season are staying on this side of the Atlantic. The Bahamas has proven to be the most popular charter destination. Pictured: Party Girl.  Courtesy Northrop & Johnson

Costa Rica will also become a trendy destination, according to Fraser COO Mike Busacca, thanks to a recently passed law that allows foreign-flagged charter yachts to the enter its waters. Fraser was part of a group that included that Costa Rica Marina Association, Marina Vez Pela and Marina Papagayo, that lobbied the government for the change.

The agreement, signed on April 5, is in the final stages of implementation. “It’ll be great for the marinas and charter yachts,” says Busacca, who attended the law’s signing by Costa Rican President Carlos Alvareda Quesada. “The waters and beaches are stunning, and the fishing is incredible. It should be very popular with clients who are looking for something new.”

With high demand has come a scarcity of top vessels. “We’ll sell out this year,” says Daniel Ziriakus, president and COO of Northrop & Johnson. “What we’re seeing now is limited inventory. The charter market has become a supply-side issue.”

The reasons: Many of last year’s canceled charters shifted to this year, while this season’s heightened demand includes an influx of first-time charterers. There are “good boats” available, notes Ziriakus, but one needs to book now. “If you wait until everything is 100 percent open, it might be too late,” he says.

Fraser reports that many people are now doing their charters within seven to 10 days of booking, rather than booking three to six months out as was normal during pre-Covid times.

Long-term clients are also responding differently to the new normal. “One of my oldest clients usually lets it go until a few days before the charter,” she says. “He booked last month for a charter in late July. That’s how tight it is.”