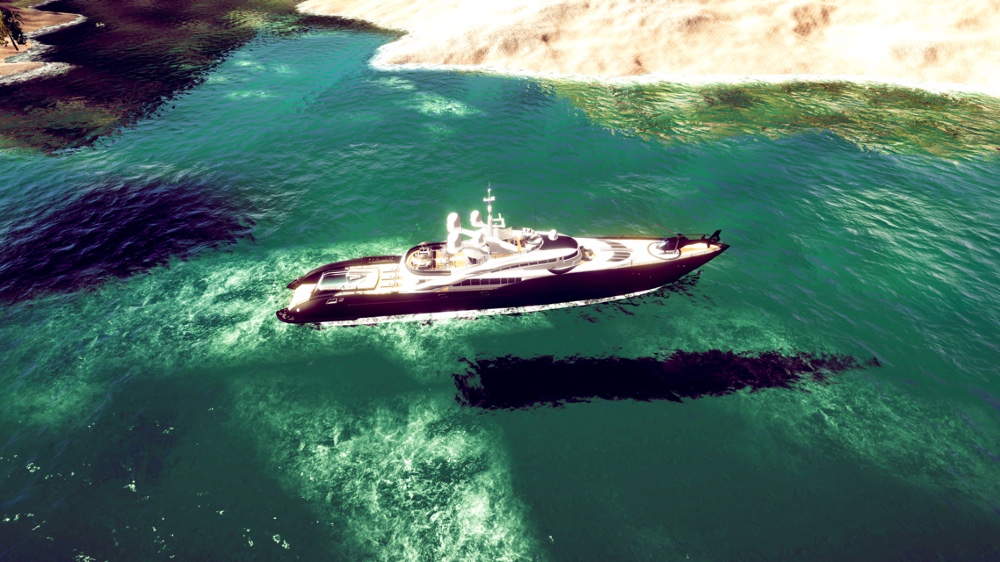 At a time when most yachties would normally be congregating in the Caribbean or preparing for an early season of port-hopping in the Med, the pace of charters has slowed with the arrival of Covid-19. Far from being dead in the water, however, the charter market has been put on hold, with some yachts even spending a self-imposed lockdown in more remote locations than usual.

“As tighter restrictions came into force, our clients began to ask more questions about traveling farther afield,” Burgess CEO Jonathan Beckett told Robb Report. “Quite a number of clients postponed their plans to follow their respective government’s advice on travel, but a few also sought solitude in destinations such as the Caribbean and South Pacific.”

“We also have a few examples of owners and families who left a few weeks ago ahead of the crisis to head to the Caribbean,” says Fraser CEO Raphael Sauleau. “In terms of charter, we are still receiving requests—but it’s more so for summer.”

The charter season is still in flux as it remains unclear when ports and popular cruising grounds will reopen.  Adobe

Other brokers are seeing charter enquiries for later in the year. Imperial, whose charter fleet currently resides in the Indian Ocean, has received charter requests for late 2020 and for longer periods than the usual one to two weeks, while Ocean Independence is readying itself for “an influx of later charter business.”

“We are operating on what can be referred to as an ‘open-ended postponement,’” Toby Maclaurin, Ocean Independence’s sales director, told Robb Report. “Many guests have entered into discussions about postponing their charters until a more convenient time of the year.”

Maclaurin says most charters booked for the 2020 Monaco Grand Prix have been deferred until 2021 through an addendum to the agreement. Those who had trips booked in late May or early June have agreed to autumn charters.

“While times are uncertain, isolation has by no means diminished peoples’ appetites for travel,” Maclaurin adds, “and we expect that as we settle into this new normal, people will still be eager to experience yacht charter when they are able to.”

Jennifer Saia, president of B&B Yacht Charters in Newport, RI, has also seen her clients postponing charters until later in the season. “We’re taking it month by month to see how everything looks for summer,” she told Robb Report. “Right now, with so many ports in the Caribbean and Bahamas closed, it’s virtually impossible to run any charters there. Many of my May charters are now being rescheduled.”

Yacht owners are being flexible by working with clients for later dates, notes Saia, who also sees the potential for more charters in New England, the Pacific Northwest and the Chesapeake regions, once the Covid-19 threat has passed.

Charter brokers are working with yacht owners and clients, with booked charters being pushed back later in the year.  Adobe

Charter brokers, says Saia, have done an unusual amount of collaboration to keep charter options in front of clients. “We’re doing webinars, strategic campaigns and even conference calls, even though we’re competing for the same clients,” she says. “We realize that we’re all in the same boat.”

Once air travel, ports and maritime movements have been reopened, Julia Simpson of SuperYachtsMonaco believes it will be the larger yachts that will prove to be first choice for owners and charterers.

“Yachts with onboard spas, beauticians, fitness instructors and crew that are highly entertaining will be first choice and for the time being, the yacht, rather than the destination will be star of the show,” Simpson told Robb Report.

Simpson cites the 246-foot Cloudbreak and 171-foot DB9 as examples of charter vessels that will be in demand. Imperial is currently readying the 446-foot Flying Fox, equipped with a spa and onboard medic, for a late 2020 charter.

With onboard spas, entertainment and fitness offerings, some yachts may soon become as important as the destination. The 440-ft. Flying Fox, with full amenities and onboard medical center, will be chartered later this year.  Lurssen Yachts

Beckett adds that some families have recently undergone multi-week charters as a way of self-quarantining. “We have had one seven-week and one four-week charter booked, where families decided to see out the pandemic on a yacht,” he says. “They will be home schooling, but the children will also have cooking lessons with the chef and spending time in the engine room with the engineers learning the more technical sides of yachting.”

While brokerage houses wait to see how the Mediterranean season will be affected, the unified message from the travel industry is to offer support by postponing rather than canceling travel plans.

“We liken Covid-19 to a bad storm at sea,” says Beckett. “You know it’s coming, you can track it, but you can’t avoid it. What is certain is that it will pass, and once it has, normality will return.”