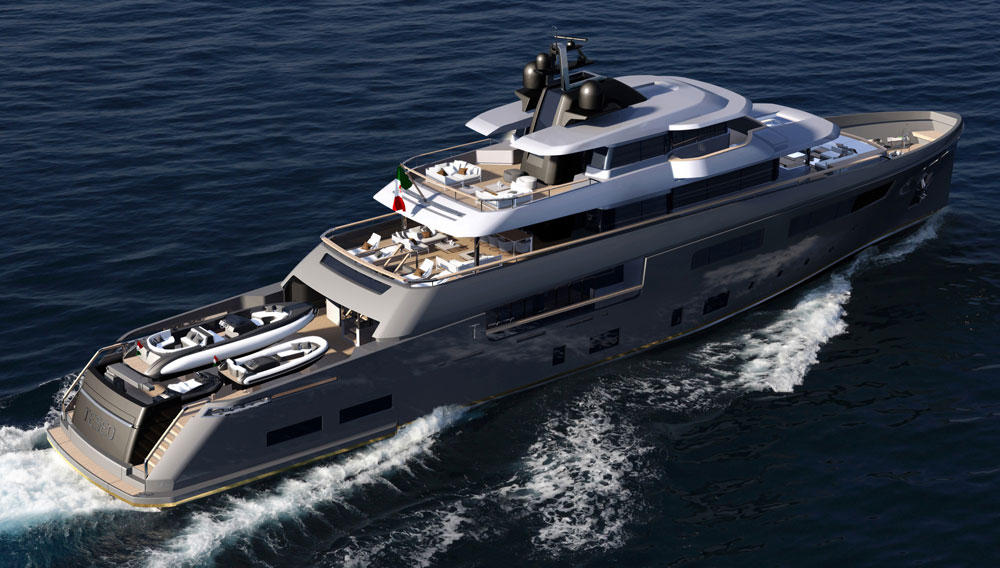 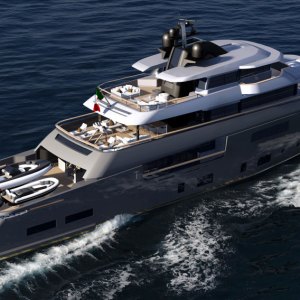 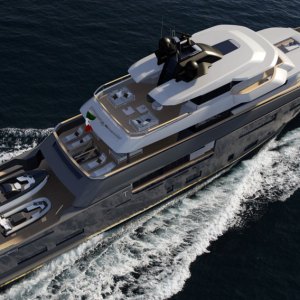 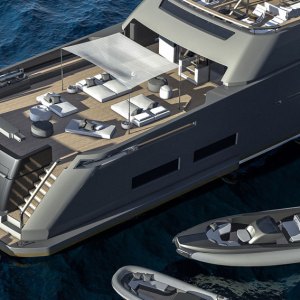 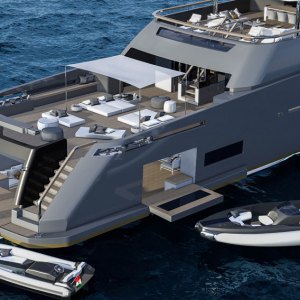 Zuccon SuperYacht Design’s new 164-foot Teseo expedition concept, developed with the Italian superyacht builder CRN, takes its name from a Handel opera that opened in London in 1713 and featured then-advanced special effects like flying dragons and floating apparitions. The five-act opera was a showstopper in its day, much as the yacht will be when it finds the right owner.

Zuccon, which has had a partnership with CRN for 20 years, conceived Teseo with a solid-looking expedition hull and a transoceanic range. Like the opera, however, the design of the yacht is versatile enough to let the owners customize their “sets” according to individual needs. “Teseo offers all the design flexibility an owner will need for different cruising grounds,” says Bernardo Zuccon, the lead designer. “In many cases, the place where the owner uses the boat will determine the final design.”

Zuccon realized in the early design phases that a superyacht cruising the Inside Passage to Alaska would function differently than one port-hopping the Italian Riviera. “We designed this boat to be eco-friendly and green, with a classic, timeless exterior style,” he says. “But we also realized that most owners of expedition yachts want a full battery of water toys. Because we moved the superstructure much farther forward than most yachts, we have enough volume to house a 26-foot and 16-foot tenders and a water scooter.”

Some owners may want a more traditional interior layout, while others may want to have an outsize beach club, with less emphasis on the interior. Zuccon used a jigsaw-puzzle design approach to create three distinct layouts, each focused on the different priorities of potential owners. On the first, the expansive interior/exterior beach club is at the stern, connected to a large fold-down swim platform and two panels that fold out from the hull sides. The space—which has direct access to the sea—can be used for sunning and socializing or as launching point for water sports. The lower deck includes four guest cabins and crew quarters (seven crew members are standard). On the main deck is a storage area for the toys and tender, with the full-beam owner’s suite aft. The upper deck has wide sunbathing areas toward the bow and saloon connected to a rear outdoor terrace.

The second configuration turns the beach club into a huge storage and diving area, with the possibility of adding extra freezers for owners who may want to stay at sea for weeks. “The indoor area on the main deck on this layout has been conceived as a true ‘open-air terrace that overlooks the sea,” says Zuccon. “It combines to create a single space with the cockpit.” The main deck also has two staterooms, while the other guest cabins are on the lower deck.

On the third layout, the large storage and diving area remain aft on the lower deck, along with the galley and two guest cabins. The tender and toys are stored aft on the main deck, but once they hit the water, the area can be used for socializing. The indoor space has been designed to be a terrace that overlooks the sea. The main deck also houses the dining room and two guest cabins. On the upper deck is a panoramic alfresco dining area, with a large rear-facing outdoor terrace facing and the master stateroom toward the bow. On all three layouts, the captain’s quarters are beside the pilothouse, while the crew cabins remain separate from the guest quarters on the lower deck.

“Our design philosophy was to create an expedition yacht that will not look dated as time goes on,” says Zuccon. “But we also wanted to design in flexibility for a clientele that has very different needs for their yachts.” (crn-yacht.com)