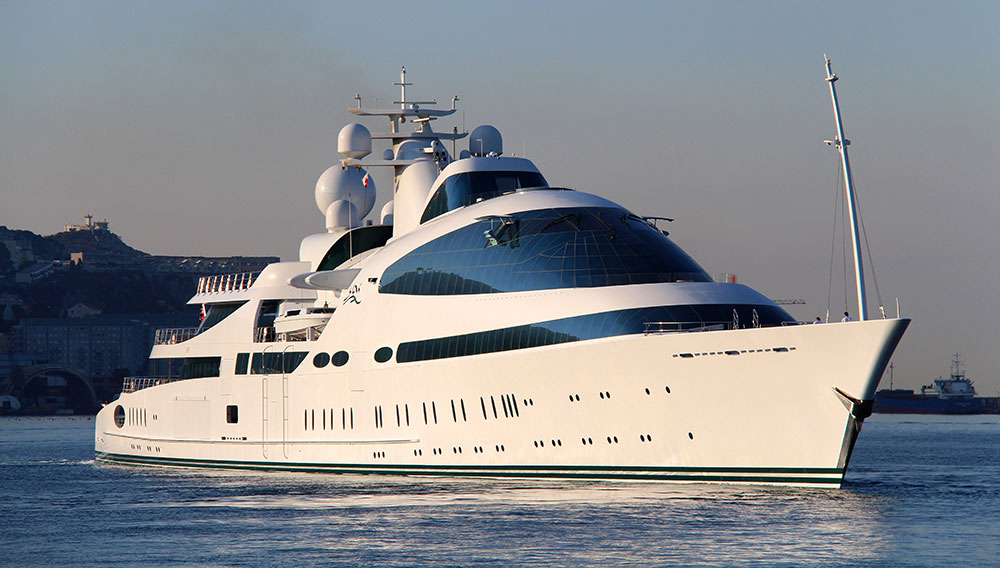 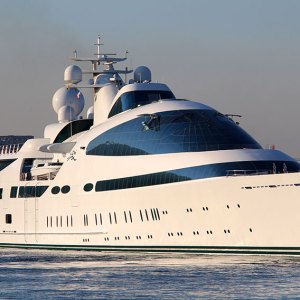 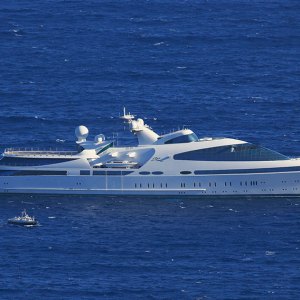 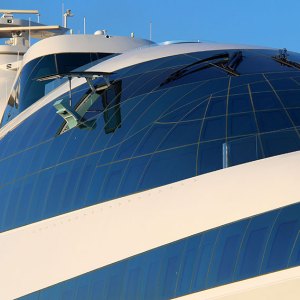 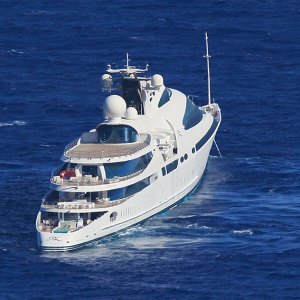 ADMShipyards’ 463-foot gigayacht Yas was spotted on July 27 at Cap Ferrat along the French Riviera.

Getting to peek inside the world’s largest and most exclusive yachts—often referred to as superyachts or gigayachts, for especially large examples—reveals the epitome of luxury living, but with these floating estates come hefty privacy agreements between owners and shipyards, making it notoriously difficult to procure details about the world’s most elite vessels. Also, with about 70 percent of the planet’s surface covered by oceans, even superyachts can find hiding spots, making them challenging to track down.

The 463-foot gigayachts Yas was launched in 2011 and is currently regarded as the eighth largest yacht in the world. A repurposed United Arab Emirates navy frigate, the ship was designed inside and out by Pierrejean Design Studio and features the following:

Yas is reportedly owned by Abu Dhabi’s Sheikh Hamdan bin Zayed bin Sultan Al Nahyan, and this is believed to be its first time in the region. Four days prior, it was reported plying the waters off Gibraltar at the southern tip of Spain.