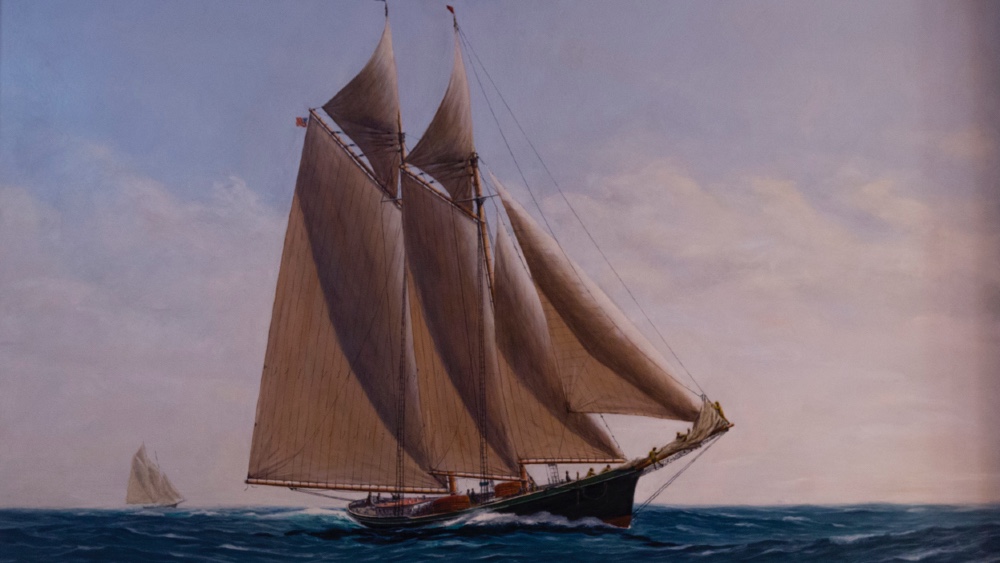 Superyachts are customized works of art. They’re also the ideal space in which to exhibit unique artwork, which is why a growing number of yacht owners are choosing to house their priceless collections on board.

Paintings, photographs and furniture choices reflect an owner’s personal identity. When on board a superyacht, the fully controlled temperature and humidity can provide ideal conditions for storing artwork, says Marcela de Kern Royer, founder of Onboard Group.

“It is an interesting fact that superyachts are considered safe places to store art, more than in private properties,” she told Robb Report. “Many yacht owners keep onboard paintings and sculptures that are often worth more than the superyacht itself.”

The owners of Revelry have turned their superyacht into a floating art gallery with works by Roy Lichtenstein and Frank Stella.  Courtesy Revelry

The owners of 164-foot charter yacht Northern Sun have spent decades collating a collection of artwork, nautical antiquities and rugs from around the world that reflect their family history of seafaring and international travels. The artworks depict shipping through the ages from the clipper ships of the early 19th century to mid-20th century passenger liners. Many of the carpets on the vessel date from the early and mid-20th century and are fine examples of craftsmanship by Middle Eastern traditional rug weavers.

“Our willingness to acquire based mostly on a sense of personal connection has resulted in a very eclectic mix of works,” the owners told Robb Report, requesting anonymity. “We have lived in New England, London, Paris, China and Hong Kong, and all those places are represented on the walls of Northern Sun. The collection goes back decades. Some paintings are family pieces that came down to us from the previous generation.”

Notable artists, such as Danish-born Antonio Jacobsen, Indian-Chinese artist Lai Fong, and American painter George Savary Wasson adorn the walls of the seasoned explorer, chosen for their respective statures in maritime art history. Wasson’s Maine Coastal Scene carries the most meaning, as it’s a family piece that reminds the owners of “boating we did during sometimes-stormy New England summers.” They also admit to a “weakness for clocks.” Northern Sun’s main clock by J.W. Benson chimes the ship’s bells, even taking into account the short “dog watch.”

The owners of Northern Sun have collected artwork, furniture and rugs from the many places they have lived around the world.  Courtesy Northern Sun

It’s not just nautical art that appeals to owners, though. The owner of Jon Bannenberg-designed charter yacht Libra Y has a penchant for contemporary photography, paintings, sculpture and modernist furniture. Images by Nobuyoshi Araki and Piotr Uklanski sit alongside photographs captured by Louise Lawler, Roni Horn and Roe Ethridge. The first piece in the collection, Simon & Jessica Kissing in Yvon’s Pool, Avignon by Nan Goldin sits at the top of the central staircase. The owner’s favorite piece is by photographer Matthew Barney of his then wife Björk emerging from the water.

It is also common practice for owners to plan their collections with an interior designer, says De Kern Royer, due to the onboard limitations of ceiling height, lighting and weight. The interior design of award-winning, Royal Hakvoort yacht Revelry is the brainchild of David Ostrander, principal of Illuminus Design Group. He worked in concert with his art advisor, Todd Hutcheson of H is for House, who describes the experience as “a journey within a journey that begins as soon as you step aboard.”

Much of the work on board Revelry is from mid-century artists, including Frank Stella, Robert Mangold, Robert Motherwell and Alex Katz. “I curated the collection for the boat around the family collection, their personal taste and style,” he told Robb Report. “The collection is playful, challenging, intriguing, timeless and always visually stunning.”

Libra combines mid-century design in the furniture and layout with prints and photographs from many of the world’s most celebrated artists of the period.  Courtesy Libra

Paintings, sculpture, original works on paper, limited-edition print works and photographs are echoed in the mid-century modern furniture. “The untrained eye will latch onto Lichtenstein’s Shipboard Girl and Robert Indiana’s Book of Love series,” Hutcheson told Robb Report. “But the art historian will draw focus on the original Hans Hofmann ink on paper works in the main salon, understanding that Hoffman is known as the father of abstract expressionism, having taught a great number of the artists featured in the collection.”

The desire to exhibit art on board is catching. In 2023, Frédéric Jousset hopes to become the owner of ArtExplorer, the world’s largest catamaran. His vision for the 151-foot concept designed by Axel de Beaufort and Oki Sato is for a floating museum that will travel form port to port “democratizing the arts.” That will transport art on board to a new level.