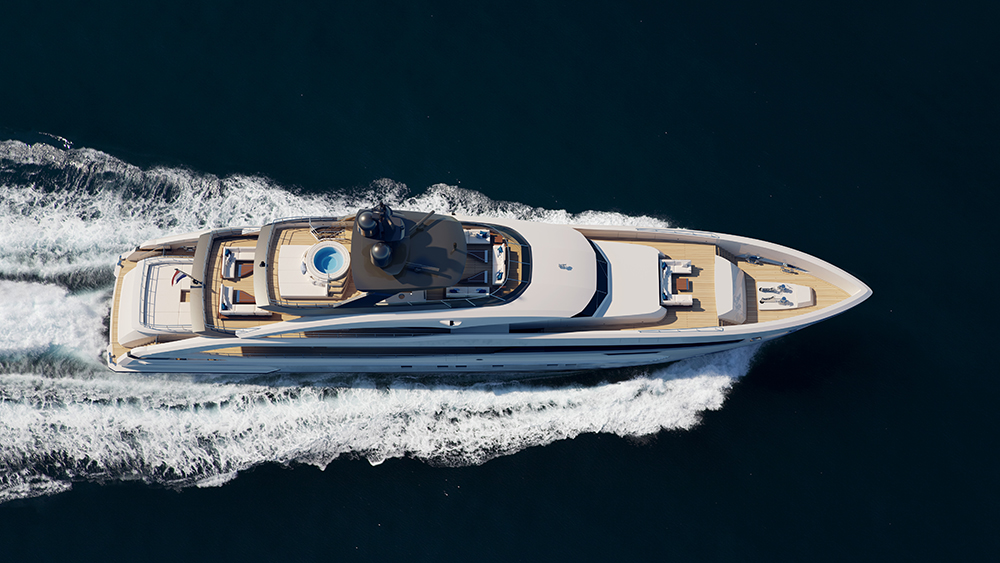 The next wave of boat buyers could find themselves aboard a vessel propelled by a colossal kite sail, turning what was once the realm of what-if into the now-possible. The superyacht industry has made strides, great and small, in the last five years to become a global eco-player. Hybrids are becoming increasingly common, giant boats such as the 600-foot REV Ocean are doubling as mobile research vessels and the most forward-looking builders are experimenting with zero-fossil-fuel propulsion—from full solar to kite sails to sci-fi-level converters that create instant, renewable electric power.

In the next six months, expect an even greater sea change, not only in the way the yacht world measures sustainability but also in how it deals with emissions. Two families responsible for the world’s largest superyachts, Lürssen and Feadship, are leading the transformation by forming the nonprofit Water Revolution Foundation (WRF). The initial goal is to create a science-driven approach to yacht building.

But its mission is even larger: Neutralize the ecological footprint of the superyacht industry to help preserve the very thing that means so much to boat owners—the aquatic environments beneath them.

Henk de Vries III, fourth-generation CEO of Feadship, said he and Peter Lürssen, fourth-generation leader of his family’s shipyard, spoke about the idea a few years ago. “‘If we’re going to do this, we have to be serious about it,’ Peter told me,” de Vries said recently at an industry forum in Amsterdam. “I agreed. We have very high goals.”

WRF wants to ignite a revolution in the superyacht sector by adopting new technologies and measuring environmental impact. So that it’s not just pie-in-the-sky green chatter, the group factors in yacht-building’s economic issues as part of its formula by providing new tools with built-in carbon calculators to connect the dots between greener supply chains, eco-friendly design and a boat’s lifespan.

De Vries has lofty expectations for Feadship: He wants new superyacht builds to use only hybrid power or be fully electric by 2025. That target is supported by a growing number of young Feadship owners. “The ones not falling in line are older project managers who don’t want to abandon proven technologies for new ones,” he says.

Other shipyards are investing to make boat manufacturing more environmentally friendly. The Ferretti Group’s new plant at its Ancona, Italy, facility combines cooling, heating and power to cut electricity use by up to 79 percent, and is adding solar panels to help generate its own juice.

“We’ve used recyclable materials on superyachts for years, but manufacturing demands the most far-reaching measures,” notes Stefano de Vivo, Ferretti’s chief commercial officer. Gigayacht builder Oceanco is also embracing sustainable tech at its facility in Alblasserdam, Netherlands. Its new heat-recovery and pump system should slash its natural-gas consumption in half, and here, too, solar panels will provide about 10 percent of the facility’s energy needs. Taking that one step further, Italian builder Sanlorenzo recently installed about one and a half football fields of solar panels as part of its plan to become fully energy self-sufficient.

The third change to sweep yachting is an international regulation that mandates a 70 percent reduction in nitric-oxide emissions—a major polluter—from vessels 78 feet or longer. A special converter needs to be added to engines to get the job done, but it’s cumbersome.

That lack of engineering elegance is now prompting a redesign of engine compartments and hulls. Builders such as Heesen have even designed faster, more efficient hulls, including the 5000 Aluminum Class on its new Aquamarine project, to meet the regulations. Bilgin, CRN and other yards are also out in front with innovative designs that already check all the regulatory boxes.

All this is good news for yachting and owners. Besides creating cleaner vessels, the world’s shipyards are now looking at the bigger picture—the health of the oceans where their yachts sail—so the pleasure will be just as thrilling and beautiful in 3020 as it is today.