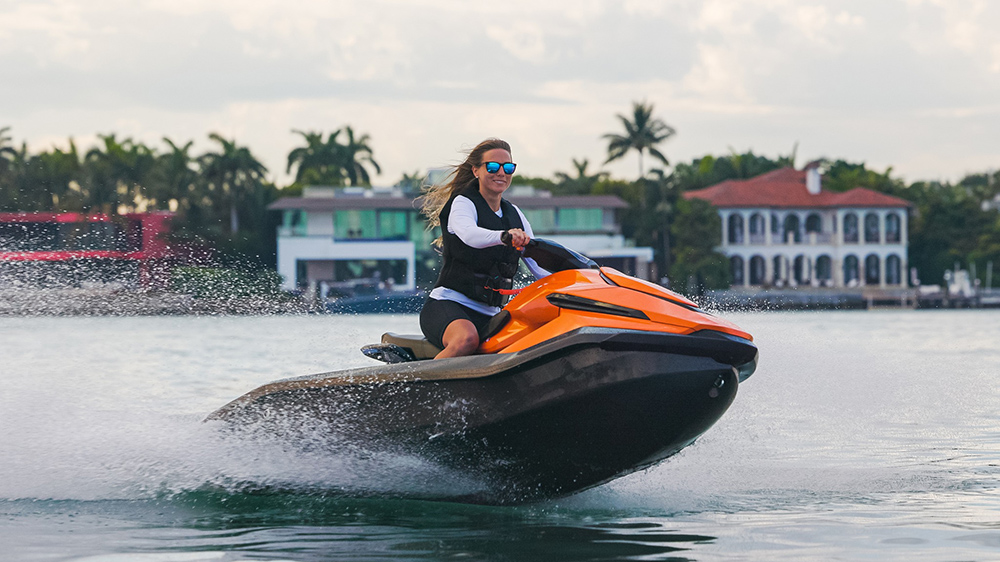 Taiga Motors wants to put a charge into to your next trip to the lake.

After two years of development, the Canadian company has begun deliveries of an all-electric personal watercraft (PWC) called the Orca. The sporty jet ski packs all the fun of its gas-powered peers—just without all the noise.

The Orca isn’t the first battery-powered PWC see we’ve seen, but it is the first to go into mass production. Its electric powertrain promises to pack a serious punch. The brand says the unit, which is the same one used in its electric snow mobiles, can pump out up to 160 hp, more than enough to cut through the water with ease. The biggest difference, though, will be what it sounds like. Just as with EVs, the powertrain on an electric PWC operates in silence. That means that when you’re out on the Orca the only sounds you’ll hear are the surf and any exclamations of joy that may leave your mouth.

The setup gets its juice from a 24 kWh battery that should give you about 28 miles of range. How long that range lasts will vary, especially since the watercraft has three modes—Range, Sports and Wild—each of uses more power than the last. Level 2 charging also means you can completely recharge the vehicle in around 3.5 hours.

The Orca’s design isn’t anything to write home about. The brand seems to understand that anyone who buys its PWC is buying it for its powertrain, not its look, which is similar to that of gas-powered models made by Sea-Doo and Yamaha. The vehicle measures just over three-and-a-half feet, which means there’s more than enough room for you and a passenger. Three models are available—Sport, Performance and Carbon—which are available in seven colors. The top-of-the-line model, the Carbon, has a unique carbon-composite hull and offers Level 3 charging, which allows refill 80 percent of battery capacity in just a half hour.

“This is a significant moment for the Taiga team because not only are we kicking off summer with Orca deliveries, but we are proudly marking the milestone of the first-ever mass-produced electric watercraft available to consumers,” Taiga CEO Samuel Bruneau said. “Years of engineering and testing of our revolutionary electric powertrain platform in snow and water has now come full circle, truly changing how people connect with the outdoors.”

Looking to add an electric jet-ski to your arsenal of watercrafts? The Orca is available to order now through the Taiga website. The electric PWC starts at $17,490, while the range-topping Carbon goes for $26,500.