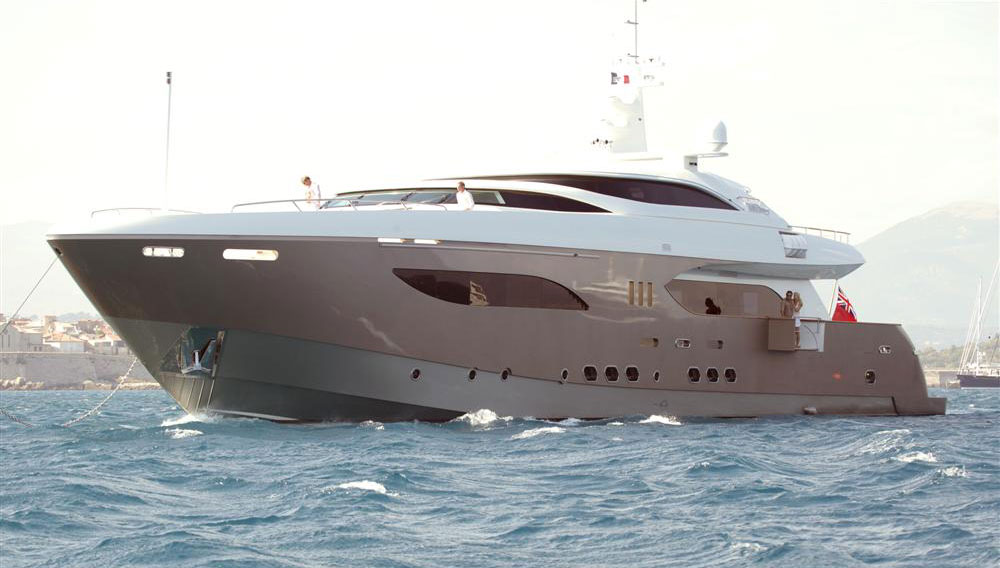 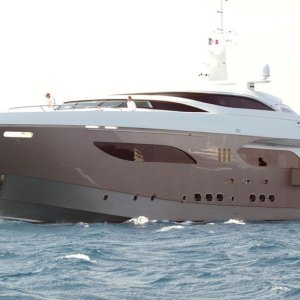 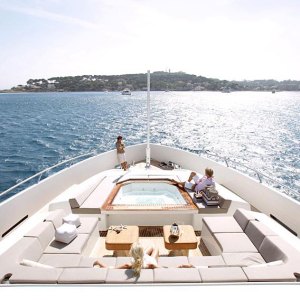 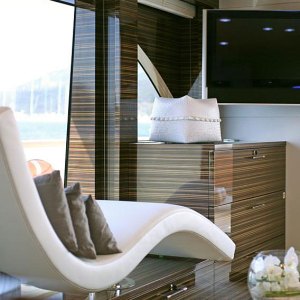 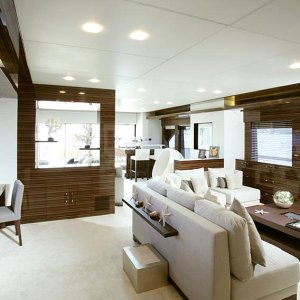 This maiden launch from Tamsen Yachts in late 2009 was a home run. The 133-foot yacht was nominated for several design awards. The yacht not only looks sleek, but the wide 28-foot beam allowed the designers to build more space into the interior, while promoting judicious deck space on the exterior. The master suite is more like a self-contained apartment, with office, private bar, separate sitting area with plasma-screen television and three walk-in closets. Tamsen got the proportions just right on taTii and included enough windows and skylights to make it bright, airy, and opulent.