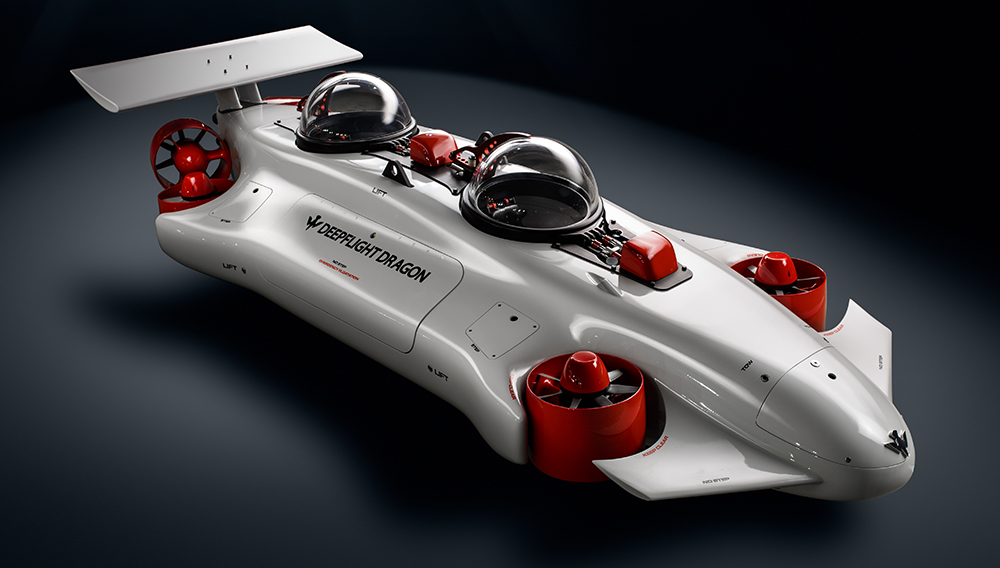 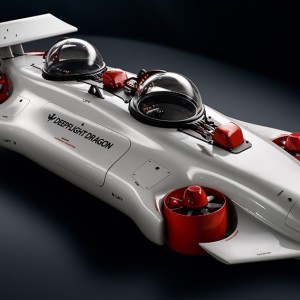 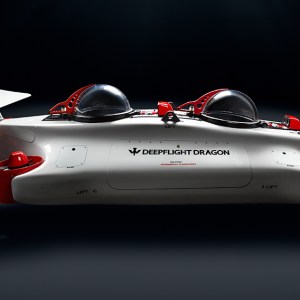 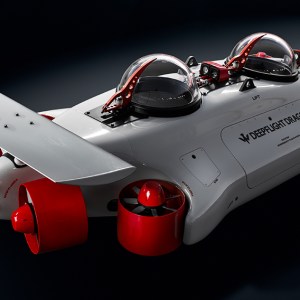 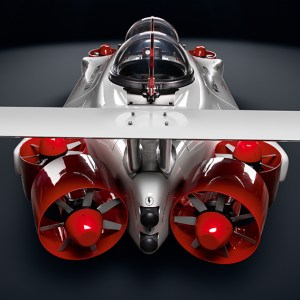 On a recent Saturday morning on the western shores of Lake Tahoe in Northern California, Graham Hawkes gave RobbReport.com a demonstration in his newest toy, the DeepFlight Dragon submersible, which is quite possibly the easiest-to-operate vehicle of its kind. Hawkes—who is the proprietor and lead engineer of the submersible manufacturer DeepFlight, headquartered in the San Francisco Bay Area—hopes the Dragon will revolutionize the recreational submersible market by giving resort guests and superyacht passengers a highly capable underwater craft that operates more like a toy than a submarine requiring an experienced operator to safely pilot it. Indeed, the 16-foot-long Dragon sub is no bigger than most day boats and superyacht tenders, and it is just about as easy to operate.

Like the winged DeepFlight Super Falcon—which is currently available for use by guests staying at the Laucala Island private-island resort in Fiji—the new Dragon was constructed to have fixed positive buoyancy with auto-surface, meaning that the subs float naturally and only submerge when their electric propulsion systems and thrusters are set to dive. Both subs are pressurized, have a maximum operating depth of about 400 feet, and feature tandem seats covered by polished cast-acrylic canopies that provide uninterrupted underwater views. They both can operate in fresh or salt water in virtual silence under electric propulsion, and their lithium-iron-phosphate battery packs enable about 6 hours of operation on a single charge. The Super Falcon cruises under water at 6 knots, the Dragon at 4 knots. Both DeepFlight subs are also considerably more agile than traditional recreational submarines from companies like Triton and U-Boat Worx.

The 22-foot-long Super Falcon is designed to operate somewhat like an aircraft—with its rear-mounted electric thrusters, midship and tail wings, rudder pedals, and fly-by-wire controls—and as such it is capable of aerobatic-like underwater stunts, such as loop-the-loops and barrel rolls, which Hawkes calls “hydrobatics.” It also requires more training and experience to pilot than does the Dragon, which has much more simplistic, even video-game-like controls.

In addition to a pair of rear lateral thrusters, the Dragon also uses two sets of vertical thrusters (at the nose and stern) to give the sub hovering capabilities. These are controlled with a single lever on the left side of the sub’s cockpits that govern depth. (The sub can be controlled by either the front or rear pilot.)  On the right, a joystick controls forward thrust and steering—and that’s basically it.

The sub is equipped with an automatic stabilization system that keeps it level during pitch and roll, as well as with the DeepFlight Dive Manager. This system allows the operator to preset certain limitations, such as depth restrictions to prevent contact with the bottom or coral reefs, for example—so that the pilots can focus on exploration and taking in the underwater sights.

My demonstration of the Dragon launched from the dry dock at the Homewood Marina, which hydraulically lowers watercraft into the lake. From there, Hawkes (call sign Gray Hawk) took the sub out of the shelter of the marina and into the open waters of Tahoe, which look even bluer below the surface than they do from above. Hawkes then gave me (call sign Ricochet) the conn and, with only a very brief instruction before entering the sub, I was very easily able to manage the controls. I took it to a depth of about 40 feet and performed various maneuvers, including making multiple bank turns and steering the sub underneath our watch boat and a diver. The Dragon’s brushless, 40-volt DC drivetrain and protected propellers make it safe to operate near swimmers and marine life.

Hawkes has piloted his Super Falcon sub in close vicinity of coral reefs and humpback whales. Famously, when he and Sir Richard Branson were testing the Super Falcon in the Bahamas, a great white shark swam alongside them. It is Hawkes’ intention that the new Dragon will make such experiences available to more people than just submersible designers and billionaire adventurers.

The Dragon is offered with custom trailers and launches for land, docks, and yachts, to make it as easy to transport and get in and out of the water as a ski boat. The sub can be equipped with underwater lighting systems and GoPro high-definition underwater video recorders to capture underwater adventures that few people have ever experienced.

The DeepFlight Dragon starts at $1.5 million and will make its public debut at the Monaco Yacht Show on September 23. (deepflight.com)