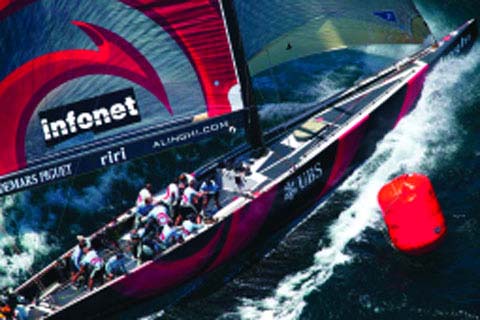 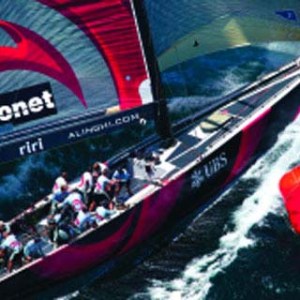 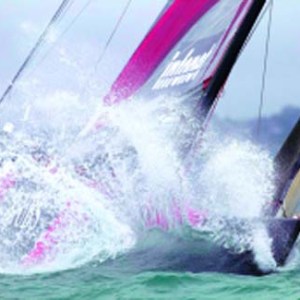 What began as a competition devolved into a laugher. Five times Alinghi faced Team New Zealand, the reigning America’s Cup champion, and each time the Swiss syndicate won decisively, snatching the cup in a 5-0 sweep.

To be sure, skipper Russell Coutts and his onboard crew—most of whom were recruited from Team New Zealand’s previous cup victory—merit praise for their decision making and their maneuvering of the Swiss vessel. A phalanx of behind-the-scenes contributors, including meteorologists, engineers, and technicians, also contributed to the shutout.

The star of the show, however, was the boat itself: SUI-64. For three years, the Alinghi syndicate focused all of its efforts on designing the perfect platform for its victory. A group of naval architects, engineers, and sail designers began working on the 12-meter America’s Cup Class vessel in 2000. The process began in Switzerland, where a research and development team built scale models of the future SUI-64 and developed software and computer programs to test virtual boats. Alinghi also partnered with France’s Ecole Polytechnique Fédérale de Lausanne, where15 researchers and 20 students ran computer simulations and researched component materials and fluid mechanics for the Swiss team.

After testing was completed, Decision SA, a Swiss company located on the shores of Lake Geneva, constructed the hull by fusing a proprietary blend of wood, resin, and carbon fiber, while North Sails produced 60 Mylar and Kevlar sails.

Alinghi, sponsored by watchmaker Audemars Piguet, rolled through the Louis Vuitton Cup, defeating Oracle BMW to advance to a showdown with NZL-82. “Comparing SUI-64 to NZL-82, we like the boat we have,” Alinghi designer Manuel Ruiz de Elvira said before the races. “NZL-82 has a longer bulb, which is fast in straight-line speed because the center of gravity is lower, but it will make maneuvering more difficult in the pre-start sequences and tacking duels.”