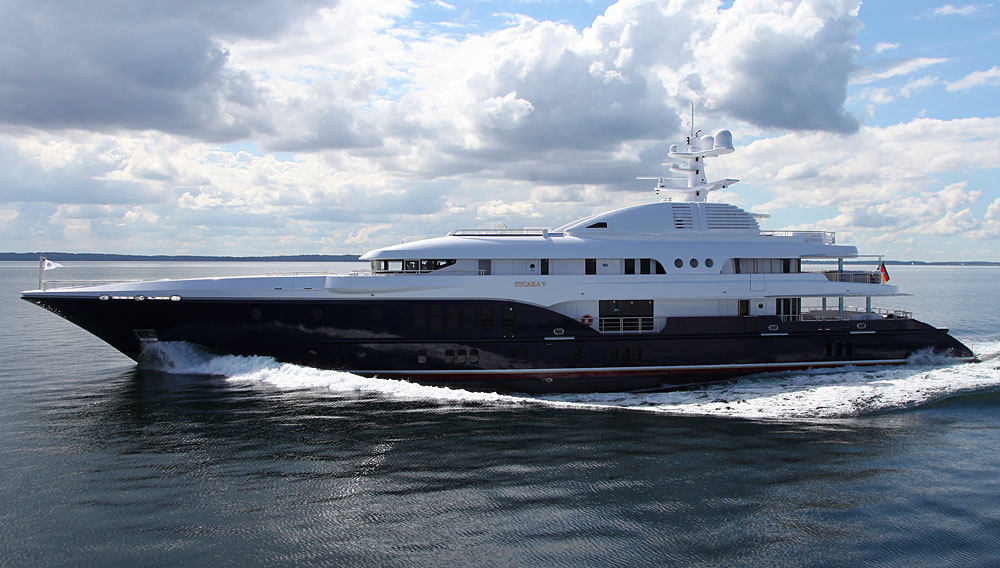 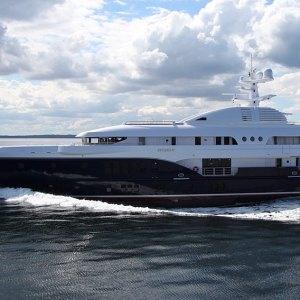 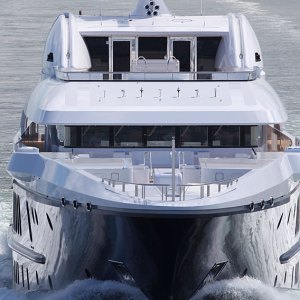 Hot on the heels of the August launch of Nobiskrug’s Jamaica Bay, the sublime 223-foot (68-meter) Sycara V debuted to the world at the Monaco Yacht Show in September. Its sturdy exterior houses an interior that exudes light and a spacious, barrier-free modern flow. Built in steel and aluminum, Sycara V’s go-anywhere exterior styling was a cooperative effort between Nobiskrug’s in-house naval architects and Australian designer Craig Beale of Pure Detail, who also took care of interior design.

Spread out among five decks, with an elevator in between, Sycara V leaves nothing to want. It accommodates 12 guests in a bridge-deck master suite with huge windows and private deck space and five lower-deck staterooms, two of which feature Pullmans. Sycara V also sleeps 17 crew, and space in the extra bridge-deck cabin can be used to accommodate a nanny.

Besides plenty of room for nocturnal rest, Sycara V offers up alfresco lounge space galore. On the sundeck, guests will enjoy movable chairs and the custom eight-person hot tub, as well as the aft barbecue area with bar and stools, plus a convertible coffee/dining table for 12. Shade sails can be moved around to provide sun reprieve to any of these areas. A glassed-in gym and a massage room also share space on the sundeck.

The beach club beckons from way down at water level. Here, guests will discover a bathing-platform/lounging area, bar, and a day head with shower.

On the main deck, the central salon with another bar and the formal dining room share space, but the dining area can be closed off via circular doors or opened to the aft deck. Tucked away in the central salon is a piano, as well as a couple of TVs.

A pair of Caterpillar 2,100-horsepower engines provides Sycara V with a top speed of 17 knots and a range of more than 5,000 nautical miles, giving the vessel trans-Atlantic capability.

Located on the banks of the Eider River in Rendsburg, Germany, Nobiskrug began building boats in 1905, and in recent years has launched such head-turning megayachts as 777 and Siren. Abu Dhabi Mar acquired the yard in 2009, giving Nobiskrug the funds needed to weather the economic downturn. Stay tuned for the next big launch: the 243-foot Sapphire. (www.nobiskrug.com)