Imperial Yachts, headquartered in Monaco, quietly announced its secret gigayacht project with German shipyard Lürssen has completed its sea trials in the North Sea. With graceful and sophisticated exterior lines from noted Monaco-based yacht designer and naval architect Espen Øino and an interior to match from UK-based designer Mark Berryman, news of the 446-foot Project Shu gigayacht was a surprise to many.

Highlight features of this low-key (yet large) project include a couple of big-aircraft helipads—one on the aft sundeck and the other on the bridge deck—and a huge swimming pool that runs across the aft main deck. Deck space abounds aboard Project Shu, with both sunny and shady, formal and open options. Getting into, onto, and beside the water is made easy via swim platforms and terraces. 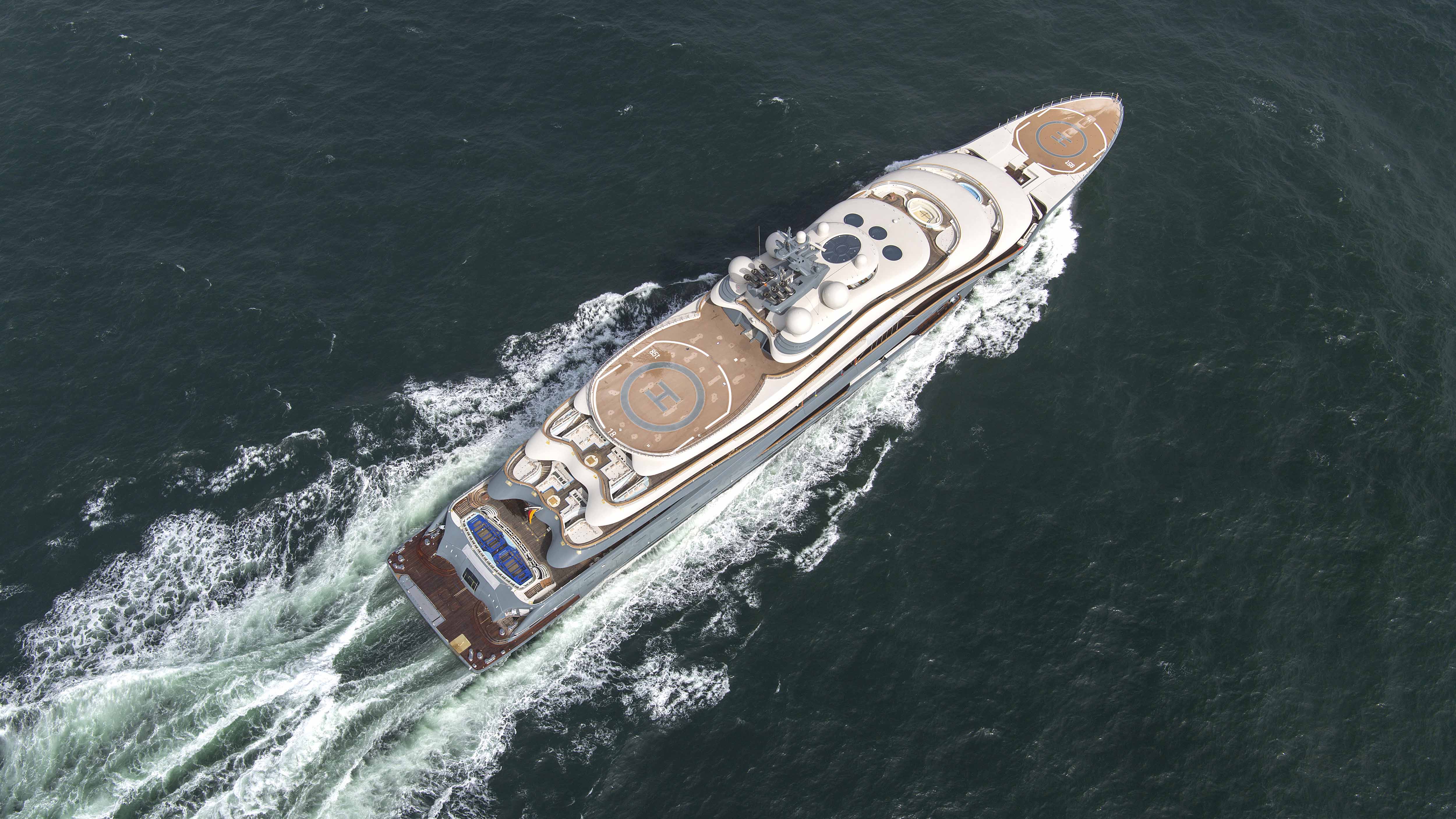 Berryman’s soft, neutral interior decor creates an ambience of calm. How the owners made use of the yacht’s 67-foot beam will remain a mystery until the yacht is delivered and Imperial—Project Shu’s broker, owner’s representative, build supervisor, and now operational manager—releases more details. 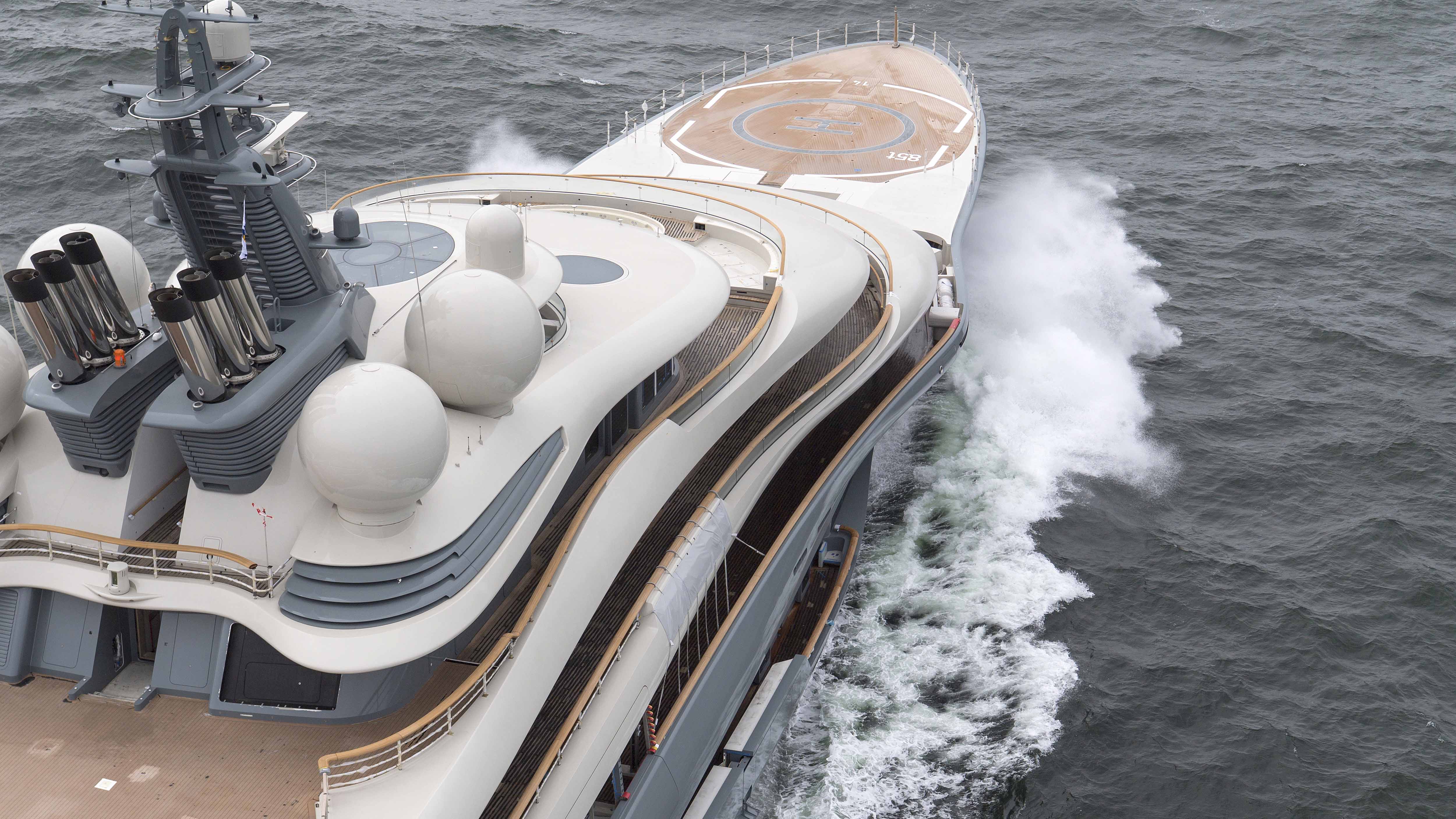 At 446 feet, Project Shu joins a short list of world’s largest yachts. It comes in at number 13, tying with the Blohm + Voss gigayacht Savarona, which was launched in 1931 and refit in 1992. Project Shu comes in just above the 440-foot Fincantieri yacht Serene, owned by Prince Mohammad bin Salman. The top of the list is also a Lürssen-built yacht: 591-foot Azzam, launched in 2013. Lürssen built seven of the gigayachts in the top 15, and Espen Øino designed five. 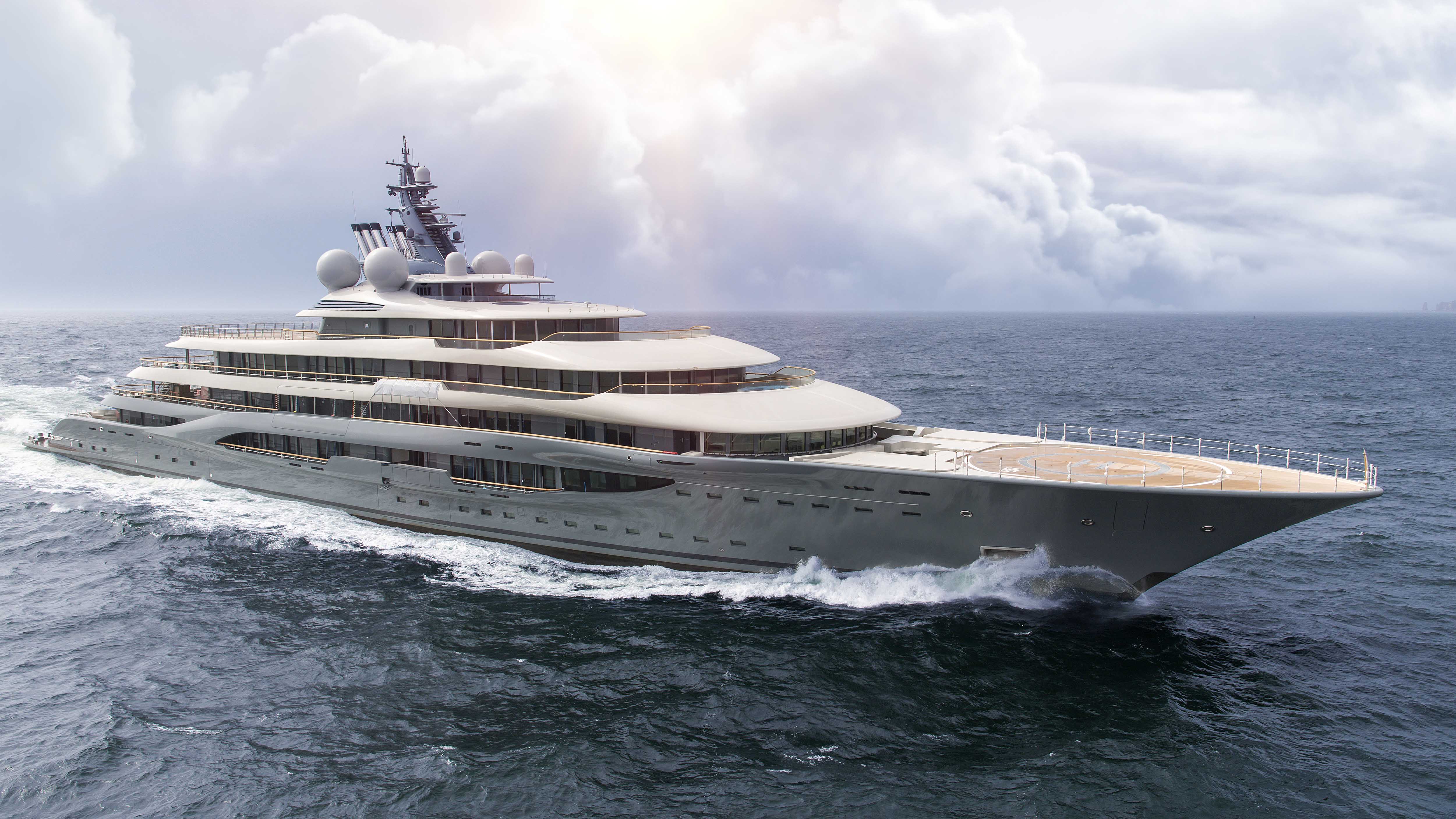 The lovely Project Shu is scheduled to be delivered to its owners this fall, and we will share the details.