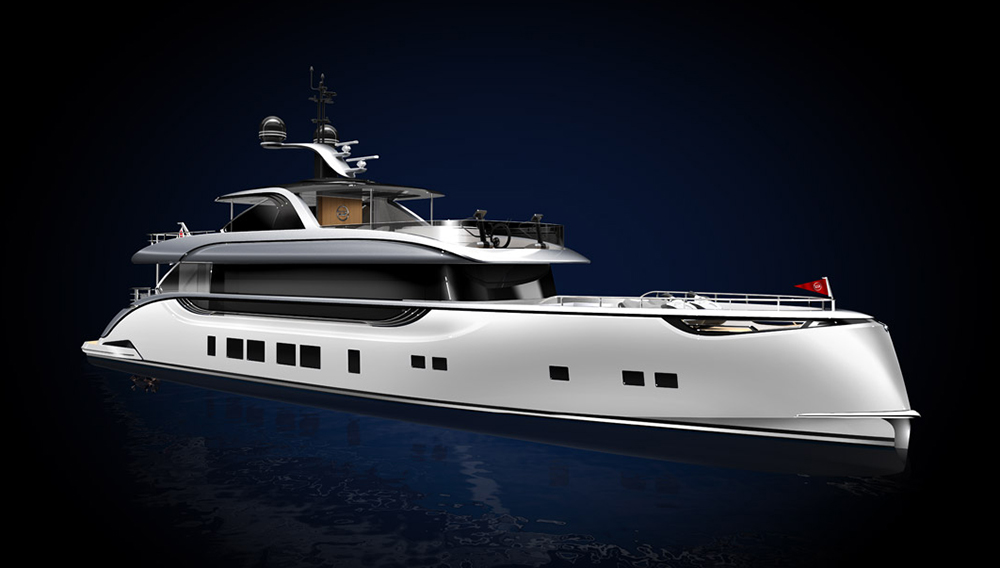 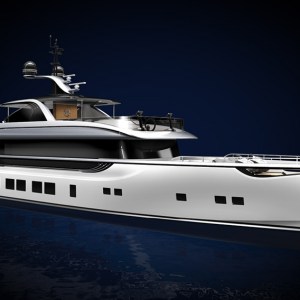 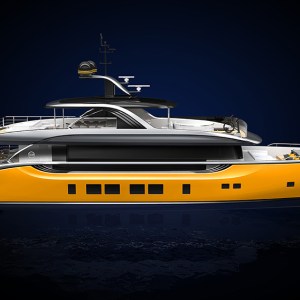 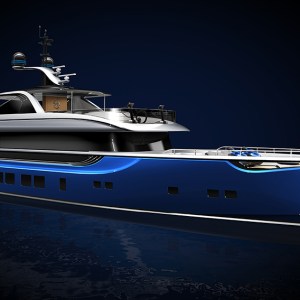 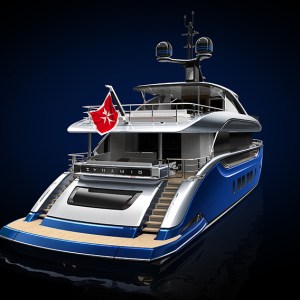 The Monaco yacht design firm Dynamiq has launched a new yacht category it calls the Gran Turismo Transatlantic (GTT) line. The concept behind the three GTT models—the 127-foot D4 and S4 versions, and the stretch 131-foot D4 L limousine—is to imbue a superyacht with the soul of a grand tourer sports car.

Starting with a blank slate in 2011, Dynamiq brought together some of the world’s best naval architects and yacht designers to create what they believe is a truly next-generation motor yacht. The exterior certainly looks modern, with a rounded, plumb bow and squat hull sides, but the semi-displacement running surface is what makes the series unique. Its 5 foot, 9 inch draft is unheard of for a 130-foot yacht, while the 21- to 25-knot top speeds will be a draw for owners who want to cruise at reasonable speeds. But the real beauty of the D4 is its transatlantic range of 3,000 nautical miles at 10 knots.

Sensing an opportunity for a new yacht style, the Monaco broker Sergei Dobroserdov—who designed a yacht for Robb Report’s 2012 Ultimate Gift Guide—founded Dynamiq in 2011. Instead of just another wedding-cake megayacht (with a generic stacked-deck design), Dobroserdov penned the exterior design himself, while assembling a dream team of naval architects from Azure and Van Oossanen, as well as the yacht design firm Bannenberg & Rowell Design—which conceived a yacht for Robb Report’s 2013 Ultimate Gift Guide. The result is a yacht that is modern inside and out, but with all the advanced technology and luxuries of a smart mansion.

The designers paid attention to details, such as stabilizers, but also big-comfort features: the 1,292-square-foot sundeck, interior headroom that is 6 inches higher than that of many yachts in the same class, natural interior lighting in the guest areas, and reduced noise and vibration levels.

The keel of the first D4 was laid last year at the NCA shipyard in Carrara, Italy. The D4 will be built to RINA Comfort Class, RINA Green Star Plus, and LY3 commercial codes.

The D4 (from $15.26 million) will be powered by MAN diesels with Fortjes pods, for a top speed of 21 knots. The S4 sport version (from $16.63 million) has larger MTU diesels for a top end of 25 knots. The D4 L version (from $16.2 million) is 5 feet longer at 132 feet, with carbon fiber built into the design of both the exterior and interior, along with bespoke options not available on the other models. The Dynamiq website has a configurator that allows potential clients to design their own yachts. The first Dynamiq D4 will be shown at the 2016 Monaco Yacht Show. (bedynamiq.com)