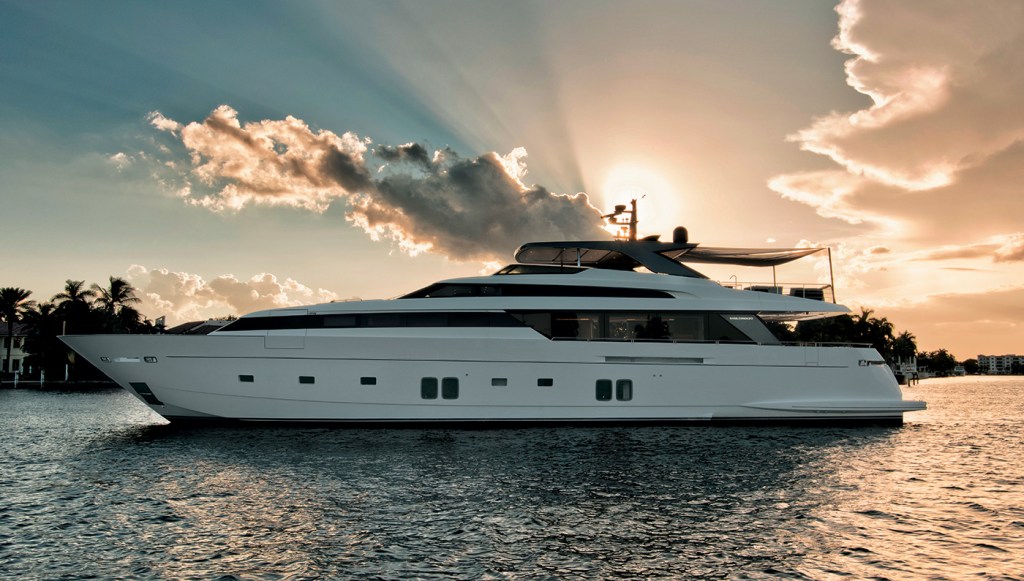 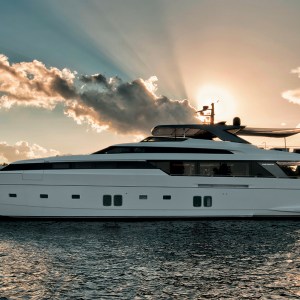 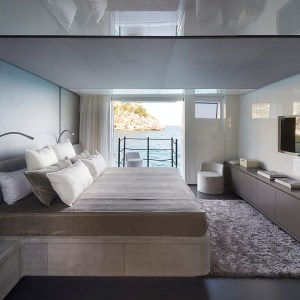 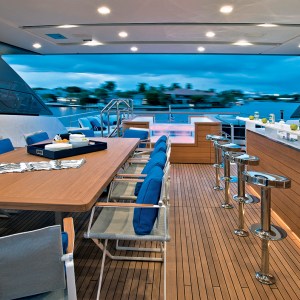 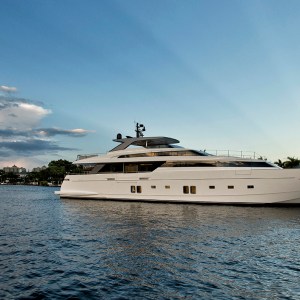 While many Italian shipyards are increasingly building stylish but generic yachts to attract a broader clientele, Sanlorenzo has stayed true to its design roots. The Sanlorenzo SD126 and SL118 yachts, the flagships in their respective lines, reflect quintessential Italian beauty. Both share long, graceful hulls defined by aggressive entries at the bow and superstructures that are angular but not boxy. Their profiles are unapologetically masculine, but exude a sense of elegance that only Italian builders like Sanlorenzo can pull off.

The SL118, with a top speed of 29 knots, not only quickly gets owners where they want to go, but boasts an unusually large interior for a superyacht with a planing hull. Sanlorenzo’s tagline, “Made to Measure,” also means that owners can customize the interior, such as choosing from three layouts on the main and lower decks. One constant is a full-beam owner’s suite in the forward section of the main deck, which, as the only stateroom on the level, creates a measure of privacy. The spacious suite has multiple configurations, but they all include a fold-down balcony for the owner’s private use.

Social areas are plentiful throughout this Sanlorenzo, from the main saloon, with side windows that open electrically (a first in the superyacht world) to a large upper deck with a wet bar, to the open-transom beach club. Belowdecks are four guest staterooms, which can also be custom-configured to the owner’s specs, and crew quarters for five. The SL118 is designed to get to and from destinations quickly, but its 7-foot draft allows it to navigate shallow-water cruising grounds like the Bahamas with no difficulty.

While the SL118 minimizes the time under way to a destination, the SD126 will make the most of it. The 126-footer can reach speeds of 17 knots, but many owners are happy enough at slower displacement speeds that let them cruise for weeks at a time. The exterior has an abundance of social areas, such as the forward third with its hot tub at the bow and matching tables and lounges. The sundeck has a hot tub, a wet bar, and lounges. The shaded area on the deck below is designed for alfresco dining.

The interior is also a haven for long trips. Sanlorenzo designed the expansive saloon as an open room, with no pillars or transverse bulkheads. The sense of openness expands even more whenever the side door and large balcony are opened, providing unbroken views of the water. The full-beam master suite also seems larger than one would find on a traditional 126-footer, equipped with an office, his and her bathrooms, and large windows. Belowdecks are four VIP staterooms and crew quarters for six. Like the SL118, the SD126 has a 7-foot draft, so it can access shallow, remote coves, and—if the owner chooses—stay there for a week or two. (sanlorenzoyacht.com)